What Is the Meaning of The Power of the Dog Title? Does it Refer to a Bible Verse? 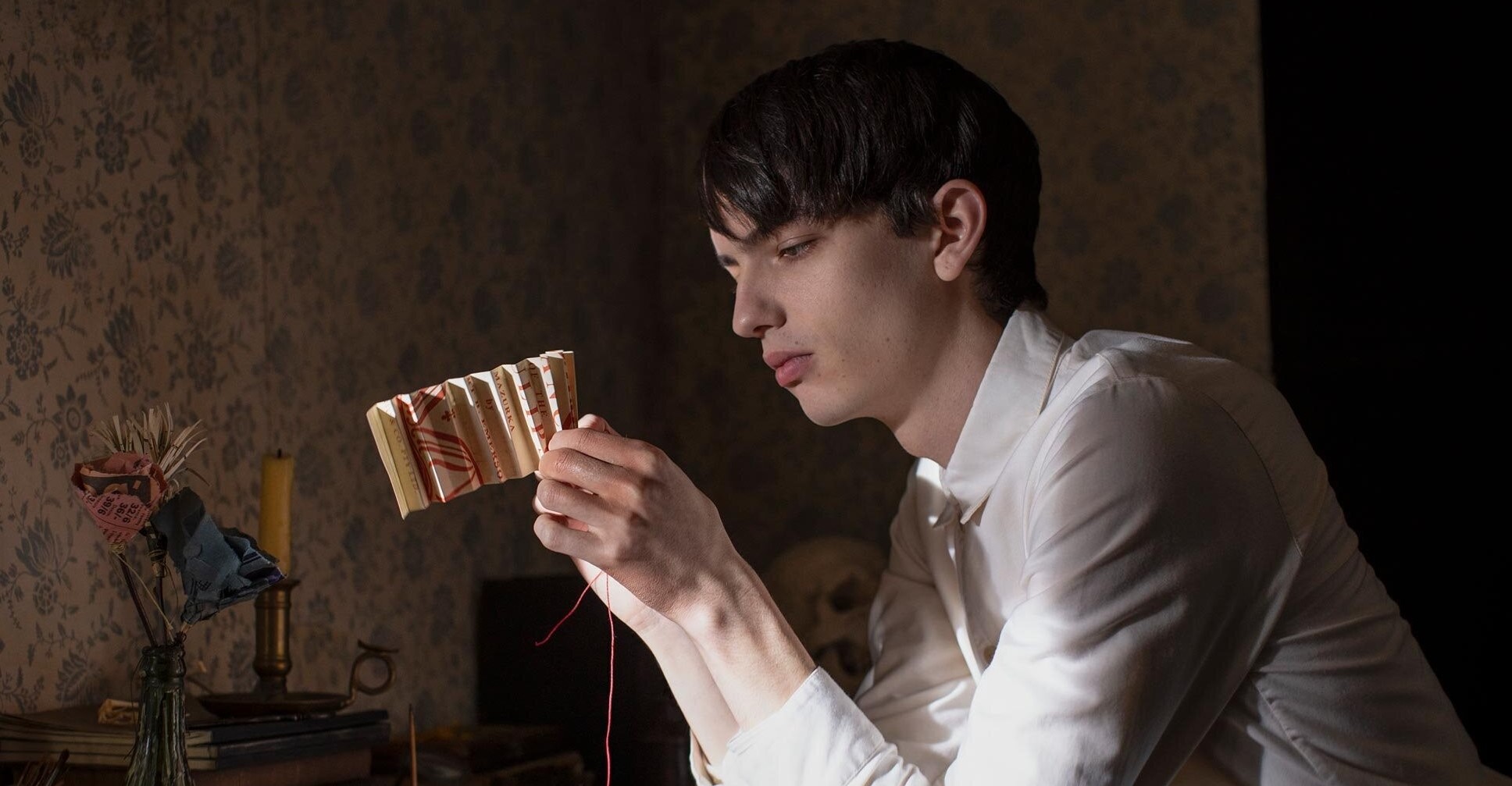 With ‘The Power of the Dog,’ filmmaker extraordinaire Jane Campion subverts the celebrated masculinity of the western genre by exploring it through a quintessentially feminist prism. The story follows brothers Phil (Benedict Cumberbatch) and George Burbank (Jesse Plemons), wealthy ranchers in 1925’s Montana. Their co-dependent and largely reclusive existence is interrupted when George marries Rose (Kirsten Dunst), a widow with a teenage son. With the belief that his brother’s new family has come between them, Phil explodes with malicious anger, tormenting both Rose and her son Peter (Kodi Smit-McPhee) with mockery, emotional cruelty, and threats of violence.

‘The Power of the Dog’ is an outstanding addition to the cache of western films, even though it challenges almost all conventional tropes of the genre. It’s a vicious but spectacularly beautiful movie, with its title perfectly denoting the core issues that the plot addresses. Here is everything you need to know about it. SPOILERS AHEAD.

What Does The Power of the Dog Title Mean?

The title of ‘The Power of the Dog’ is a reference to a verse in Psalm 22 of the Book of Psalms, which is a part of the Christian Old Testament as well as the third section of the Hebrew Bible. In King James’ Bible, the concerning verse or Psalm 22:20 reads, “Deliver my soul from the sword; my darling from the power of the dog.” While there are several other translations of the verse, Peter is shown reading King James’ version of the Bible in the film, so it’s only appropriate to just focus on that translation. 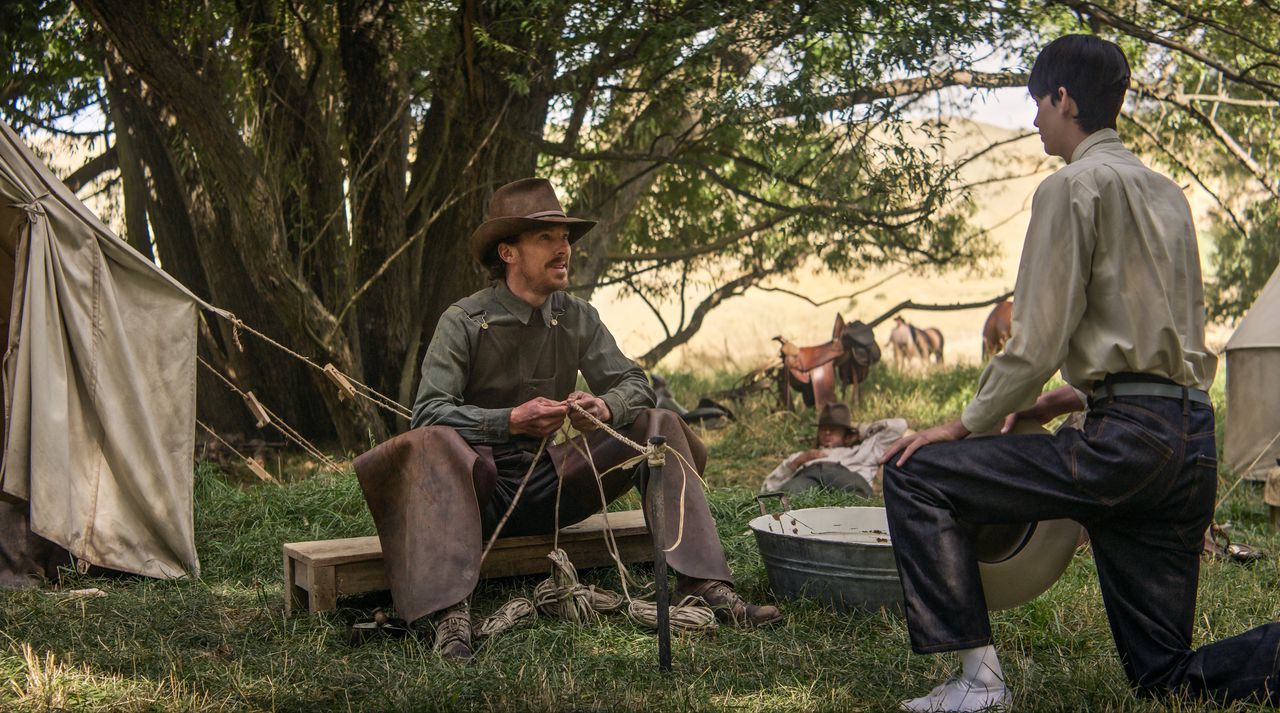 According to most Jewish and Christian interpretations, Psalm 22 is spoken by King David. In the previous verses, David draws parallels between the attacks by his enemies and those from a horned animal (Psalm 22:12), lions (Psalm 22:13), and dogs (Psalm 22:16). In verses 20 and 21, he proceeds to compare the enemies’ attacks to those of similar animals, only in reverse order. By doing this, he brings the imagery to a full circle. In verse 22:20, David presumably refers to his own life when he says, “my darling.”

Some Jewish interpretations associate Psalm 22 with Esther, the legendary Jewish queen of Persia. Verse 22:20 has been interpreted in several ways. According to one interpretation, the verse is a prophecy about Jesus Christ’s suffering during the Crucifixion, with the “sword” denoting the authority of the Roman government in the Jewish lands and “my darling” representing Christ offering his own life to God for the sins of others. 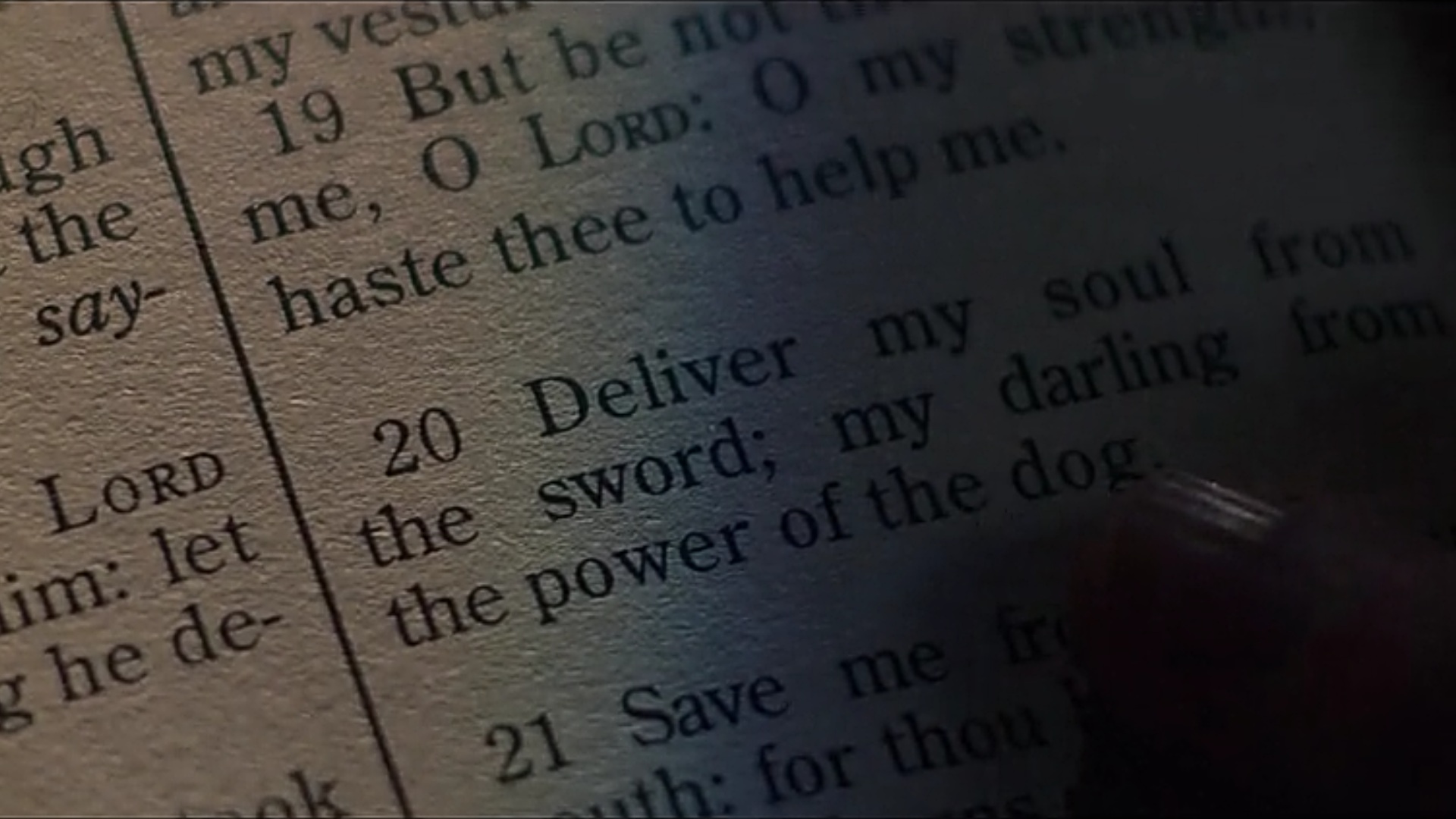 The verse serves as the core metaphor in Campion’s film. In one of the final scenes, after he has caused Phil’s death, Peter sits down with a copy of King James’ Bible and reads the passage. But, unlike David, who asks God for his deliverance, Peter has taken matters into his own hands. He has become his own deliverance. Phil is the “sword” in the context of the film. By causing his death, Peter protects himself and doesn’t necessarily rely on an unknowable deity.

However, the film puts more focus on the latter part of the passage, as after all, Phil assures the younger man that he will never have to be worried about him after Peter gives Phil the cowhide he needs to complete his rope. Phil never realizes that what he believes to be a gift is actually a death sentence, having been made out of the rawhide of a cow that died of anthrax.

Although Peter is safe, he knows that his mother will never be as long as Phil is alive. Rose is “my darling” in the film, and Phil and his cowhand followers represent “the power of the dog.” By killing the pack leader, Peter ensures the eradication of evil from his mother’s life. With her tormentor gone, Rose becomes sober again and can now look forward to a bright future with George.

The title can also be construed as denoting the ultimate victory of an underdog. In one of the interviews, Campion compared the struggle between Peter and Phil to the fight between David and Goliath. Peter recreates the age-old story through his triumph, where determination and intelligence always win against raw strength and cruelty.

Read More: Is The Power of the Dog Based on a True Story?