What Is the Meaning of the Scales Tattoo in Moon Knight? 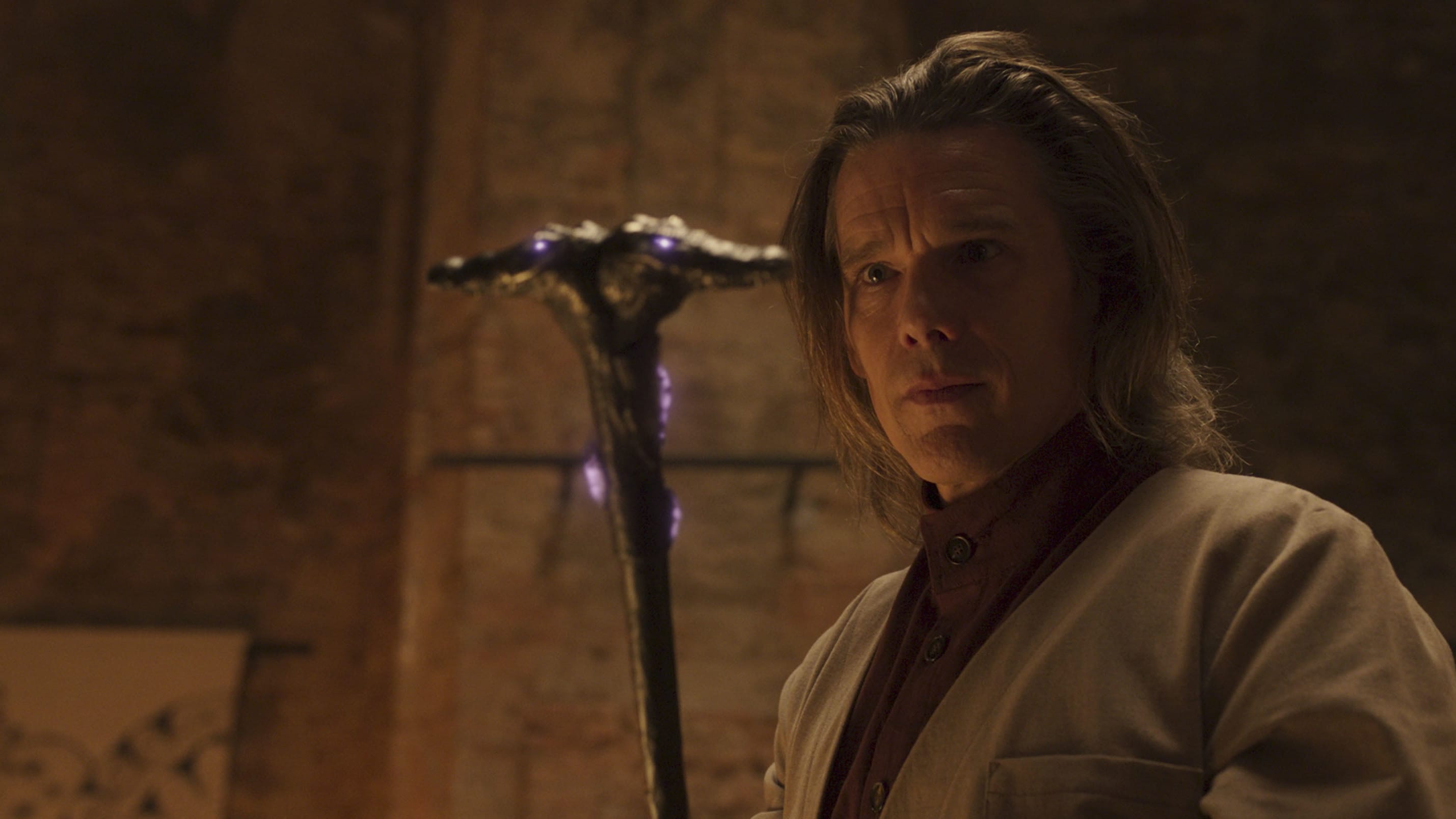 With ‘Moon Knight,’ Marvel Cinematic Universe’s shift toward a darker tone continues. The show revolves around Steven Grant (Oscar Isaac), a mild-mannered museum employee living in London. He initially seems to be suffering from a sleeping disorder and always sleeps with one of his feet restrained, fearing that he will not be on his bed the following day if he doesn’t. One day, he wakes up at an unknown place and encounters Arthur Harrow (Ethan Hawke), an enigmatic cult leader. Every member of Arthur’s cult seems to have a tattoo of scales on their arms. Here is everything you need to know about it. SPOILERS AHEAD.

What Is the Meaning of the Scales Tattoo?

The cult that Arthur leads is dedicated to Ammit. In the ancient Egyptian religion, Ammit is both a demoness and goddess in some sense. In traditional depictions, she has forequarters resembling those of a lion, hindquarters resembling those of a hippopotamus, and the head resembling that of a crocodile. She is associated with Anubis, the Egyptian god of death. The scales that we see in the arms of Arthur and his people likely represent the Scales of Justice.

After the dead arrives in Duat or the Egyptian underworld, Anubis places their heart on one side of the scales, measuring it against the feather of Ma’at, the goddess of truth. If the heart turns out to be lighter than the feather, the dead can continue their journey toward Aaru or the Fields of Reeds, the heavenly kingdom ruled by Osiris. If the heart is heavier, Ammit devours it, and the soul of the dead becomes eternally restless. This is why Ammit is also known by the titles “Devourer of the Dead,” “Great of Death,” and “Eater of Hearts.”

Marvel Comics’ interpretation of the character is more or less similar to that of the mythology. However, the MCU seems to have introduced certain changes to the mythology of Ammit in their adaptation. Here, she seems to serve the role that Anubis does in the mythology. From what Arthur tells Steven, Ammit was apparently imprisoned by her fellow gods and even betrayed by her avatar. The show creators seem to be reinterpreting Ammit as a powerful and megalomaniac deity who punishes everyone she perceives as an evildoer.

Steve claims that Ammit can see both into the past and future and judges people not just by their actions in the past but also by what they will do later in life. Arthur apparently serves as a vessel of her power. Unlike in mythology, where a person has to die to face judgment, Arthur uses his tattoo to judge his followers. And they are fanatic enough to willingly put themselves through it, knowing that there is a significant chance that they will die.