What is The Shadow in Netflix’s Fate The Winx Saga? Is It in Otherworld Now?

Netflix’s ‘Fate: The Winx Saga’ is set in a world where magic and supernatural beings are commonplace. The story begins with a young girl named Bloom who grew up believing that she was just another normal human being. In her teenage, she discovers that she is actually a fire fairy and that she was adopted by human parents. This completely changes Bloom’s perception of herself and leads her on a quest to find out more about her family. She discovers that apart from her usual fairy powers, she also possesses the Dragon Flame, which is the stuff of fairy legends.

The Flame is so powerful that it can open the portal to the Realm of Darkness, but this act is not advised, lest the sinister entity on the other side, called the Shadow, cross over to Otherworld. The ending of Season 2 indicates that this fear might have come true after all. What is Shadow and what does its presence in Otherworld mean? Let’s find out.

Did the Shadow Escape the Realm of Darkness? 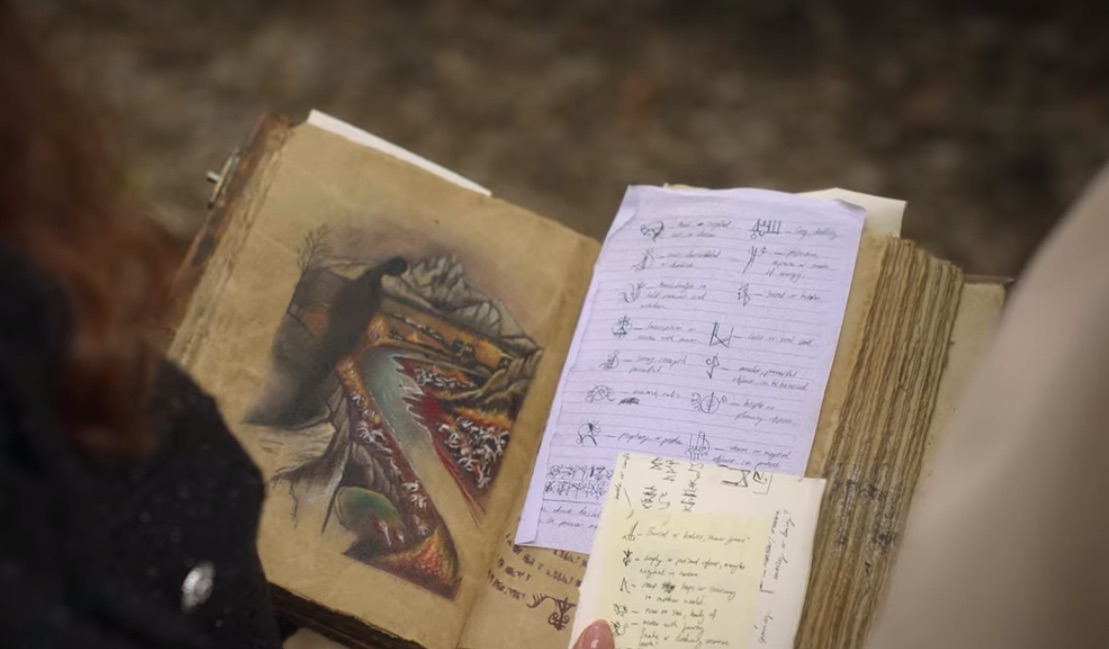 The Shadow is introduced in the final episode of Season 2 when Beatrix reveals Sebastian’s plan to Stella. From its description, it is clear that the Shadow is a very powerful being, though its origin and the true extent of its power are not yet revealed. We know that Sebastian planned to use the Shadow to bring back the people of Aster Dell, but we don’t know how he planned to do that. To make such a dark being do the bidding of a person who doesn’t even have natural magic doesn’t seem like such an easy task. Sebastian had to have some hold over the Shadow, or it is more likely that he’d planned to offer it something in return for its services.

For something as powerful as the Shadow, the only meaningful trade would be the Dragon Flame. We know that it resides inside Bloom and makes her the most powerful fairy in Alfea, if not Otherworld. It also holds enough power to open the portal to the Realm of Darkness on its own, as opposed to the collective power of many fairies, which Sebastian had used. Despite all its might, the Shadow hadn’t been able to escape the Realm all this time, which means that it is still in need of power, and the Dragon Flame would do the job. If it comes into the possession of the Flame, it would also wield the power of opening and closing the door of the Realm of Darkness at its will, and it wouldn’t need anyone else ever again, waiting for them to become desperate enough to resort to an otherwise impossible job. From what happens in the finale, it looks like it might be much closer to its goal than ever before.

Despite killing Sebastian, the fairies aren’t able to stop him from opening the door to the Realm of Darkness. They didn’t know it then, but Sebastian had opened it before Bloom agreed to surrender the Dragon Flame in exchange for Sky’s life. From her arrival to the final showdown that leads to Sebastian’s death, a lot of time passes, which means something like the Shadow has enough time to slip out of the door and into the Otherworld. Instead of making itself known and attacking the fairies immediately, it takes a more covert approach. It hides in the shadows, and watches the fairies, waiting for the right moment to attack.

Still, there is another possibility. We don’t really know much about the Realm of Darkness and from what we see in the final moments of Season 2, it looks very much like the Otherworld. Could it be that the Realm of Darkness is just another copy of Otherworld, but with evil things in charge of the place? Could it be like the Upside Down from ‘Stranger Things’? If so, then that explains why Stella didn’t see or even sense the Shadow standing right next to her by Beatrix’s grave. Maybe the Shadow is still stuck on the other side. Though it has eyes on both sides, its movement is restricted to its own realm. If so, then it might not have to wait much longer to cross over to the Otherworld. Bloom is in the Realm of Darkness now, and if the Dragon Flame is what the Shadow wants, then now is the time for it to make its move.

Read More: Is the Woman at the End of Fate The Winx Saga Season 2 Bloom’s Mother? Theories