What Does Andy Find in Sheryl’s Room in Evil Season 3? What Is the Significance of the Head? 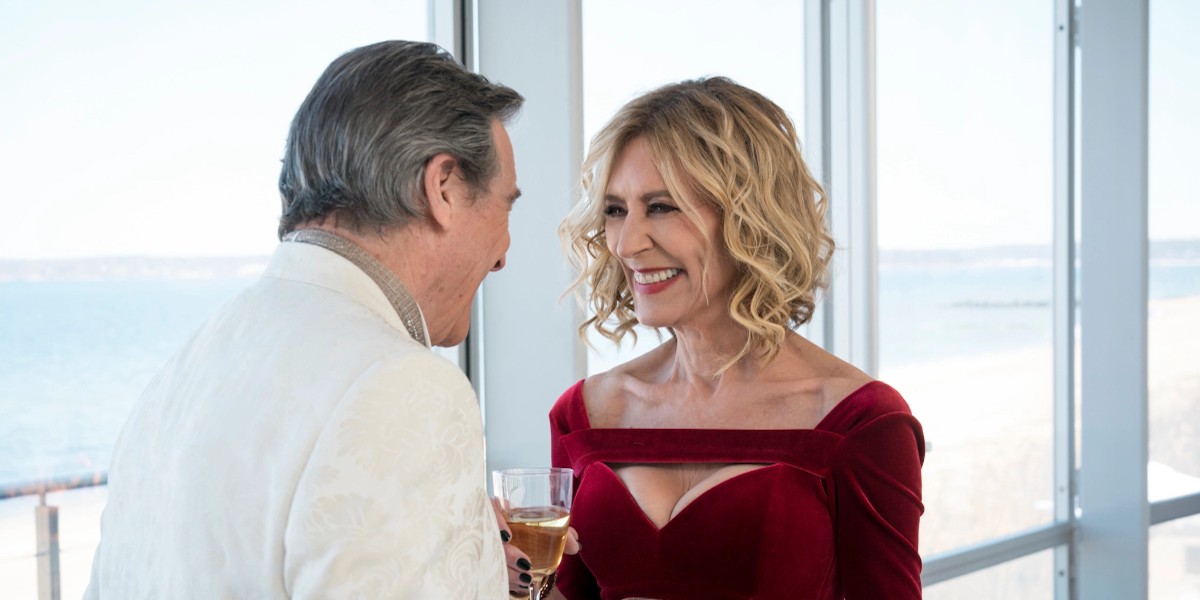 ‘Evil‘ season 3 continues the stories of David, Kristen, and Ben as they investigate new and baffling paranormal cases. The narrative expands upon the show’s overarching mythology by revealing sporadic details. The third season premiere continues a plot thread from the second season correlating to Sheryl’s mysterious interactions in an occult secret society.

Andy’s surprising return to the Bouchard household leads to some interesting developments that will undoubtedly perplex viewers. If you are seeking clarification about Andy’s actions and experiences in Sheryl’s room in ‘Evil’ season 3, here is everything you need to know! SPOILERS AHEAD!

What Does Andy Find in Sheryl’s Room?

In the third season premiere of ‘Evil,’ titled ‘The Demon of Death,’ Andy Bouchard (Patrick Brammall) returns home and reveals that he has quit his job. Hence, he will be remaining home permanently and help Kristen look after their children. However, even before Andy can announce his return, he experiences a sinister event. Andy returns and enters the garage where Sheryl lives, only to find her sleeping. As he turns away, Andy spots a demonic creature in the corner of Sheryl’s room. A frightened Andy promptly leaves and later asks Sheryl to move out.

The demon’s presence is shocking but not entirely surprising given Sheryl ‘s quick ascent in the occult secret society of which Leland Townsend is also a part. However, the demon’s significance isn’t explained in the episode, nor is its presence addressed by Andy. Nonetheless, the incident prompts Andy to ask Sheryl to move out, which, in turn, leads to another startling discovery. In the episode, Andy discovers the jar given to Sheryl by Edward Tragoren (Tim Matheson), a businessman and prominent figure in the cult. Andy is even more shocked to learn that the jar contains a shrunken human head.

What Is the Significance of the Head?

Andy’s discovery of the shrunken head will certainly take viewers back to a pivotal moment in the show’s second season. In the tenth episode of season 2, titled ‘O Is for Ovaphobia,’ Sheryl meets businessman Edward Tragoren who quickly takes Sheryl into the underbelly of demonic cults and Satan worshippers. Moreover, as Sheryl explores this newfound world, she also begins to lust for power. As a result, Sheryl becomes Edward’s arm candy and successfully completes several tasks that lead to Edward naming Sheryl her successor. 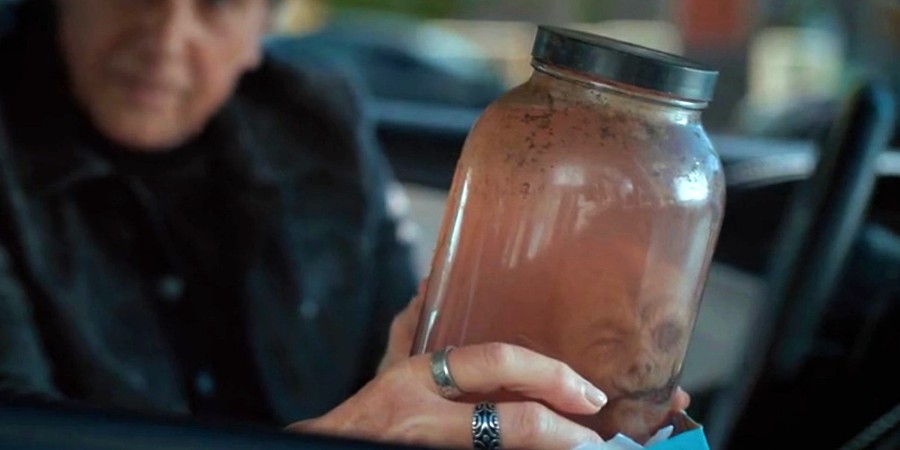 In the penultimate episode of season 2, titled ‘D Is for Doll,’ after naming Sheryl his successor in the secret society that represents the 60 demonic houses, Edward gives Sheryl a gift. The gift contains the jar with the shrunken head inside it. Edward explains that the head is of his great-grandfather, and as his successor, it will serve as Sheryl’s sigil. Sheryl accepts the sigil and keeps the jar in her care.

Coincidently, the demon Andy sees in Sheryl’s room loosely resembles the shrunken head inside the jar, thereby confirming its supernatural powers. However, Andy removes the head from the jar and flushes it down the toilet. There is no saying what grave threat Andy might have unleashed by exposing the head, but Andy’s actions will undoubtedly earn him Sheryl’s ire. Moreover, the head’s disappearance could jeopardize Sheryl’s standing in the secret society.

Read More: Who Is Frank Ignatius in Evil? How Is He Alive?