What is the Truth in Suspicion? What is Kat Newman Hiding? Theories 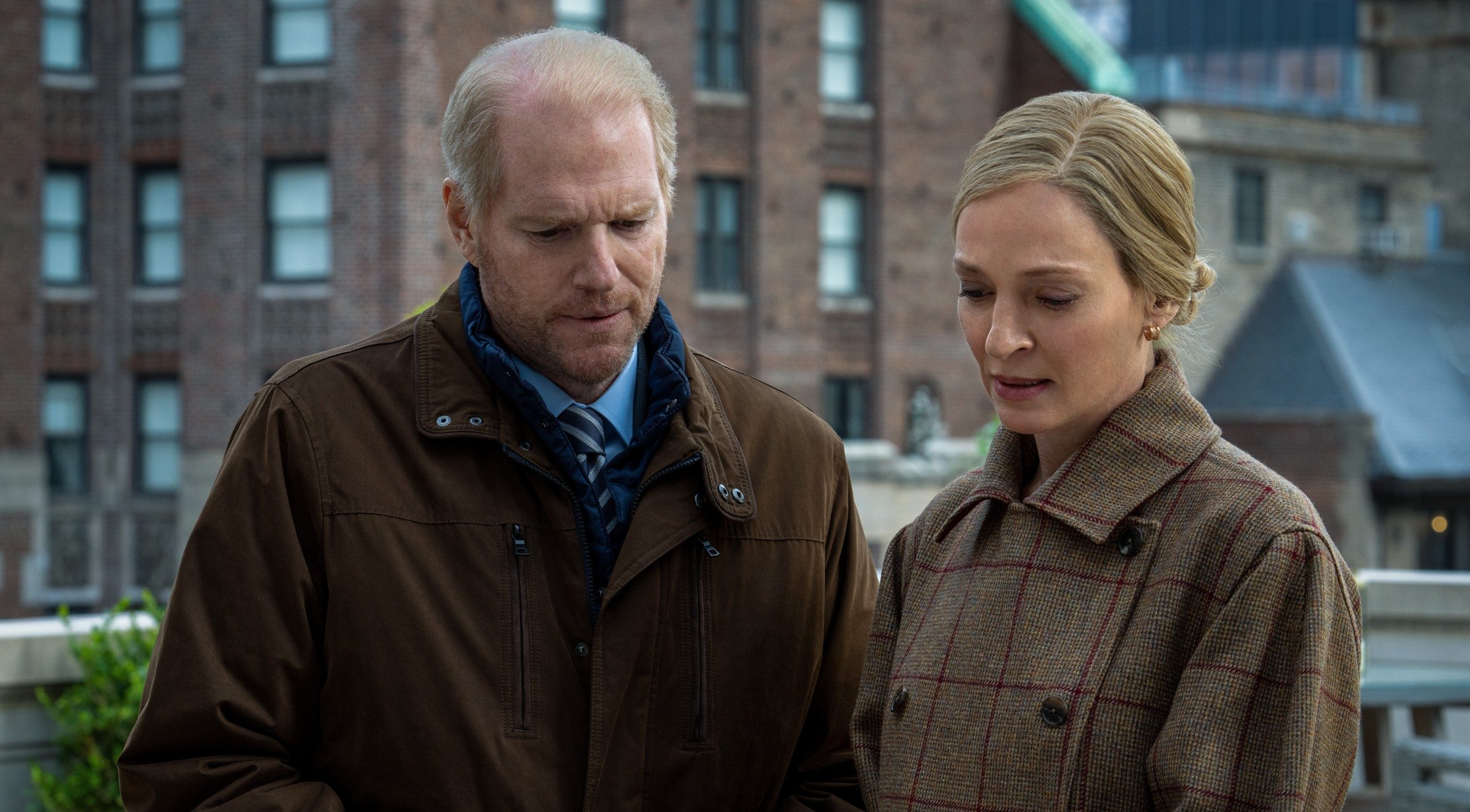 Apple TV+’s thriller series ‘Suspicion’ revolves around the kidnapping of Leo Newman, the son of influential businesswoman and political figure Katherine Newman. The first two episodes of the British show explore the premise of the kidnapping and the questionings of the possible suspects. While the NCA and FBI try their best to unravel the mystery behind Leo’s kidnapping, the masked kidnappers hack the audiovisual system of a Senate session and demands “truth” from Katherine Newman (Uma Thurman) in return for her son’s life. As the kidnappers’ demand astounds the viewers, we have dived into the ambiguity behind the same. Let’s take a look at our thoughts! SPOILERS AHEAD.

What is the Truth in Suspicion? What is Kat Newman Hiding?

As a highly successful businesswoman, who has even stepped into the arena of politics by getting appointed as the ambassador to the UK, Katherine Newman’s success is also recorded by the number of enemies she has created over the years. Leo’s kidnappers can very well be such a group of enemies she has created during her career. As the co-head of one of the major communications and PR agencies in the world, Katherine’s entire career is built above the risk of creating enemies. As a PR firm, Cooper Newman PR may have been involved in an iniquitous activity or event to use PR strategies to hide or polish it.

Leo’s kidnapping can be the result of such involvement of Katherine or her firm, by the people/victims who may have been affected by Katherine’s firm’s activities. The demand for “truth” does indicate the possibility of justice denied through falsehood. If that’s the case, the kidnappers are nothing but vengeful and Leo’s kidnapping is a way for them to react to Katherine’s PR tactics. Since the kidnappers refrain from demanding monetary ransom, it is evident that the act isn’t motivated by money. The masked individuals are targeting Katherine through Leo to expose the businesswoman.

The kidnapping can also be a reaction against something Katherine Newman did in a personal capacity. To achieve the enviable success she has as a businesswoman, influential figure, and political personality, Katherine may have done things that are abhorrent and unjustifiable. Since success always comes with a cost, the mystery behind “the truth” and Katherine Newman’s secret can be something she had done to the kidnappers or their families. Since the kidnappers are targeting her solely, they must be looking forward to exposing a particular chapter in Katherine’s life upon which she possibly built her life and career.

The demand for “truth” makes it evident that the kidnappers are after the doom of Katherine Newman. Possible significant wrongdoing by Katherine in her past may have motivated the masked individuals to kidnap the one thing Katherine values the most, her son, for attaining the truth that can possibly end her political and business career. Since the life of her son is the only thing she will possibly trade her career with, the kidnappers’ intentions make sense.

Katherine Newman’s life and triumphs may be built upon falsehood and wrongdoings. By demanding the truth, the kidnappers may be trying to expose them to the world and bring out the true history of Katherine.