When and Where Does My Policeman Take Place? 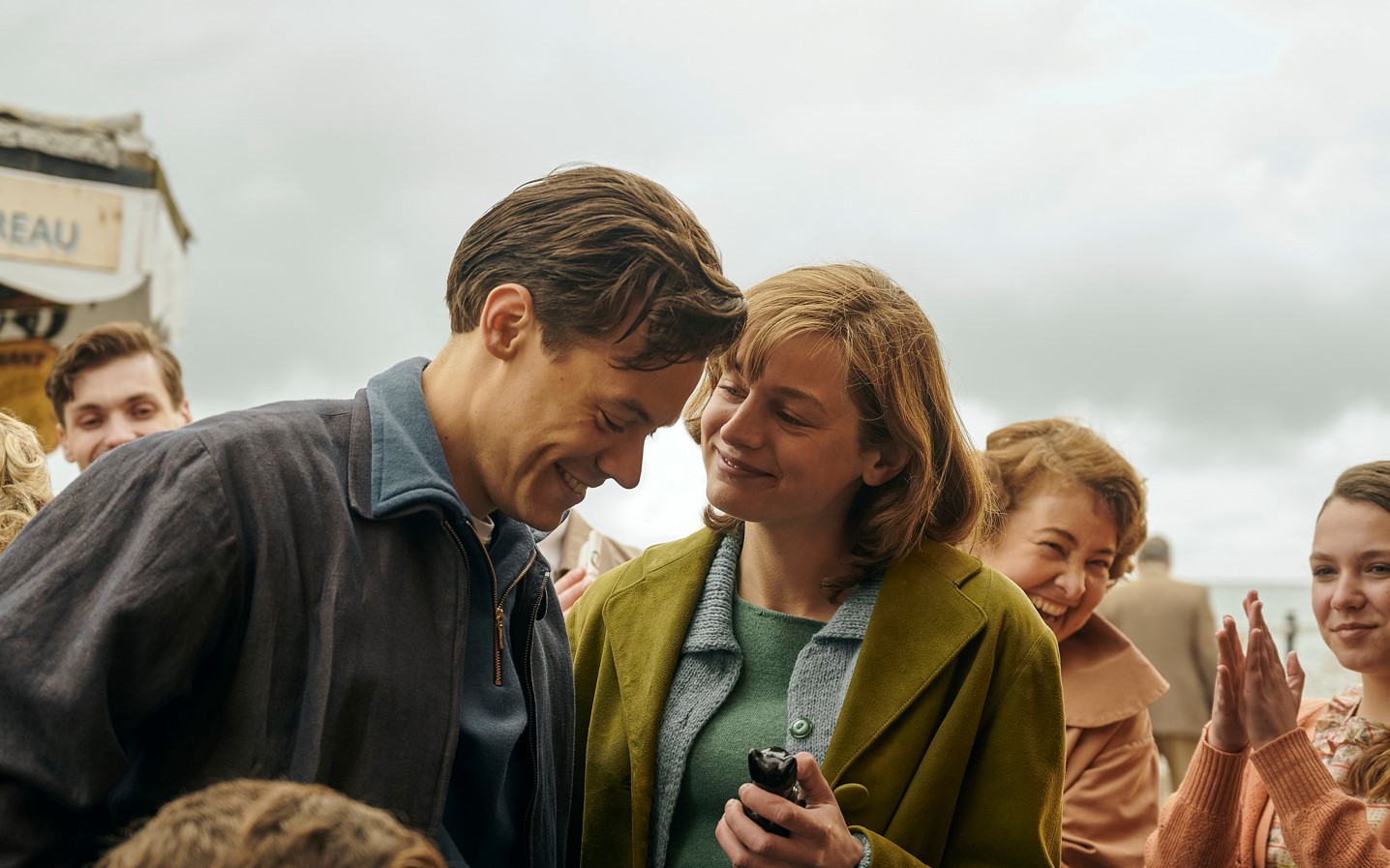 Directed by Michael Grandage, ‘My Policeman’ is a period romance drama film. It tells the story of three individuals — Tom Burgess (Harry Styles as the younger and Linus Roache as the older), Marion Taylor (Emma Corrin as the younger and Gina McKee as the older), and Patrick Hazlewood (David Dawson as the younger and Rupert Everett as the older). After the older version of Patrick suffers a stroke, Marion decides to bring him to her and Tom’s home, even though her husband doesn’t like the idea. Years ago, when she and Tom were still getting to know each other, she met Patrick, but it wasn’t until later that she realized that Tom and Patrick were romantically involved. By then, she was already married to Tom.

‘My Policeman’ is a tale of three people whose lives become ultimately tragic because of their external circumstances. If you are wondering where and when the film is set, this is what you need to know. SPOILERS AHEAD.

When Does My Policeman Take Place?

‘My Policeman’ is based on a 2012 novel of the same name by Bethan Roberts, who drew from the life of celebrated author E.M. Foster for his work. In February 2012, Roberts published an article in The Guardian, offering details on the background of her novel. He reported that Foster was in a relationship with a police officer named Bob Buckingham, who was about 23 years younger than the author. “They shared holidays, friends, interests, and – on many weekends – a domestic and sexual life in Forster’s Brunswick Square flat,” Roberts wrote, before adding that there was a third person in this complex relationship — Buckingham’s wife May, who often served as Foster’s nursemaid.

This relationship lasted decades; Foster was even named the godfather of the Buckinghams’ son. Like Patrick in the film, after Foster suffered a final stroke, the Buckinghams decided to move him to their home in Coventry, where Foster spent his final days before dying in June 1970. Afterward, May wrote, “I now know that he was in love with Robert and therefore critical and jealous of me and our early years were very stormy, mostly because he had not the faintest idea of the pattern of our lives and was determined that Robert should not be engulfed in domesticity. Over the years he changed us both and he and I came to love one another, able to share the joys and sorrows that came.”

One key difference between the film and Foster’s life involves the timelines. The film has two timelines. The part that involves the older versions of the characters is set in modern times, while the story of their younger counterparts is set in the 1950s. Same-sex relationships were illegal during this period, a fact that plays an important role in the narrative. In contrast, Foster, Bob, and May’s story starts in the early 1920s and ends in 1970 with Foster’s death.

Where Does Mr. Policeman Take Place?

‘My. Policeman’ is predominantly set in Brighton, a seaside resort town in East Sussex, England. It is where all three characters reside for the most of the film. Brighton remains in the perpetual background; Its ocean, beaches, and breakwaters give the narrative an additional layer of complexity. About halfway into the film, Patrick takes Tom to Venice under the false pretext that the latter is his assistant. So, a small part of the movie is set in Venice.