When and Where Does That ’90s Show Take Place? 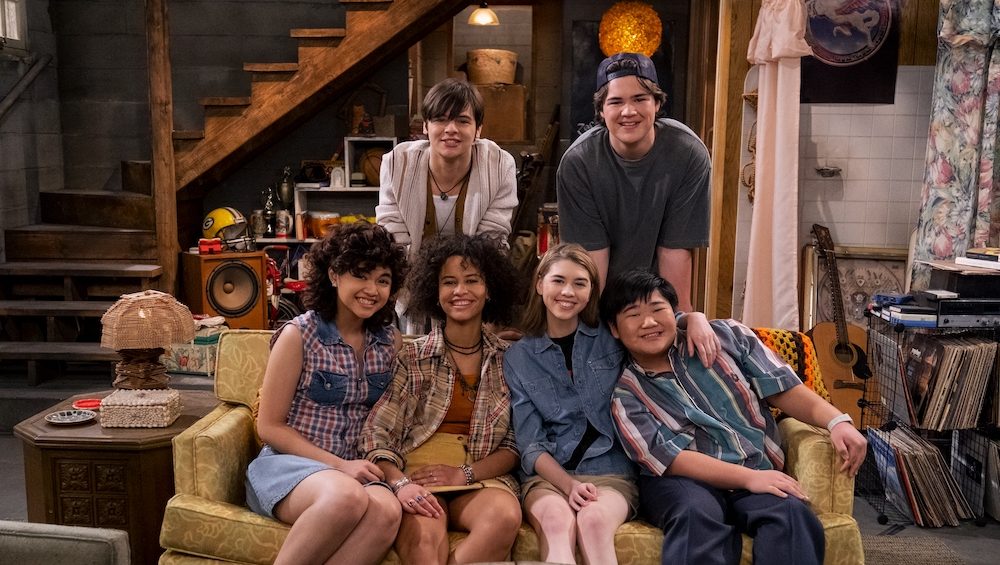 Netflix’s ‘That ’90s Show’ is a spin-off of ‘That ’70s Show’. While the original series followed the exploits of Eric Forman and his friends, in the new Netflix series, we follow the burgeoning relationships of Eric’s daughter and her friends. Like its parent series, the show draws upon the cultural references of its time period to establish the tone of the story. However, the primary focus remains on the complications in the romance and friendships of the group. Just like in ‘That ’70s Show’, Kitty and Red Forman find themselves trying to understand the teenagers and their struggles, and in the process, helping them through the difficult times in their lives. Considering its connection with ‘That ’70s Show’, if you are wondering when and where ‘That ’90s Show’ is set, then here’s what you need to know.

When Does That ’90s Show Take Place?

As given away by its title, the Netflix series takes place in the ’90s, specifically the latter half. The first season takes place over the course of a summer in 1995. This is almost a decade-and-a-half after the events of ‘That ’70s Show’ finale. While coming up with ideas about a potential spin-off, the creators of the show considered setting the story in a time that would be closer to the timeline of the real world. However, after much deliberation, they decided that the ’90s were in fact the best time to explore such a story.

Lindsey Turner, who is credited as one of the creators of the show, told Variety, “The thing that Greg said that I really loved, and I know mom and dad did too was, the ‘90s was the last time that people were looking up, they weren’t looking down at their phones. It was that last place of a real kind of engagement, having to make your own fun and really connecting with each other.” This lack of smartphones and social media gave an edge to the story, where the characters would have to confront their feelings for each other without having the option of texts and calls. The confinement of the story to one summer also made things more interesting.

Co-creator Bonnie Turner said that the time between two summers made for “great story fodder” as it gave the idea that the characters had evolved over the past year. This gives ground to character development off-screen, while also weeding out unnecessary scenes which would otherwise seem important during school days. “Setting it only during the summer gets the whole school and having-to-go-to-class thing out of the way, which we discovered on the original show, that wasn’t where it was interesting. It was more interesting in the basement,” Terry Turner added.

Where Does That ’90s Show Take Place?

‘That ’90s Show’ takes place in Point Place, Wisconsin, with the basement of the Forman house serving as the key location for the series. Co-creator Gregg Mettler revealed that in conceiving the story for the spin-off, they wanted to keep the new show in the same vein as the original one. “I wanted to have the same feeling as ‘That ’70s Show did. The show had a very special tone. It was playful, it had a heart, it was sarcastic, and it was filled with love within this family, within the friend group. I missed being in the basement with those kids,” he said.

Because the basement served as the most important location in ‘That ’70s Show’, it only made sense that the new story should take place there too. Taking the audience to Point Place also adds to the nostalgia of witnessing another story in the same environment, further establishing a similarity in the narratives through a more aesthetic approach. The timeline of one summer for each season also makes Leia’s grandparents’ house and their town the ideal location for her to come back to.