When Calls the Heart Season 9 Episode 11 Recap and Ending, Explained 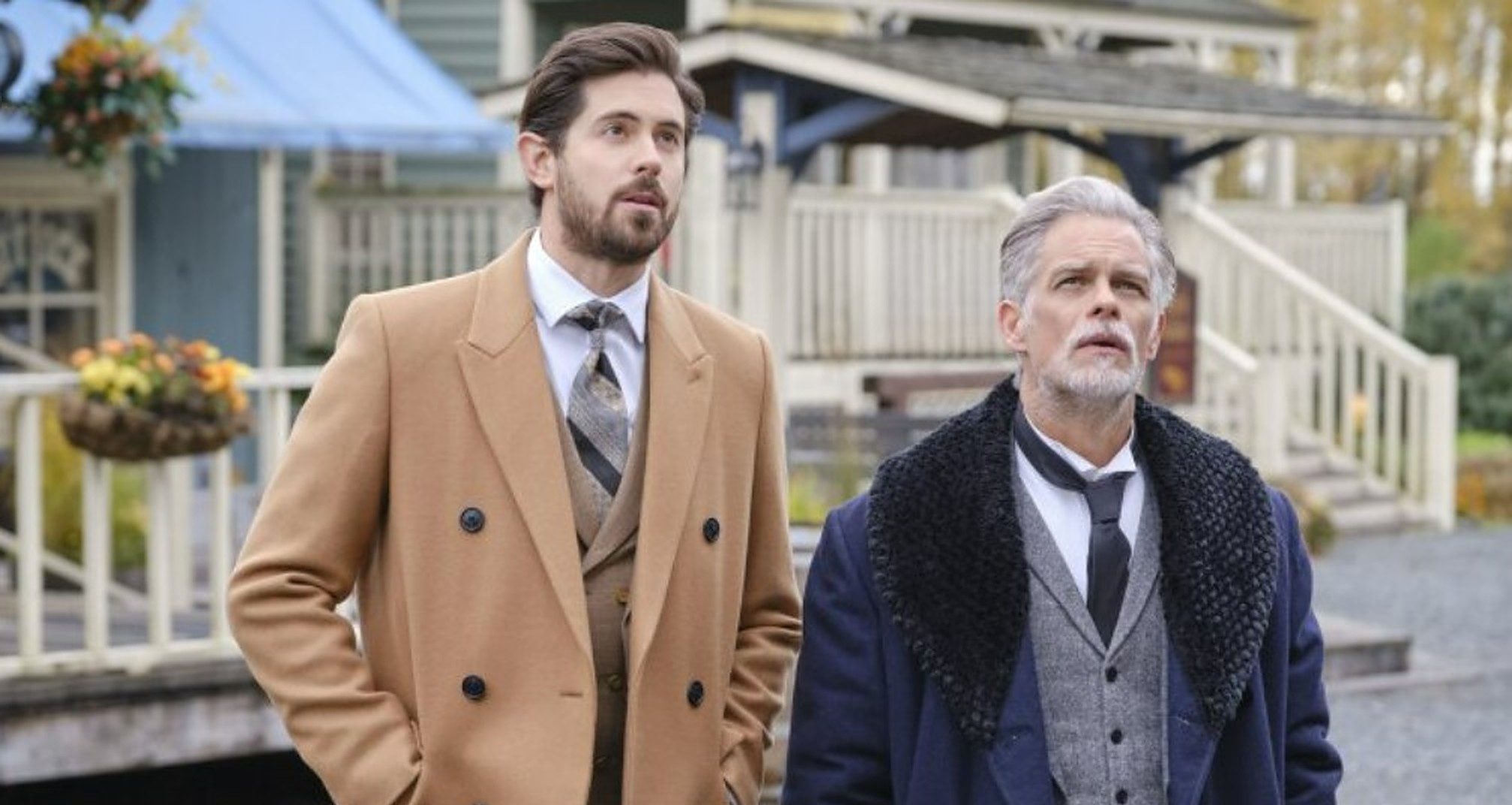 Season 9 episode 11 of ‘When Calls the Heart‘ is titled ‘Smoke on the Water’ and sees Lucas visibly upset since the oil company sale. As he starts shutting off, Elizabeth starts getting worried and confides in Rosemary, who tries her best to cheer up her friend. Minnie and Angela return after visiting the former’s parents and Joseph is elated to see them. The Hope Valley townsfolk is still disturbed about the coal mines being reopened, forcing Henry to take matters into his own hands.

Faith and Nathan’s friendship deepens, and Molly advises her to follow her heart. Arthur Gilchrist suspiciously visits Lee at the Valley Voice office and makes him a strange offer, while Fiona’s job gets jeopardized. Thus, the ending of season 9 episode 10 of ‘When Calls the Heart’ brings up a lot of questions and sets the perfect premise for the upcoming season finale. So let’s address all these now, shall we? SPOILERS AHEAD.

‘Smoke on the Water’ commences with Elizabeth growing increasingly worried as ever since the oil company was sold, Lucas has started behaving slightly distant and has no clear plans on what he wants to do next. He feels partly responsible for the coal mines being reopened, and his guilt increases when Florence angrily confronts him about not stopping Henry and Jerome. She is still devastated by the traumatic memories of the coal mine accident, and thus, Ned decides to take a day off and comfort her mind.

Elsewhere, Nathan visits the pharmacy, hoping that Mei Sou has returned, but bumps into Faith instead. They start spending more time together and he seemingly gets stuck between his growing affection for her and his previous feelings for Mei. At the oil rigs, Arthur tries to apologize to Fiona for his earlier behavior and requests her to have dinner with him. Seeing this change in him, she realizes that she may have judged him a bit too soon and becomes amicable with him.

Afterward, Arthur surprisingly visits Lee at the newspaper office and insists on speaking in Rosemary’s absence. He says that Hearst Publications is highly impressed with Lee’s opinion pieces and wants to sign him as an exclusive writer for their newspapers. The latter constantly asserts that the newspaper is more a result of his wife’s hard work than his but Arthur persistently tells him that they want only him. Moreover, he offers handsome pay and accommodation in New York. When he suggests that the Coulters move together to the Big Apple, Lee requests him for some time to consult Rosemary.

In the meanwhile, Minnie comes back to Hope Valley with Angela after a long stay at her parents’ house. Joseph is happy to reunite with his wife but gets extremely upset when he reads a letter her father has written to him. He feels that Minnie’s father considers him incapable of taking care of his family, and this leads to a small argument between the couple. At the saloon, Fiona agrees to have dinner with Arthur and they get to know each other better. To make Florence feel better, Ned suggests she return to her old hobbies like dancing.

When Florence puts on her ballet shoes and starts to practice, Molly, Fiona, and Faith come over to support her. The next day, Carson calls Faith and seeing this and Bill’s deteriorating health, Molly suddenly decides to confess her love to him. Both women have a heart-to-heart, and Molly tells Faith to not turn love away if she finds it again with someone. At the same time, Nathan and Bill discuss how they fear opening up to love again after facing heartbreak with Elizabeth and Nora respectively, but still hope to find someone to share their lives with again.

While Nathan sorts out his heart’s confusion, Allie helps Robert with his mail delivery, thus bringing them closer. Before Arthur leaves town with Jerome, he and Fiona share a sweet conversation and he states that he hopes to see her soon. However, she is shocked when Jerome informs her that he is replacing her with someone at the oil company. Just as Fiona wonders whom to share this grim news with, Michael returns to town from his getaway and she joyfully receives him.

When Calls the Heart Season 9 Episode 11 Ending: Do the Hope Valley Coal Mines Get Reopened?

After getting Henry’s approval earlier, Jerome and Arthur insist on hurrying up the process of getting the coal mines assessed for reopening. Furthermore, Arthur tells Fiona that they need to start work on the mines quickly and that it can’t be stopped. When Henry suggests consulting mining expert Colin McCrery, Jerome discredits the latter for his lack of formal education. Nonetheless, when Colin arrives and examines the mines and their maps, he surprisingly sides with Jerome and declares the area safe for work.

Henry is taken aback, as Colin had previously concluded that the mines were always going to be unsafe, no matter what actions were taken. He realizes that Jerome has bribed the man and confronts them both angrily about endangering people before storming off. Later, Colin tells Henry that he accepted the bribe as he is dying, and wishes to live his last days in comfort. However, Henry berates him for risking the lives of so many people and they argue.

Seeing that the reopening of the mines is inevitable, Bill decides to go out of town to see if any legal provisions can delay the process. But Henry becomes increasingly frustrated due to his guilt and decides to take a drastic step to stop Jerome. Hence, he impulsively blows up the mines’ opening with explosives.

As the opening caves in, the work on the mines gets postponed and Jerome and Arthur leave town disappointedly. Bill and Lucas praise Henry’s courageous act but ask him to go into hiding for a few days to avoid trouble. Since the steel foundry workers are on strike too, the reopening of the coal mines gets suspended for the time being.

Does Lucas Propose to Elizabeth?

On Elizabeth’s birthday, she sees a jewelry box in Lucas’ drawer and thinks that he is about to propose. But the entire fiasco about the coal mines puts off their plans and seeing him get increasingly reclusive, she thinks that he has changed his mind. Thus, she shares her worries with Rosemary, who repeatedly tries convincing her that Lucas still intends to marry her. In addition, she advises her friend not to assume things and have a word with her partner calmly.

Elizabeth tries to get Lucas to share his troubles, but he asks her for some alone time to think things over. When he returns from a horse ride later, he tells her about his dreams of living in different places outside Hope Valley. This stresses Elizabeth further, as she fears that he plans to leave the town. Therefore, she gathers courage and asks him why he did not propose to her earlier.

Lucas assures Elizabeth that he loves her a lot and does not plan to leave her and Jack. However, he reveals that the jewelry box was not a proposal ring, but beautiful earrings he got for her birthday. The couple laughs off the misunderstanding and reconciles, but the next day, Lucas unexpectedly leaves town for an indefinite period and asks Gustavo to give a letter to Elizabeth.

Read More: Who is Arthur in When Calls the Heart?