When Is Raven Coming Back to Titans?

‘Titans‘ season 3 has presented Dick Grayson/Nightwing and his team of superheroes with new challenges. Amidst Jason Todd’s transformation into the Red Hood, Hank Hall/Hawk’s death, and Scarecrow’s machinations, the Titans have been swamped with a variety of problems. However, with more than half the season gone, one particular member of the team is notably absent from the scene.

Raven (Teagan Croft) is currently not with the Titans, who have set up base in Gotham City. Where is the half-human, half-demon hybrid heroine? And when will she reunite with her friends? If these questions continue to hover in your minds, allow us to provide a definitive answer about when you can expect to see Raven back on ‘Titans.’

What Happened to Raven on Titans?

Rachel Roth/Raven is the daughter of the demon Trigon. After her mother’s death, her telekinetic abilities surface, and she contacts Dick Grayson for help. Dick trains her to control her powers and also forms a strong friendship with Raven. Dick and a group of heroes protect Raven from her father. In the second season premiere titled ‘Trigon,’ Rachel is successful in defeating her father and banishes him away. 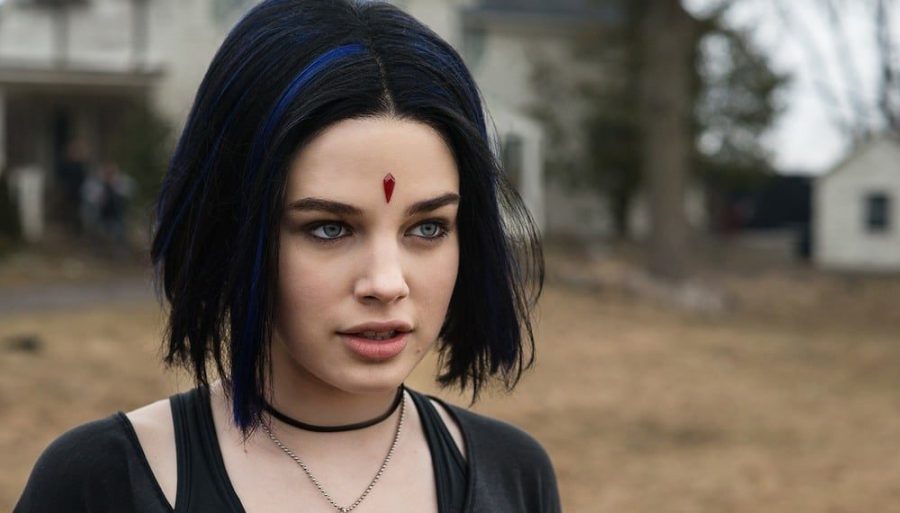 In the second season finale of ‘Titans,’ the heroes fight Deathstroke and Cadmus to rescue Gar and Conner. During the fight, Donna tries to save innocent civilians from a crashing tower and is killed in the process. After her death, Raven decides to travel to Themyscira with Donna’s body in hopes of finding a way to revive her. She parts ways with the Titans and hasn’t been seen since.

When Is Raven Coming Back to Titans?

Fans concerned that Raven has left the scene and will not be returning can rest easy as Raven is undoubtedly going to make a comeback in ‘Titans’ season 3. Actress Teagan Croft, who essays the part, is billed as a series regular and is confirmed to appear in the show’s third installment. Therefore, Raven’s return is only a matter of time. While there is no official confirmation on when we will see Raven back in action, it is rumored that she will appear in the ninth episode of season 3, titled ‘Souls.’

Showrunner Greg Walker spoke about Raven’s journey in an interview and revealed that she would discover her heroism in the new season. Walker also teased that Raven will have a new female mentor. Walker’s words hint that we will be seeing her training in Paradise Island under the guidance of the Amazons. We will also be seeing Raven in a new look this season, with the powerful empath dropping her goth look for a fresh costume which signifies that she sees herself as a hero. We will also find out more about Raven’s quest to revive Donna.

Actress Conor Leslie, who plays Donna, is expected to appear in season 3 and might return with Raven. With the war for Gotham City raging on, Raven’s return could provide the Titans with a much-needed boost. Her powers of empathy could also be the key behind redeeming Jason Todd, who is currently terrorizing Gotham City as Red Hood.

Read More: Why Is Cyborg Not in Titans?