Where and What Year Does Hello, Goodbye, and Everything in Between Take Place? 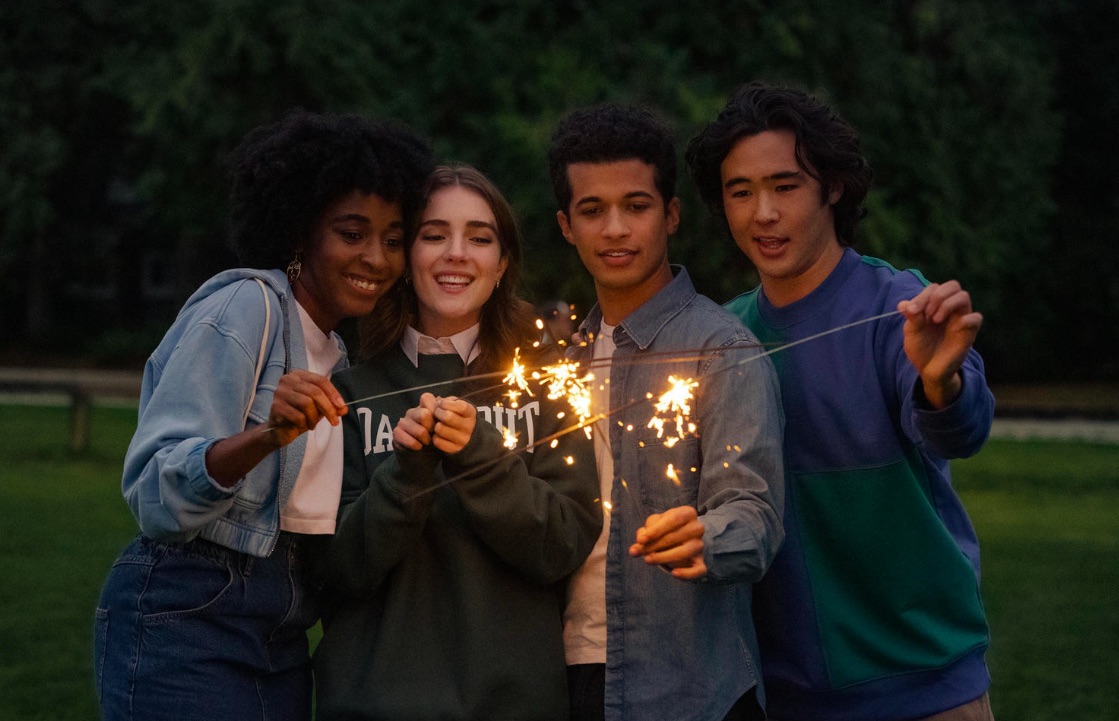 Netflix’s ‘Hello, Goodbye, and Everything in Between‘ is a story of two young people who fall in love but are forced to confront the reality of their situation as they take different directions in life. Clare and Aidan take a liking to each other the moment they meet. However, Clare lays the ground rule of their relationship before it even begins. No matter what happens between them, no matter how good it gets, it has to end before she is off to college. As their story progresses, time and location become important factors in their romance. If you want to know when and where the film is set, we’ve got you covered. SPOILERS AHEAD

When is Hello, Goodbye, and Everything in Between Set?

‘Hello, Goodbye, and Everything in Between’ takes place in contemporary times. While the year is not explicitly mentioned, it is clear from the technology and the attire of the characters that the story takes place in or around 2022. The course of events from the beginning to the end span over two years. However, the main story is centered on one day of their relationship.

Tracing the steps from the beginning, we see them meet sometime in November. Clare mentions that only eight months are left in the school year, after which she will go to college. In a montage, we see the months pass by from December to July, when finally the time comes to say their goodbyes. Aidan doesn’t want their relationship to end, so he decides to make the most of the last day and hopes to convince Clare to change her decision.

Things don’t turn out as Aidan had hoped when despite all their love and arguments and whatnot, they mutually decide that it’d be best if they broke up. Clare leaves for college, while Aidan goes to LA. In a montage that mirrors the one at the beginning, we see both of them spending their first year in a new place apart from each other. We know that a year has passed when Clare tells Aidan that she hopes to see him back at home when she’ll be there for the summer. So, if a timeline is to be concocted, the events of the film wrap up within two years.

Where is Hello, Goodbye, and Everything in Between Set?

‘Hello, Goodbye, and Everything in Between’ is set in Lakeview, Michigan. Throughout the film, we don’t see the characters talk about their town clearly. The location takes center stage in the story, as Clare and Aidan explore every spot that is dear to them. They retrace their relationship from the place where they had their first date, to the pizza place where they celebrated their Valentine’s, to the hockey rink where they have their first fight.

After all is said and done between them, at the end of the film, they reunite at the park where they’d spent their unofficial first date, talking to each other. All the places bring their story full circle, but throughout this, the name of the town itself is not uttered by any character. However, there is an explicit mention of the town in the school’s logo. In the scene where Stella and Aidan chat about how Clare is trying to avoid being alone with Aidan and is worried about changing her mind about the break-up, we see “Lakeview, MI” written on the school logo.

Read More: Will There be a Hello, Goodbye, and Everything In Between Sequel?