Where and What Year Does Lou Take Place? 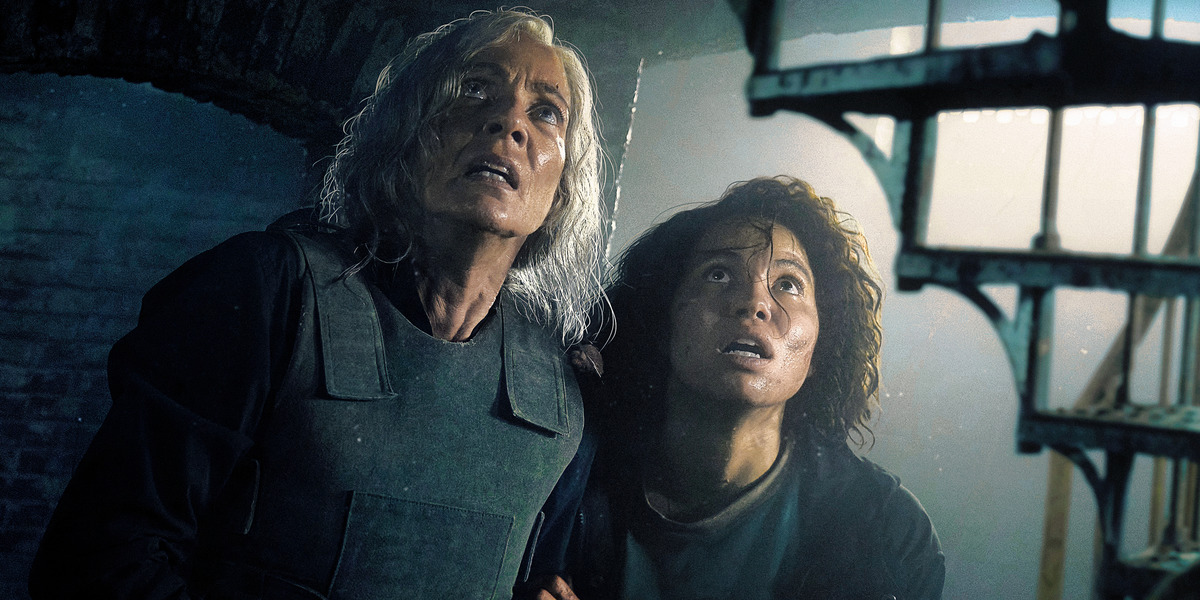 Netflix’s ‘Lou’ is an action thriller film directed by Anna Foerster that follows the eponymous woman with a dark past who lives a lonely life on a remote island. During a deadly storm, the daughter of Lou’s neighbor goes missing, and she leaps into action to find the missing young girl. While Hannah and Lou search for Hannah’s daughter, Vee viewers realize the difficult challenge the women face to their limited access to technology and the weather conditions. Hence, viewers must be curious to learn about the time period and setting of the film. In that case, here is everything you need to know about when and where ‘Lou’ takes place! SPOILERS AHEAD!

When Does Lou Take Place?

In ‘Lou,’ Hannah Dawson lives with her daughter, Vee, on a property owned by Lou. The women live isolated from the world and do not possess modern technology. Therefore, the film is apparently not set in the present era. Moreover, the exact timeline of the events is also not stated within the narrative. As a result, the time the movie takes place remains a mystery. However, it is stated that Lou was working for the CIA and was assigned to a mission in Iran. One scene implies that Lou was in Iran during the 1950s.

Her son, Phillip, was born during the mission. He appears to be in his 30s. Therefore, it is safe to assume that roughly 30 years have passed since the 1953 coup in Iran. As a result, the film’s events take place sometime in the 1980s. The pieces of technology such as cars, telephones, radios, and walkmans are also reminiscent of the 80s. Since the film’s events unfold over a couple of nights, the overall timeframe does not factor into the story. Therefore, some scenes appear to have modern aesthetics. Nonetheless, there is plenty of evidence to confirm that ‘Lou’ is set in the 80s.

Where Does Lou Take Place?

The setting of ‘Lou’ adds a unique flavor to the story of Lou and Hannah. The women’s search for Vee is made challenging by the bad weather conditions and the dense woods that cover the land. The film primarily takes place on an island, making it difficult for Phillip to take Vee far without external help. Therefore, Hannah and Lou have a chance to catch up to them. In one scene, Lou reveals that she was behind bringing Hannah and Vee to the island.

The scene establishes that the movie takes plan on Orcas Island. The island is a part of the San Juan Islands group of the Pacific Northwest. The chain of islands is located in the northwestern corner of San Juan County, Washington. Orcas Island is spread over an area of 57.3 square miles (148.4 km²) and has a population of roughly 5,387. Therefore, the film’s depiction of the women living in an isolated part of the island seems accurate.

The island is accessible through the Washington State Ferries system. Orcas Island is known for its parks, such as Village Green, Buck Park, Moran State Park, and Obstruction Pass State Park. It is also a popular tourist destination and provides serene and scenic locations for visitors to relax. The quiet and isolated island makes an appropriate setting for the personal and emotional story revolving around Lou. Moreover, its intricate geography and natural vegetation make her quest challenging.

Read More: Is Lou Based on a True Story?