12 Best CIA Movies of All Time

The CIA is one of the favorite spy agencies on which movies are made. Their surveillance and presence in other countries is notable and makes for great movie content. Furthermore, it has been uncovered that the CIA actually influenced a lot of Hollywood directors to make movies on them, giving them access to the agency in order to have themselves portrayed in a good light in popular media in order to get more recruits. Taking all this into consideration it isn’t strange that there are so many movies on the CIA. Here’s the list of top movies about CIA and NSA ever made. You can stream some of these best CIA movies on Netflix or Amazon Prime.

Based on a comic book series, the film’s name is actually an acronym which stands for Retired, Extremely Dangerous. The movie stars Bruce Willis as Frank Moses a retired CIA Black Ops agent. The plot follows the ennui that grips his life until an assassination squad is sent to kill him. This gets the old legend back in the game and he uncovers a plot that is characteristic of the portrayal of the CIA – a massive conspiracy and a cover-up that involves the Vice President himself. Frank teams up with an oddball bunch of old mates and even a KGB contemporary and survives the conspiracy but the movie goes to show the far reach and ruthlessness of the CIA despite the director’s attempts to keep the movie strictly within an action-comedy genre of films.

The CIA is known for being famously ruthless. This is best brought out in this movie. Kevin Pope an agent, played by Chris Rock, is killed while on a mission. So as not to compromise the mission, the agency brings in his twin brother Jake Hayes, an untrained and frankly immature twin of Pope. He is trained by Oakes(Anthony Hopkins) and undertakes the mission. However, Hayes’ weak point turns out to be his girlfriend and when she is kidnapped he gives himself up. In a series of twists and turns, the international criminal organization is defeated, the bomb defused and the good guys win. However, the film goes to show that the agency will stop at nothing the ends justify the means which is I think some secret CIA motto anyway. Bad Company for all its comic elements reveals this nugget of truth about the secretive agency and it was one of the last major productions to be shot inside the World Trade Center. 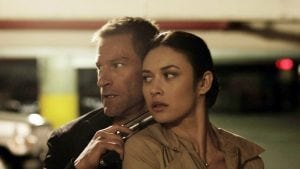 Following another example of CIA’s ruthlessness, this film is also a testament to how the agency operates and how efficient it can be at manufacturing the truth. Aaron Eckhart plays Ben Logan, an ex CIA agent who is united with his estranged daughter and living in Belgium together. However, he soon finds out that his employers are a front for the CIA. Haunted by the agency, an assassin, and the Belgian authorities, Logan is cornered on all sides and makes many narrow escapes using his daughter’s connections among undocumented immigrants with who she was friends. The film is a gripping tale of twists and turns right up to the climax where Logan bests the opponents. However, the cinema speaks to how the CIA has a global reach and the insidious way in which the agency cleans house. 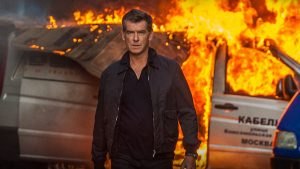 Pierce Brosnan plays the role of Paul Devereaux or the November Man, a skilled CIA operative. He is pulled back in from retirement for one last mission. The last mission turns out to be the most twisted mission that will push the skilled operative to the edge. It involves a Cechnian war criminal who is running for the Russian presidency. Devereaux runs up against his old protege Mason and another assassin named Alexa. Keeping himself safe, he cannot, however, save the asset he was sent to protect. However, this drives him to reach the bottom of the matter and he uncovers a CIA plot to influence global politics by strongarming Russia to join the NATO against the middle-East. A thrilling movie, this speaks to CIA’s interference in global politics now and again. 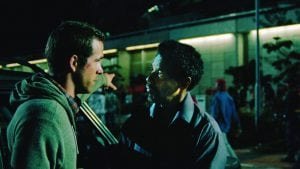 Starring Denzel Washington and Ryan Reynolds, the film follows Tobin Frost, an ex CIA agent turned international criminal who is brought in by the CIA after an exchange is ambushed. He is brought to a safe house where Matt Weston (Reynolds) is in charge. As the interrogation is going on, the safe house is ambushed and Weston barely escapes with Frost. They then begin to doubt the CIA and Frost sows the seeds of doubt about conspiracies and determined they both try to get to the bottom of it, ultimately uncovering a plot to eliminate a whistleblower who would expose the wetwork of the agency. A film that shows the harsh nature of the CIA and how they will often eliminate one of their own to protect the agency’s secrets, this goes to show why they are one of the best spy agencies in the world but also speaks to the moral depravity that comes with the job. 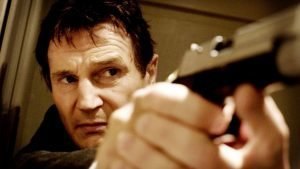 This movie series has been made famous by Liam Neeson’s lines about hunting and killing his daughter’s kidnappers. A member of the US military, Bryan Mills (Liam Neeson) then went on to join the CIA and was part of their special ops teams where he was never really there, but became an adept killing machine and a very very lethal person. The man, now in retirement was trying to keep his family together and when his daughter got kidnapped, all hell broke loose. The weapon came out of retirement and he took down the entire trafficking ring singlehandedly, from the supplier to the consumer. A finely made movie with well-executed action scenes this movie shows us how the CIA training never leaves the agents, so technically once in, never out. 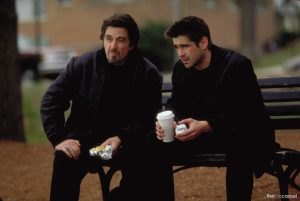 Directed by Roger Donaldson, the film stars Al Pacino and Colin Farrell. Pacino plays Burke a CIA recruiter who takes in James Clayton (Farrell) a young kid who designed a software called Spartacus that can hack computers remotely. Clayton is trained at the Farm with other agents and in the process is put in contact with another agent Layla Moore. Moore is accused of stealing the software and Burke warns Clayton to put a stop to it. However, it turns out that Moore was assigned by the CIA to see if the software could be removed and Burke turns out to be the real thief. Clayton is a final stroke of genius manages to convince Burke to incriminate himself. The movie goes on to show the general secrecy and varied layers of distrust that can creep into a spy agency where everyone is programmed not to trust the other person. A riveting film, it is one of the finest movies about the induction of a rookie into the agency. 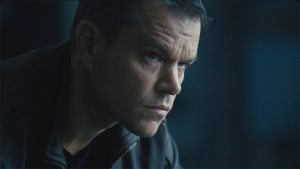 Jason Bourne is a name that has lingered in cinema halls for a long time and Matt Damon plays Bourne in the series. He is a CIA operative who has insomnia and the CIA treats him as a loose cannon and attempts to cut ties with him. In their line of work, it means death. However, Bourne is more than up to the situation and evades capture and uncovers a conspiracy within the CIA and corruption as well. The series of movies takes a real close look at the vastness of corruption in the agency and a lack of accountability in certain people and shows how far the CIA’s reach is and how far they can go to silence people. 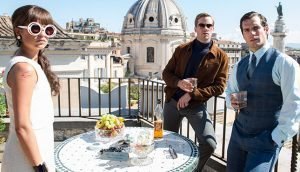 Directed by Guy Ritchie this film follows Henry Cavill as Napoleon Solo and Armie Hammer as Ilya Kuryakin. Solo is a thief turned CIA operative and Ilya is a KGB agent. They lock heads in East Berlin but when a global threat poses itself, the CIA and KGB must come together reluctantly to face this threat. The film is made in typical Guy Ritchie style with moments of humor and action well balanced throughout the film and it goes to show us that in the spy business it is the greater good always and global threats make for strange bedfellows. A fine film though not one of Ritchie’s best, it is a fun watch and gives some insight about the CIA during the cold war days.

Directed by Ridley Scott, this film stars Leonardo DiCaprio, Russell Crowe, and Mark Strong. The film follows a joint operation between the CIA and the Jordanian intelligence to capture a terrorist called Al-Saleem. Ferris (DiCaprio) is the agent on the ground and Hoffman (Crowe) is his supervisor. The film shows CIA interference in the middle east but also brings out the necessity of said intervention in certain parts because the apprehension of these terrorists affect global events as the film shows a parallel plot of a bombing in London being planned at the same time. A fine film with stellar cast and acting this is one of the best movies about the agency’s presence in countries where they have no business being. 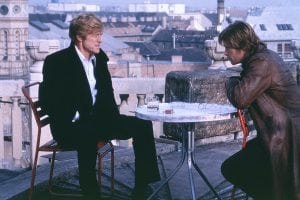 Not everyone in the CIA is out to get the other’s blood. The agency has good people who will stick up for their friends. This is brought out best in this film starring Robert Redford and Brad Pitt. Redford plays Muir an aging officer who recruited Bishop (Pitt). Bishop manages to get himself captured trying to rescue a Briton while the US and China are on verge of a trade agreement. The US government would rather see the deal go through than jeopardize it by acceding to the Chinese government’s demands that they claim Bishop as their own to save his life. When Muir is brought in as a pretext to give them enough reason to disavow Bishop, he stands up for his old friend and ultimately rescues him putting his own safety on the line. A fine film about genuinely good people in the agency this movie proves that not all CIA movies are conspiracy theories.

Directed by and starring Ben Affleck, this movie is about the Tehran hostage situation where US citizens were trapped in the embassy. Tony Mendez (Affleck) an exfiltration expert, comes up with a brilliant plan to rescue them posing as Canadian filmmakers. A tense situation follows after they make their way to Tehran and after a nailbiting series of events they eventually manage to rescue the hostages. The film shows the ingenuity of the CIA operatives and their sense of duty to the citizens of the country. A finely made film that won critical and public acclaim, this remains one of the best CIA movies of all time.