Where and When Was Love Is Blind: After the Altar Filmed? 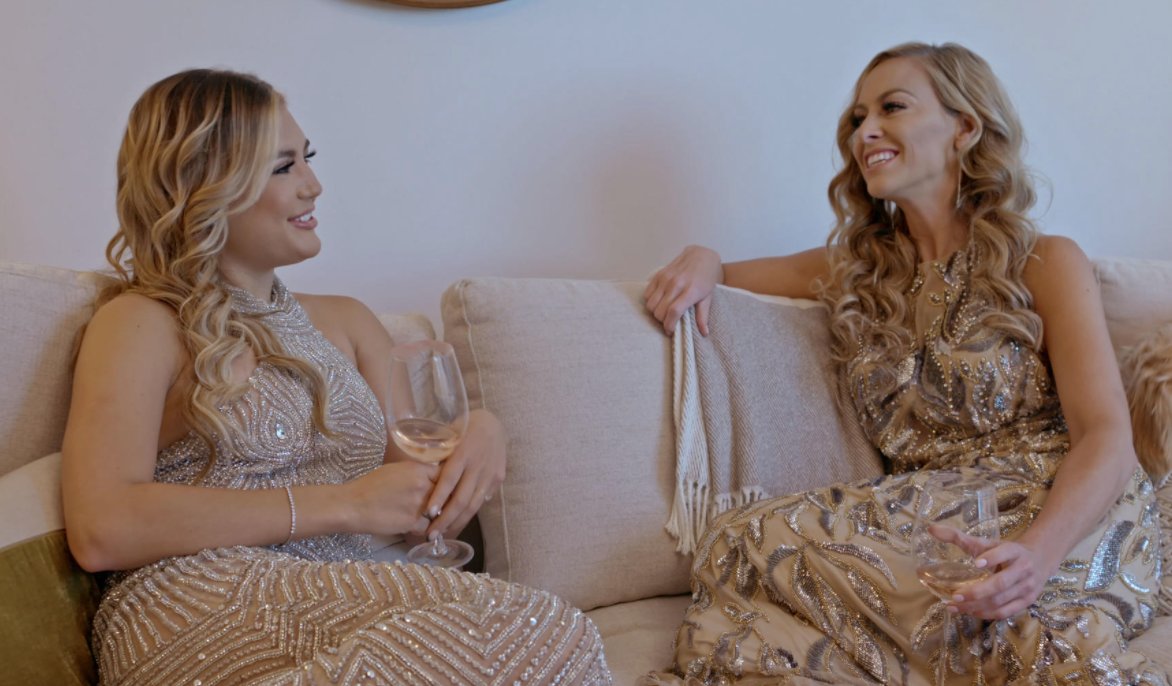 When ‘Love Is Blind’ first debuted on Netflix, it quickly became one of the hot favorites among the viewers. The dating show follows 30 men and women in search of love. They go through speed dating for ten days, where they can interact with each other from their individual “pods” but cannot see the person they are talking to. They meet face-to-face for the first time only after they get engaged.

‘Love Is Blind: After the Altar’ is the reunion special for the show that brings together all the cast members once again, after approximately two years. The special episodes also celebrate the second anniversary of Lauren and Cameron and Amber and Matthew. There is a lot of curiosity regarding where and when the special episodes were filmed. So, we are here with the answers!

Love Is Blind: After the Altar Filming Location

Season 1 of ‘Love Is Blind’ was primarily filmed in Atlanta, Georgia. As revealed by the creator of the series Chris Coelen, the idea behind the show is to give people a real shot at a long-term relationship, which is why they did not want geography and distance to be a hurdle for potential couples. One of the criteria for casting was that the applicants must be based in the same area. But does that mean that ‘Love Is Blind: After the Altar’ was also filmed in Atlanta? Here is what we know!

‘Love Is Blind: After the Altar’ was filmed in Atlanta, Georgia. It is not only the capital of Georgia but also the most populous city in the state. The city has an interesting skyline since most of the landmarks resemble the architectural styles of places in the Northeast or Midwest. Most of the commercial and institutional buildings align with the global trends in modern architecture.

Atlanta has also become a hub of film and television production, mostly due to its generous income tax credits. Furthermore, it is home to some of the most well-known studios, such as Tyler Perry Studios, EUE/Screen Gems Ltd., Williams Street Productions, and Turner Studios. In fact, the speed dating phase of the first season was filmed at Pinewood Atlanta Studios in Fayetteville, where the pods were set up. Therefore, it only makes sense for the production team to return to Atlanta to catch up with the cast members of the freshman edition.

When Was Love Is Blind: After the Altar Filmed?

The filming for the first season reportedly began on October 9, 2018, and wrapped up with the weddings of Lauren and Cameron and Amber and Matthew in mid-November 2018. Taking into account that ‘Love Is Blind: After the Altar’ celebrates the two-year wedding anniversary of the couples, we believe that it might have been filmed around their actual anniversaries, that is, in November 2020.

Lauren and Cameron and Amber and Matthew did not shy away from celebrating two years of togetherness and shared some heartfelt posts in November 2020. Cameron posted a beautiful picture with his wife and expressed his gratitude for having her in his life. Similarly, Amber shared a photograph with Matthew, marking the completion of two years of their marriage. Moreover, the cast members discussed the pandemic, which further corroborates the timeline. Most productions had resumed filming in Fall 2020, so there is a strong possibility that the special episodes were filmed in November 2020.