‘The Wasteland’ is a Spanish language horror movie that tells the story of a young boy’s fight against a sinister force in a bid to protect his mother. The film, directed by David Casademunt, unfolds in a distinct setting that amplifies the characters’ paranoia about the situation they are facing.

Naturally, the lack of clarity over where and when the film takes place will undoubtedly make the viewers curious about those details. Moreover, the ambiguous setting also gives rise to curiosity over the significance of the film’s title. If you are looking for answers about the setting and meaning behind the title of ‘The Wasteland,’ here’s everything we know in that regard! SPOILERS AHEAD!

When and Where is The Wasteland Set?

‘The Wasteland’ opens with a text scrawl that sheds some light on the movie’s setting. According to the text, the movie takes place in 19th century Spain. However, viewers receive no further details about the exact location and period throughout the film. From the characters’ interactions, we can incur that the movie occurs during an ongoing war in the country. Due to the war, people have moved to distant locations to avoid the chaos and prefer to live in isolation. 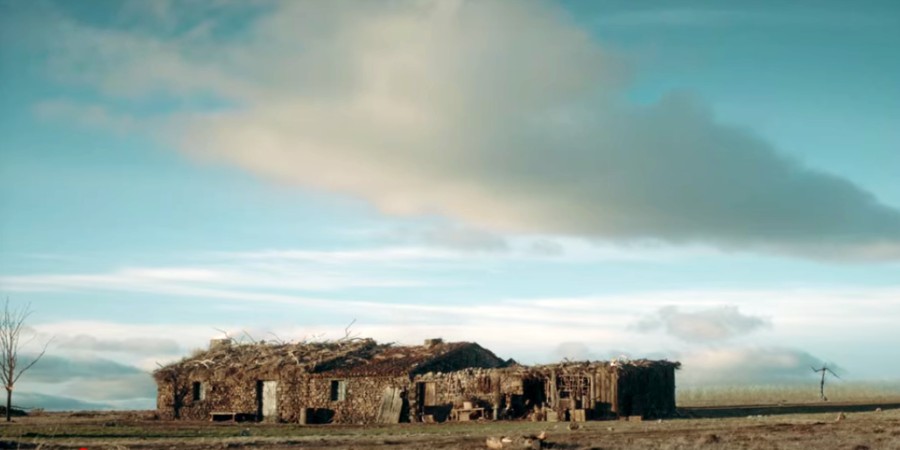 The protagonist, Diego, lives with his mother, Lucia, and father, Salvador, on an isolated land with little vegetation. Therefore, it is safe to say that the family lives on a moorland. Such lands are common in the Northern parts of Spain and the Meseta Central. The film was shot in the vicinity of Teruel, a city in the Northeastern region of Aragon. Therefore, we can assume that the film’s events occur in the same general area.

In the movie, Lucia and her son are often singing a popular French folk song titled ‘Marlborough s’en va-t-en Guerre.’ The song is said to have been popularized in Spain by guitarist Fernando Sor. Sor’s variations of the song were first introduced in 1827. Hence, it is safe to assume that the film is set after the second decade of the 19th century. In Spain, an era of uncertainty known as the Ominous Decade unfolded from 1823 to 1833. During this time, Aragon was among the areas negatively affected by war and politics. Assuming Diego’s family lives in this region, it is likely that the film is set during the 1830s.

What is the Meaning of The Wasteland Title?

Although the film is titled ‘The Wasteland,’ it is alternatively known as ‘The Beast,’ and the Spanish title of the movie is ‘El Páramo.’ The English title of the film refers to the isolated land where Diego and his family reside. However, on the surface, it appears to be slightly inaccurate as the moorlands aren’t exactly infertile, which the title suggests. Therefore, the Spanish title, which loosely translates to “The Moorlands,” is a little more appropriate. 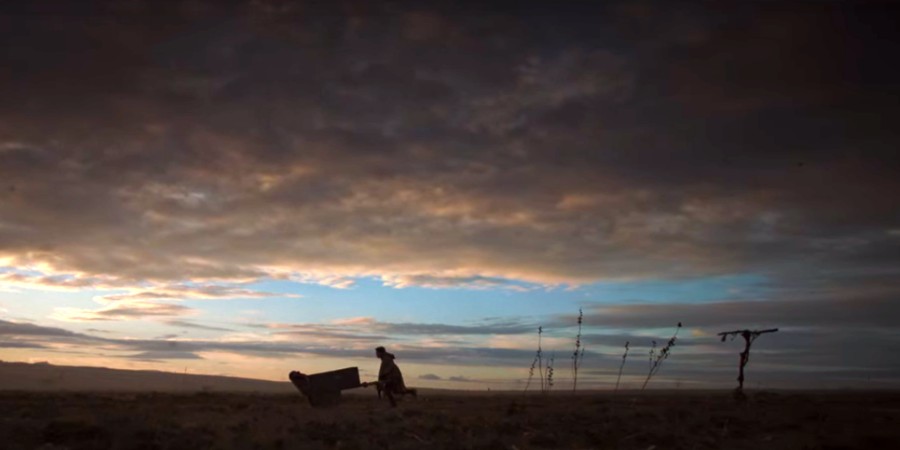 The alternative English title references the sinister entity plaguing Diego and his mother in the movie. When compared to the Spanish title, it is a bit of a departure from the thematic significance of the film. Moreover, it is also much more direct and takes away the ambiguity of the plot. Therefore, it is likely that the makers decided to title the film ‘The Wasteland’ as it conveys the sentiment of the Spanish title while maintaining the ambiguity over the movie’s setting and essential plot details.