Where Are Charles Vallow’s Brothers Now? 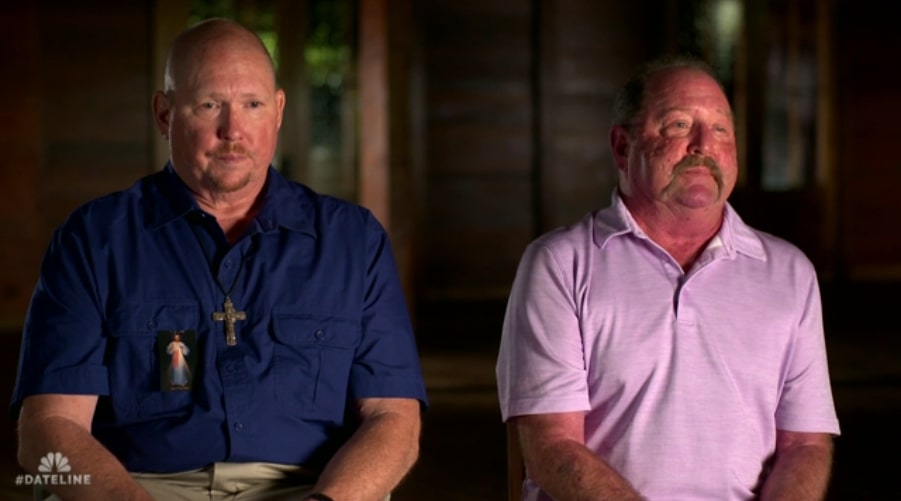 NBC’s ‘Dateline: The Doomsday Files’ is an episode that examines the truly bewildering tale of Lori Vallow and Chad Daybell by delving deep into the different suspicious deaths that transpired around them in 2019. From the passing of Lori’s fourth husband, Charles Vallow, to the demise of Chad’s loving first wife, Tammy Daybell, to the disappearance and killing of Lori’s two minor children, Taylee Ryan and JJ Vallow, everything is profiled in the special. Moreover, both of Charles’ brothers speak up about the matter in detail for the first time, so here’s what we know about them.

Who Are Charles Vallow’s Brothers?

From what we can tell, Leland Charles Anthony Vallow came from a pretty big family of two brothers and four sisters, one of whom sadly lost her life before he did in July 2019. As for his brothers, in particular, they are Gerry Vallow and Robert “Bobby” Vallow, who grew up playing baseball with him and knew that he was funny, optimistic, and genuinely cared about the people around him. They concede that Charles had his flaws and wasn’t a perfect man by any account, but he was indeed good. After all, despite their issues, he wanted to make his marriage with Lori work.

Gerry and Bobby maintain that their elder brother did not deserve what he got, especially since he was shot to death and cremated before they even heard the news from one of their sisters during a conference call. Hearing the report was like “being hit in the chest with a cannonball or something,” the former stated on ‘Dateline,’ whereas the latter added that Charles was killed in “an ambush,” not self-defense. In July 2021, Gerry even revealed that he still struggles with the loss, which is why he finally elected to open up about it two years after the tragedy. The incident bothers him to his core.

Where Are Charles Vallow’s Brothers Now?

While Robert “Bobby” Vallow seemingly believes that his brother was murdered for insurance money in a conspiracy between Charles’ estranged wife Lori and her brother Alex Cox, Gerry Vallow just wants real answers instead of theories now. He knows that “justice takes time,” and that he has to be patient, but he also wants closure. Speaking to East Idaho News after Lori Vallow was officially indicted in the case, Gerry said, “I would just like to sit down and look Lori in the eyes and talk to her. I really would. I’d like to ask her a couple of questions. I would tell her she is not some reincarnated deity.”

Gerry continued, “She’s not some god on earth that’s going to lead people to the end of the world when Jesus comes.” He also responded to Lori’s incompetency ruling by insisting, “She ain’t crazy. That b—h knew exactly what she was doing. And that’s the truth.” However, he added that he isn’t angry at her because it’s not his place. “The creator of the universe will judge her. Not me. That gives me comfort because I’m not a judge,” he said.

Charles’ brother further added, “I don’t hate. I don’t allow that emotion in my heart. In a way, I feel sorry for her.” Thus, it appears as if both Gerry and Bobby are now trying their best to move on from the past with families of their own. While Gerry Vallow resides in Texas, Robert “Bobby” Vallow appears to be a Louisiana native.

Read More: How Did Tammy Daybell and Charles Vallow Die?