Where Are Charlie Andrus, Frederic Huffnagle, and Alfred Adkins Now? 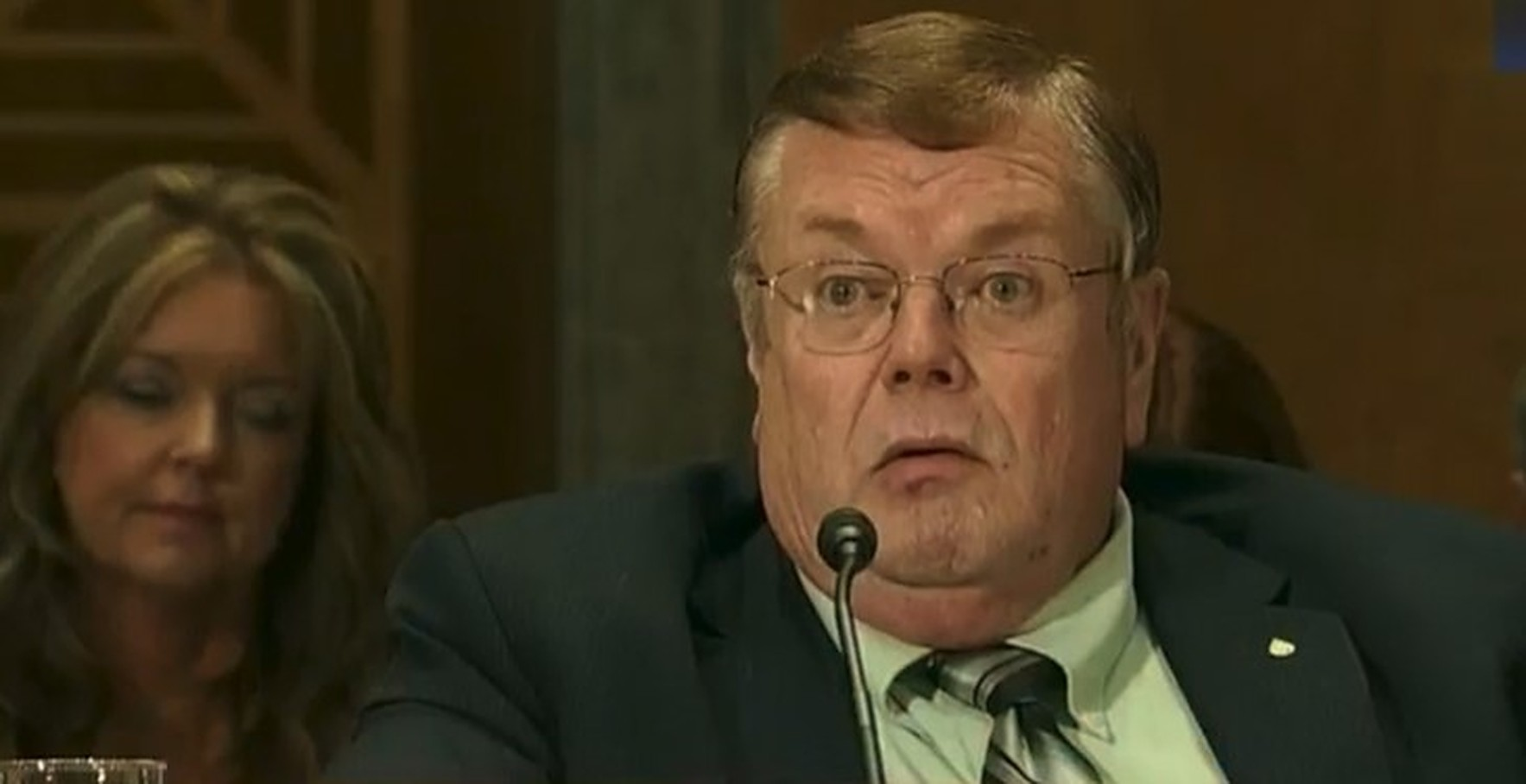 To carry out this entire scheme, the renowned lawyer solicited the help of SSA Judge David Daugherty, SSA Chief Justice Charlie Paul Andrus, Dr. Frederic Huffnagle, and Dr. Alfred Adkins. While Conn and Daugherty were declared the main masterminds, let’s find out more about how the rest three were involved.

Who are Charlie Andrus, Frederic Huffnagle, and Alfred Adkins?

After federal agents raided the office and secured evidence, an explosive Wall Street Journal report by journalist Damian Paletta got published in May 2011. It exposed a massive fraud where Daugherty approved the disability claims cases for Conn’s clients for a particular fee per case, resulting in the SSA being liable to pay the claimants around $550 million as benefits. Moreover, many of the cases were not even given the requisite hearing. As investigations commenced, Andrus was demoted from his position, and he subsequently retired in 2012.

However, a hearing with a Senate panel in Washington D.C. was conducted in 2013, wherein Huntington’s SSA office employees Sarah Carver and Jennifer Griffith testified that Daugherty and Conn were involved in conducting the fraud. Along with them, two of Conn’s former female employees also gave their testimonies about their employer’s illegal dealings with the judge.  Meanwhile, Andrus was questioned about not disciplining Daugherty for conducting such a grave misuse of powers.

The testimonies of Conn’s employees further revealed that he solicited two medical professionals named Dr. Frederic Huffnagle and Dr. Alfred Adkins to forge fake medical documentation in the disability claims. They wrote the medical reports as per his and Daugherty’s instructions and this resulted in the ruling being in favor of his client. Not just that, Conn usually searched and hired doctors whose licenses had been previously revoked, and they would reportedly work for $225-$650 per report they made.

Dr. Frederic Thomas Huffnagle was his primary doctor who was responsible for the physical examinations of disability claimants and used to mainly sign the Residual Functional Capacity forms (RCF) for them. Each month, he would come down to Conn’s office in Stanville from Bowling Green, Kentucky, to carry out the examinations for the clients. His license had been revoked in New York, and he had several medical malpractice fines and lawsuits against him.

The other doctor Conn hired was Dr. Alfred Bradley Adkins, a clinical psychologist who was working at the Pikeville Medical Center at that time. In a similar fashion as Huffnagle, he used to conduct examinations for mental disabilities for the claimants and would pass off almost everyone as eligible for social security benefits. Per examination, he charged Conn $330-$350. In April 2016, Adkins and Andrus were indicted along with Conn and Daugherty.

Where Are Charlie Andrus, Frederick Huffnagle, and Alfred Adkins Now?

Charlie Andrus was charged with conspiracy to retaliate against an informant. In his plea deal, he admitted that when he was demoted in 2011, he was aware that Sarah Carver was meeting with the investigators and relaying information about the fraud in the Huntington SSA office. After Paletta’s piece was published, Andrus and Conn concocted a scheme to discredit Carver and get her fired by getting her tailed and falsely filming her violating a work from home program for SSA employees.

Charlie Andrus pleaded guilty to his charges and was sentenced to six months in prison on August 7, 2017. He was given an additional two months of home detention and asked to pay a $20,000 fine. During his sentencing, he apologized to Carver as well. As far as we know, he completed his sentence in 2018 and has been living away from the media eye in Huntington. Meanwhile, Dr. Frederic Huffnagle couldn’t be indicted as he passed away on October 5, 2010.

Lastly, Dr. Alfred Adkins was charged with one count of conspiracy to commit mail fraud and wire fraud, one count of mail fraud, and one count of wire fraud. Later, one count of making false statements was added due to his false testimony in his June 2017 trial. As per the authorities, Adkins allegedly tried to kill himself, but his request for a new trial was turned down. He refused a plea deal and was sentenced to 25 years in prison as well as to pay over $93 million to the SSA and HHS in restitution on September 22, 2017. Aged 50, he is currently incarcerated at the Ashland Federal Correctional Institution and won’t be released before August 11, 2038.