Where Are Jenni Rivera’s Kids Now? 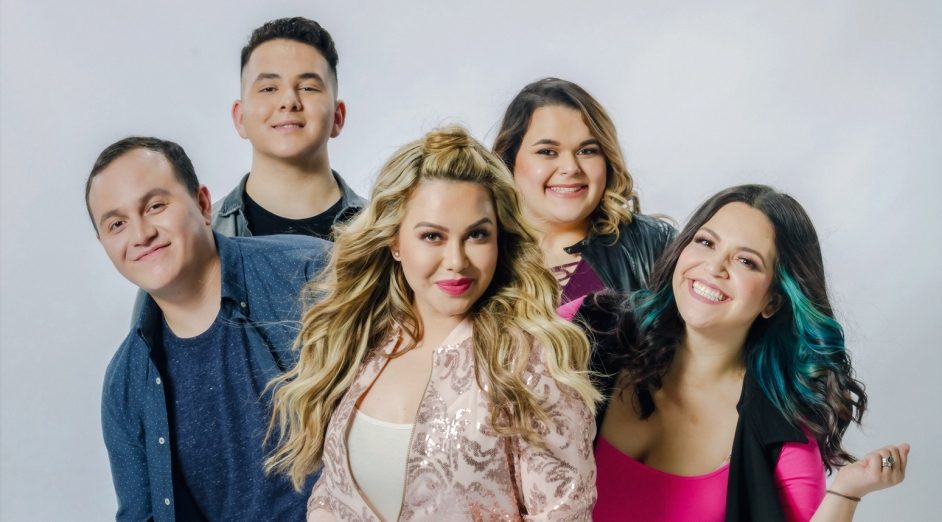 With Peacock’s ‘Who Killed Jenni Rivera?’ exploring every facet of the influential Regional Mexican musician’s life, career, as well as tragic demise, we get a deep insight into who she truly was. After all, this 3-part original includes not just exclusive interviews but also archival footage to underscore the fact she was as much human as she was a star on the precipice of global domination. Yet for now, if you simply wish to learn more about the individuals that had inadvertently always helped bring a sense of normalcy into Jenni’s life — her five kids — we’ve got the details for you.

Who Are Jenni Rivera’s Children?

Jenni was actually a mere sophomore in high school when she became pregnant for the first time, only to welcome Janney “Chiquis” Marín Rivera around a week before she turned 16 in 1985. The Long Beach, California, native had bravely decided to raise the baby and continue her education, which she even managed to do while marrying Chiquis’ father and growing their little family. In fact, she gave birth to two more children with José Trinidad Marín; Jacqueline “Jacqie” Marin Rivera in 1989 and Michael Marin Rivera in 1991, but their marriage came to a sure end in 1992.

Janni had cited physical as well as emotional abuse in her divorce filings, yet she could’ve never imagined José would sexually exploit his own two daughters (and her younger sister Rosie), but he did. According to Chiquis’ accounts, it began when she was eight and lasted until she got her first period at the age of 12 — seemingly from 1993 to 1997 — with her parents splitting custody of her. “My father would take advantage of those weekends, exploiting my silence more and more while simultaneously becoming ever more aggressive,” she once revealed to take back control of her past.

Chiquis added, “His growing boldness translated into longer, more fearsome, and more painful sessions for me. All I remember is closing my eyes, tensing up my arms, and thinking: ‘If I don’t put up too much of a fight, then he’ll be done with me sooner.'” Throughout this period, unaware of what was happening to her eldest, Jenni moved on to tie the knot with Juan López in 1997, just to then welcome two more kids into her life. While their daughter Jenicka Lopez Rivera was born in 1997, their son Juan “Johnny” Angel Lopez Rivera came into this world in 2001, before the couple separated in 2003.

However, it’s also imperative to note Jenni was reportedly quite a strict mother, with a temper that often resulted in undeniably massive and bitter fallouts, especially with her firstborn Chiquis. “You want me to whoop your a**, or do you want a different punishment?,” the former had allegedly once asked her daughter upon learning the then-14-year-old had cut school, following which she snipped off all her hair. The teen was subsequently sent to live with her maternal grandmother for two months, only for her diet (including water intake) to be controlled after she returned since she’d gained some weight.

Where Are Jenni Rivera’s Children Now?

If we’re being honest, Jenni and Chiquis were not at all on speaking terms when the mother of five/the Regional Mexican artist unfortunately lost her life in an aircraft accident on December 9, 2012. She was actually under the impression her daughter was having an affair with her third husband, baseball player Esteban Loaiza ​(married in 2010), driving her to file for divorce and freeze the former out in October 2012. Chiquis has always denied such rumors, attributing them to the “toxic voices” surrounding her mother at the time; plus, the entire Rivera family believes because she ostensibly has solid proof.

Nevertheless, we do need to mention Chiquis was open to making things okay with Jenni upon showing her said evidence, and even the latter was supposedly thinking of squashing the issue for good. According to the musician’s sister Rosie, she had genuine plans to invite the youngster back home for Christmas celebrations, but alas, neither of them got the chance to extend the familial olive branch.

Coming to her whereabouts, from what we can tell, Chiquis has followed in her mother’s footsteps and is a successful Regional Mexican/Latin Pop musician based in California at the moment. In fact, she recently won a Latin Grammy Award for Best Regional Mexican Album, making it evident she’s just as talented, fierce, as well as determined as top-selling female artist Jenni. Moreover, the author of ‘Forgiveness,’ a 2015 memoir, is also an entrepreneur, philanthropist, and dog mom proudly running the Be Flawless skin and cosmetic brands.

As for Jenni’s other kids, while Jacqie Campos has been married to her love Michael Campos since 2012, is a mother of four, and is also a Los Angeles-based musician, her brother Michael is a painter and a father of an adorable daughter named Luna. On the other hand, Jenicka is a 25-year-old digital creator with exclusive content on both her YouTube as well as Instagram profiles; plus, she has a brand called Overcomfort and a podcast entitled the same on the way. Last but not least, we have Johnny, a 21-year-old rising musician who goes by the name Cinco and came out as bisexual in 2017 — he actually described himself on his Instagram bio as “basically Bruce Wayne but with siblings.”

It’s imperative to mention the five siblings, the stars of ‘The Riveras,’ are closer than ever these days, especially as they recently worked together to compile their mother’s old, unreleased music into a new album — it comprises 11 tracks and is slated to be released sometime in December 2022. “At the end of the day, [our mother Jenni] continues to keep us together,” Chiquis once said. “She had a strong personality, but she was a go-getter and never gave up. If one door closed, she’d open the window and never took no for an answer.”