Where Are Joe Colombo’s Wife and Kids Now? 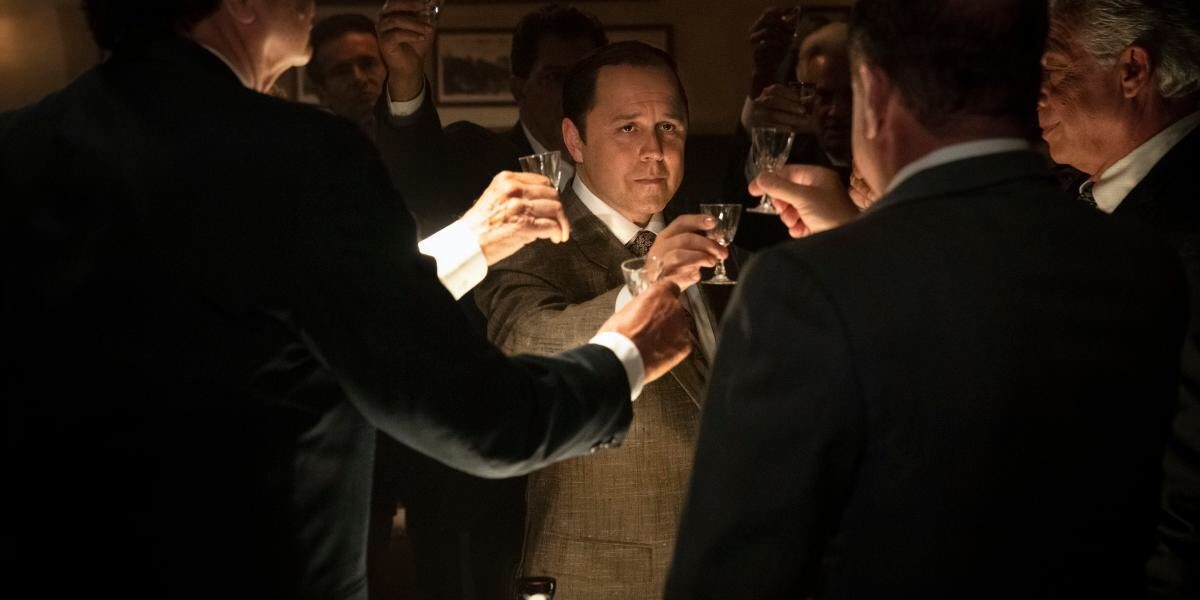 ‘The Offer’ is a period drama series that revolves around the production of Francis Ford Coppola’s 1972 gangster film ‘The Godfather.’ It showcases how producer Al Ruddy faces several issues in realizing the project and is forced to make a deal with mobster Joseph “Joe” Colombo to get the production rolling. As the narrative progresses, Ruddy and Colombo develop a close bond.

Who Are Joe Colombo’s Wife and Kids?

Joseph Anthony Colombo Sr. (better known as Joe Colombo) was a noted crime boss known for his association with The Commission. He was the founder of the Italian-American Civil Rights League. Outside his work as a mob boss, Colombo presented several legitimate businesses and had an image of a family man. Colombo was married to Lucille Faiello Colombo.

The couple tied the knot in 1944 and had five children together. However, not much is known about the couple’s relationship. They had four sons, Christopher Colombo, Joseph Colombo Jr, Anthony Colombo, and Vincent Colombo. Colombo and his wife also had a daughter named Catherine Colombo. The Colombos owned a small house in Dyker Heights, Brooklyn. However, the family likely resided in a five-acre estate in Blooming Grove, New York.

Where Are Joe Colombo’s Wife and Kids Now?

Joe Colombo passed away on May 22, 1978, leaving his wife and five children behind. After Colombo’s death, his family preferred to remain outside the public eye. As a result, not much is known about Lucille Colombo’s later life. However, she reportedly passed away on December 5, 1996, at the age of 76. The Colombo sons were reportedly never inducted into the Colombo crime family that bears their father’s name till the present. However, the children have had their fair share of criminal history.

In 1970, Joseph Colombo Jr. was arrested on a federal charge. However, he was acquitted the following year. A few years later, in 1985, Joseph and his brothers, Anthony and Vincent, were indicted on racketeering charges of bookmaking and bribery. Anthony received a 14-year sentence, while his brothers were handed a 5-year sentence. However, since his release in 1990, Joseph maintained a low profile and remained out of trouble with the law. He died on October 29, 2014, aged 67, after a long battle with Neurological Lyme Disease. He was married to Diane Castelo and had three children, Dina, Denise, and Joseph.

Colombo’s other son, Anthony Edward Colombo Sr., was a graduate of the Valley Forge Military Academy. He owned and operated several catering halls, dry cleaning businesses, and construction companies. Anthony followed in his father’s footsteps and was involved in criminal activities. As mentioned above, he was convicted in a federal racketeering conspiracy case in 1986. Anthony pleaded guilty and was sentenced to 14 years in prison.

Anthony was also involved in the production of ‘The Godfather,’ suggesting producer Al Ruddy remove the word Mafia from the film’s script. Anthony passed away on January 6, 2017, from complications of diabetes. He was 71-years-old at the time of his death. Anthony was married to Carol O’Brien and had four children — sons, Joseph and Anthony Jr., and daughters, Lucille and Cristine. At the time of Anthony’s death, his brothers, Vincent and Christopher, were still alive. Catherine is married and goes by the last name Duggan. She was reportedly living in Washingtonville, New York.

Read More: Was Al Ruddy Fired From The Godfather? How Was He Reinstated?