Where Are John Vandemoer and Rudy Meredith Now?

Netflix’s ‘Operation Varsity Blues: The College Admissions Scandal’ is a film examining the tale of the undergraduate university bribery scandal, which came into the spotlight in early 2019. Here, wealthy and famous parents, whose children were applying to renowned, top-tiered colleges, worked with William “Rick” Singer to guarantee acceptance. With the help of their deep pockets and Rick’s elaborate ways, they managed to shape the admission decision process and got various sports coaches and office administrators involved in the scheme as well. Among those were John Vandemoer and Rudy Meredith. So, let’s find out where they are now, shall we?

Where is John Vandemoer Now?

John Vandemoer, the former Head Sailing Coach at Stanford University, is someone who maintains his naiveté to this day. After all, as he revealed in the Netflix documentary, when Rick contacted him about looking into one of his clients in exchange for a “donation,” John told him that he couldn’t as his allocation limit was already full. However, as that student got admitted anyway, Rick gave him $500,000, which he accepted. Then, to keep their relationship going, Rick delivered another $110,000 and $160,000 to him over a while, which officials say was bribery. Yet, as John allegedly did nothing for Rick’s clients in return, he says that it was not.

Ultimately, though, John was charged with mail fraud, tax fraud, and wire fraud and faced a maximum of 60 years behind bars. And because both Rick and Stanford were willing to testify against him, he decided that pleading guilty would be the safer option. Therefore, John admitted guilt to conspiracy to commit racketeering and was subsequently sentenced to six months in home confinement, two years on probation, and a $10,000 fine. The reason for his lenient sentence was because the judge saw that he was the least culpable. “[The others] took money for themselves…All the money [John] took went directly into the sailing program.”

When given a chance to address the court, John, whom Stanford fired on the day he pled guilty, said, “I spent my life trying to be a good, moral person and here, I made a mistake. I deserve all of this. I caused it and for that I’m deeply ashamed.” John Vandemoer’s house arrest ended in December 2019, so now, he has transitioned his career into engineering and project management. Although he still works as an independent sailing coach in the San Francisco Bay Area, his main job is as a project manager at Water Solutions in Moss Beach, California. John is slowly yet surely doing all that he can to rebuild his life once again.

Where is Rudy Meredith Now?

Rudy Meredith, the former soccer coach for the women’s team at Yale University, was involved in the college admissions scandal as he leveraged his position for personal benefits. As per court records, he accepted around $860,000 in bribes from Rick Singer between 2015 and 2018 to designate Yale applicants as fake athletic recruits. But towards the end, he was caught by the FBI. Consequently, even though Rudy agreed to cooperate with their investigations into the matter, he resigned from his post in November 2018, telling the college that it was “time to explore new possibilities and begin a different chapter in my life.” 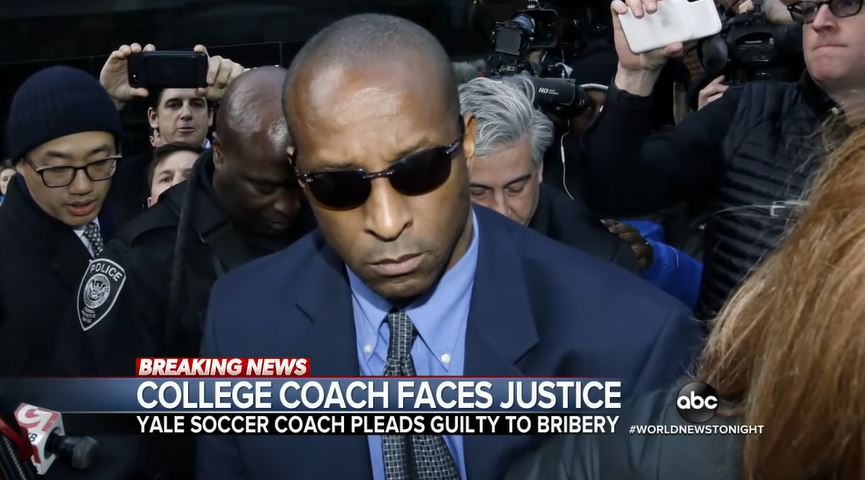 By that time, Rudy had been assisting Operation Varsity Blues for about six months. Yale did not learn about Rudy’s actions until the day after he issued the press release about his departure, as that was when they received a subpoena seeking information about the former coach. Rudy was charged with conspiracy to commit wire fraud and honest services wire fraud, to which he pled guilty in March of 2019. The Connecticut native also agreed to forfeit $866,000, over $300,000 of which he’d already given to the FBI in May 2018. However, Rudy, who now remains out of the limelight, is yet to be sentenced.