Where Are Patrick Mullins’ Wife and Son Jill and Miles Mullins Now? 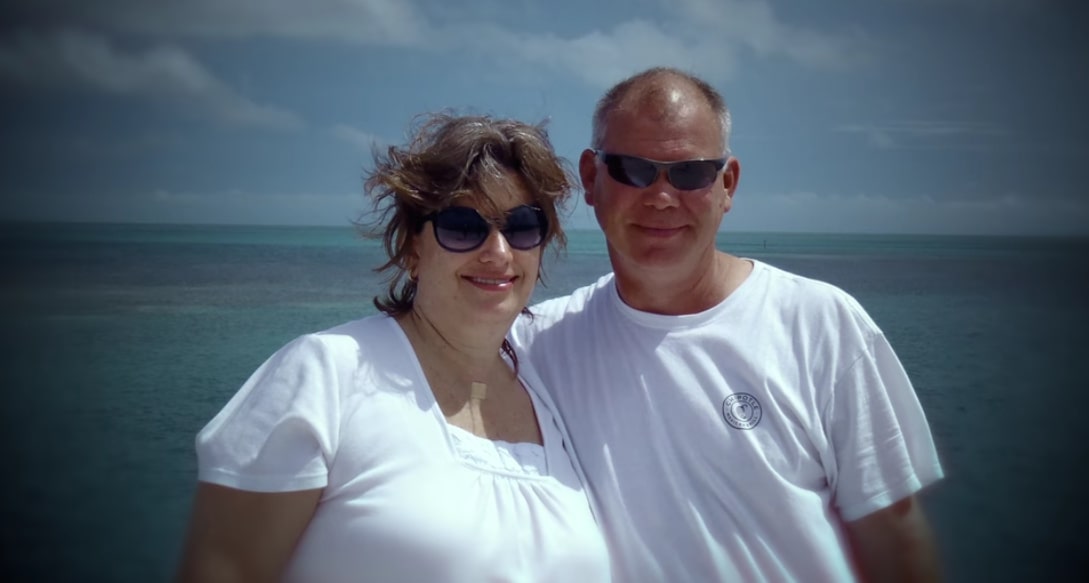 When Patrick Mullins was found submerged in the Manatee River, Florida, nine days after he disappeared back in early 2013, no one could’ve imagined there would still be more questions than answers. After all, as examined in Netflix’s ‘Unsolved Mysteries: Body in the Bay,’ it, unfortunately, remains unclear whether the seemingly content 52-year-old was brutally murdered or if he died by suicide. Yet for now, if you simply wish to learn more about the two loudest individuals demanding what they believe to be pure justice in this matter — his wife and son — we’ve got the details for you.

Who Are Patrick Mullins’ Wife and Sons?

It was apparently around the late 1970s or early 1980s that Patrick became seriously involved with Jill while attending the University of Florida, only for their spark to soon evolve into much more. They thus blissfully tied the knot on June 18, 1983, settled down to build a stable home in the beautiful city of Bradenton, and then eventually welcomed two boys into their tirelessly loving world. In fact, from what we can tell, while Mason McCaffery Mullins was born towards the mid-to-late 1980s, Miles Patrick Mullins followed a mere two years later to essentially complete their brood.

Therefore, not only were Patrick and Jill nearing their 30th anniversary — a milestone they were already excited for — but their sons were also 26 and 24 when their world turned upside down. Mason was actually an Army infantryman on his second deployment to Afghanistan, whereas Miles was pursuing his Bachelor’s in civil engineering from the University of South Florida in Tampa. That’s why Jill called the latter once she realized Patrick was missing, just for his initial reaction to be calm since his father was the most cautious man he knew — Miles grew up alongside him as a caring yet adventurous figure, so he assumed he’d soon return.

However, Jill’s second worried call at roughly 11 pm that same evening — January 27, 2013 — raised some serious concerns, urging the youngster to immediately drive back home. The small boat Patrick was last seen alive in was the sole thing recovered the following day, but no one gave up hope. Even his wife’s thought process was, “[I wished] he’d be found alive, but really [prayed] he would simply be found because an answer at least is an answer.” Though she sadly hasn’t ever received the closure she’d been looking for since Patrick was found shot — his manner of death is ruled undetermined, yet she and their sons believe it a homicide.

Where Are Patrick Mullins’ Wife and Sons Now?

Considering the potential pieces of evidence, Damon Crestwood’s supposed hand in the matter, as well as the officials’ hurry to stick to the possible suicide narrative, per the episode, Leslie Jill and Miles continue to fight for Patrick to this day. In fact, over the years, the former has even made several public appearances and given interviews in the hopes of not just maintaining the public’s interest in her husband’s case but also shining a light upon the police system. “It’s hard to talk about, but it’s a relief, too,” the librarian, proudly sharing the same profession as Patrick, once said. “It’s kind of crushing the world goes on — and it has to.”

Coming to their current whereabouts, from what we can tell, while Jill resides in Parrish, Florida, at the moment, it appears as if Miles is a Project Manager based around the Columbus, Ohio, area. As for Mason, it seems like he still serves in the army, and all three of them prefer to keep their personal lives well away from the spotlight these days. Nevertheless, it’s imperative to note that the Mullins family is currently offering a $20,000 reward for any information leading to an arrest and conviction in connection to the case. So if you know anything, please do not hesitate to dial 941-705-8575 or contact the Manatee County Sheriff’s Office at 941-747-3011.

Read More: How Did Damon Crestwood Die? Did He Kill Patrick Mullins?