Where Are Selma Nilla and Lagoona Bloo From Nailed It Now? 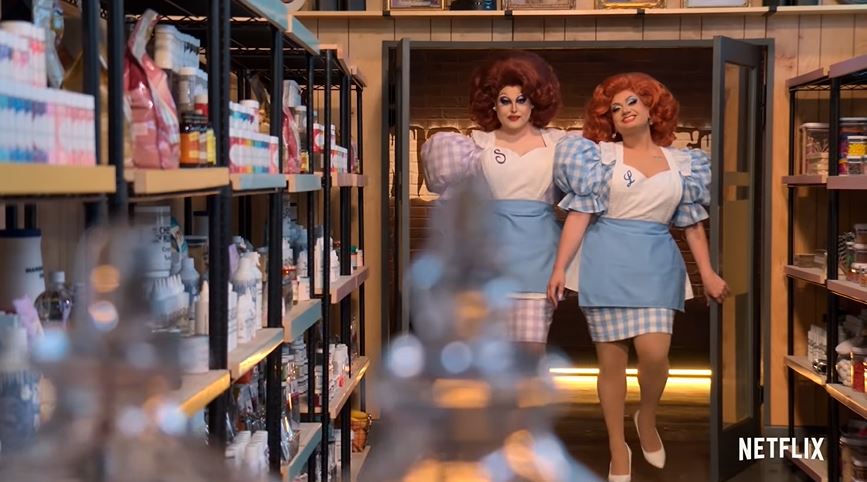 Netflix’s ‘Nailed It! Double Trouble’ follows the same pattern as the first four seasons of the series. Home bakers who don’t particularly have a good track record seek redemption on this platform in the hopes of walking away with a $10,000 cash prize. However, while each episode previously featured three contestants who tried their hand at recreating professional edible masterpieces, in season 5, there are three teams of two. By pairing up the participants, it’s double the entertainment. And the winners of episode 2, ‘The Burbank State Fair,’ Selma Nilla and Lagoona Bloo, are standing proof of it.

Selma Nilla and Lagoona Bloo first met each other while performing drag in New York City, New York. “Selma does a show, and I do a show right after,” Lagoona said, adding that the more they worked together, the closer they got. So, it’s no surprise that the pair eventually turned from drag friends to drag sisters. In their initial interview itself, the confident queens had billed themselves to be the winning pair. “Like, obviously, I’m so good at decorating,” Lagoona said, to which Selma added, “And I’m so good at baking… and eating.”

In the Baker’s Choice challenge, Selma Nilla and Lagoona Bloo selected to recreate the Clown Caramel Corn Doll, and thanks to their precision with the salt, butter, sweetness, and popcorn, they honestly nailed it. After earning the Golden Baker’s hat and the beautiful standing mixer, the duo was then pushed to bake a massive roller coaster cake. Nevertheless, they maintained their composure, followed their divide and conquer method, and subsequently came out on top. It was their creativity that led them to victory and $10,000.

Where Are Selma Nilla and Lagoona Bloo Now?

Now back in New York City, not only are Selma Nilla and Lagoona Bloo continuing their drag careers, but they’re taking it to almost unparalleled levels. While Selma is an actor, singer, dancer, hairstylist, and makeup artist who primarily earns her money through performing or her YouTube channel, Lagoona is a recording artist who calls herself “NYC’s Mermaid Pop Star.” Selma also has an online store, Selma Nilla’s Hen House, which sells everything from clothes for men, women, and kids to accessories like mugs, bags, and magnets.

We should mention that Selma was a wig stylist on Broadway for a long time. It was only when the COVID-19 pandemic hit that she truly pivoted to drag, using social media outlets as her platform, which gave her “some of the best opportunities to date!” As for Lagoona, the singer, songwriter, and recording artist is a member of the drag pop vocal trio, Stephanie’s Child, which has appeared on shows like ‘The Voice.’ Moreover, she recently released her solo debut single, “Greedy With My Love,” which will soon be followed by “Hands.” Lagoona’s work has given her exposure and taken her worldwide, so it doesn’t look like she plans on stopping anytime soon.

Read More: Where Are Richard and Sarah From Nailed It! Now?