Where Are Senzo Meyiwa’s Parents Sam and Irene Meyiwa Now?

After Senzo Meyiwa’s sudden death in October 2014, his loved ones and legions of fans were left devastated. While the authorities took years to find out who killed Senzo, his parents, Irene and Sam Meyiwa, kept pushing for answers and hoped for a resolution. Netflix’s ‘Senzo: Murder of a Soccer Star’ chronicles the lengthy inquiry into Senzo’s death and features Irene sharing her ordeal. So, if you’re curious to find out what happened to the footballer’s parents, we’ve got you covered.

Who Are Irene and Sam Meyiwa?

Senzo’s mother, Ntombifuthi Meyiwa, referred to as Irene on the show, talked about how Sam would always text his son after a game and how they would discuss his mistakes. The family was fully supportive of Senzo, who had a tough childhood and later became the family’s breadwinner. So, when the young man was shot to death in October 2014, it came as a great shock to everyone.

Despite being married to Mandisa Mkhize, Senzo had also been dating South African singer Kelly Khumalo. In fact, he was with Kelly at her home when the incident happened. Senzo’s relationship was a point of contention in the Meyiwa family at the time; they didn’t like him dating Kelly since he was already married to Mandisa. So, it was not a surprise when Sam publicly stated that the singer was not welcome at Senzo’s funeral.

Irene and Sam were frustrated with the lack of developments in the investigation early on. In 2015, Sam had received information regarding the killers’ identities through a tip, and he immediately went to the police. However, the information they eventually received was not followed up until 2020. As for Irene, she still believed Kelly wasn’t being honest about what happened that night. The mother added, “I’m scared of her. The same person who still refuses to tell the truth about what happened to my son. My biggest wish is to see the people who killed Senzo arrested and for the truth to come out completely.”

How Did Sam Meyiwa Die? Where is Irene Meyiwa Now? 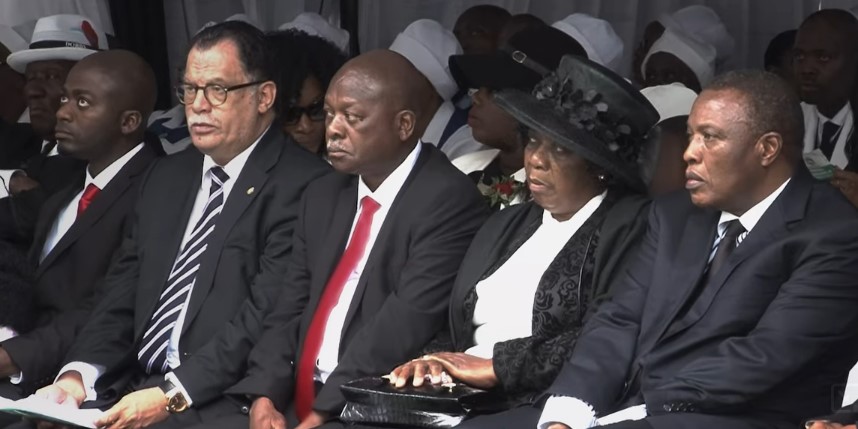 Ultimately, Sam Meyiwa passed away without ever finding out who killed his son. Family members believed he had a tough time dealing with Senzo’s loss and had a stroke in August 2018 that left him bedridden. The 66-year-old never recovered from it completely, passing away due to another stroke during the early hours of July 29, 2019.

From what we can tell, Irene still lives in Umlazi in KwaZulu-Natal, South Africa. In a recent interview, she mentioned that she was struggling financially. Irene explained why she did the show, adding, “I needed the money, and I agreed to do it, but we hope the series will finally see the killed being brought to justice for Senzo’s murder.”