Where is AND1 Co-Founder Jay Coen Gilbert Now?

As a documentary that delves deep into the way a streetball brand abruptly went from international success to near collapse, Netflix’s ‘Untold: The Rise and Fall of AND1’ is unlike any other. That’s because it features first-hand accounts from essentially every prominent figure involved to accentuate the fact there was nothing actually too scandalous or sordid behind its takeover. Amongst them is thus Co-Founder Jay Coen Gilbert — so now, if you wish to learn more about him, his experiences, as well as his current standing, we’ve got all the necessary details for you.

Who is Jay Coen Gilbert?

Jay never really had a particular affinity or even an outright interest in the wonderous sport of basketball while growing up in New York City, yet he has always had impressive business acumen. It’s how the Horace Mann High School graduate (1985) was able to land an Analyst job at McKinsey & Company despite having obtained a Bachelor’s in East Asian Studies from Stanford (1989). He actually just worked here until June 1991, though, only to then find himself evolving into an entrepreneur with the sporting apparel, footwear, and entertainment brand AND1 in May 1993. 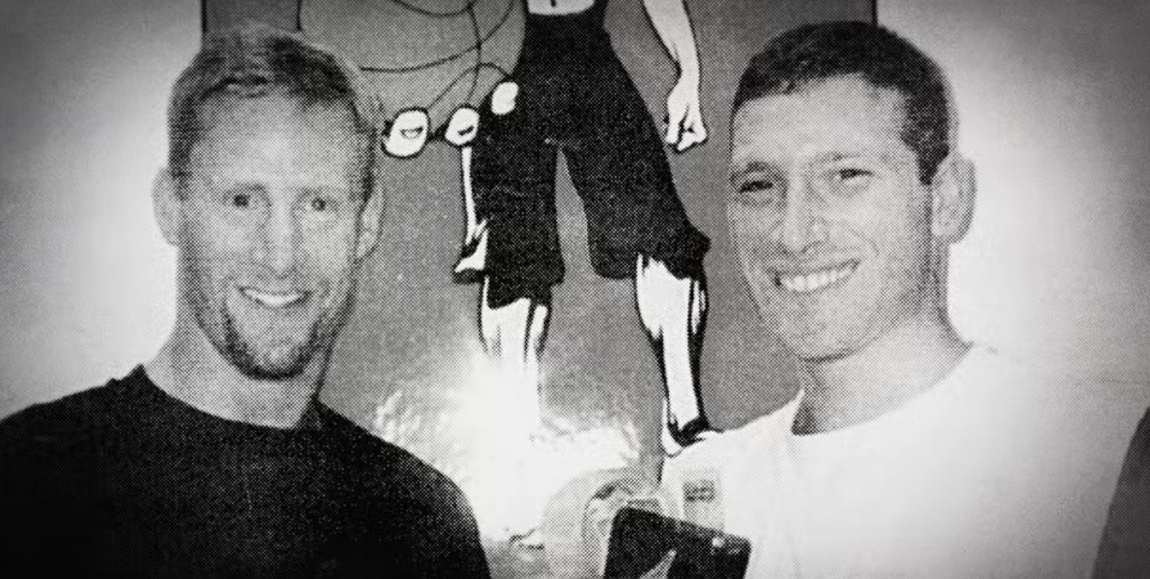 “Seth [Berger] and I met each other in seventh grade,” Jay stated in the original production. “He came to me in college with this idea [of establishing a basketball-based enterprise]. So I said, ‘Yes,’ cause it’ll be a lot more fun to do any business with your best friend.” He was right; plus, the fact they managed to stick to their distinct roles while maintaining open communication, including with fellow co-founder Tom Austin, further helped them thrive.

Jay actually helmed the product as well as the marketing departments of AND1 for most of its run before they ultimately sold it in 2005, indicating he was financially more than comfortable. We should hence mention he does regret the compensation issues the athletes signed by them faced over the years — he said, “Had we thought of the Mixtape players like employees as opposed to endorsed athletes, then we could’ve given them some stock options. That would’ve resulted in some incremental wealth going to all those players.”

Where is Jay Coen Gilbert Now?

From what we can tell, Jay Coen Gilbert enjoyed a year-long sabbatical in his family’s company following the successful AND1 sale, during which they traveled to Australia and Costa Rica. Upon their return, they seemingly settled down in Philadelphia, Pennsylvania, where he continues to reside alongside his loving yoga teacher wife, Randi. As for their two now-adult children, while their Camp Onas-working son Dex Coen is also based around Philadelphia, their daughter Ria Coen is currently attending the University of California-San Diego.

Coming to Jay’s professional experiences, he co-founded a non-profit organization named B Lab in 2006 in the hopes of ensuring businesses add value to society rather than just to shareholders. The enterprise thus offers the B Corporation Certification to for-profits if they meet certain standards of transparency, accountability, sustainability, as well as performance. There are currently 5,000 firms across 150 industries in 80 countries that are a part of this movement.

As if that’s not enough, the Henry Crown Fellow at the Aspen Institute is even the CEO of Imperative 21, a global network that believes it’s imperative for people in the 21st century to reimagine the economic system. Therefore, they work in coalition with organizations such as B Lab, The B Team, CECP, Common Future, Conscious Capitalism, The GIIN, JUST Capital, and Participant. In other words, Jay’s focus these days is on sheer sustainability, along with activism for the betterment of our entire world.

Read More: Where is AND1 Co-Founder Tom Austin Now?