Where is Andrea Swift Now? 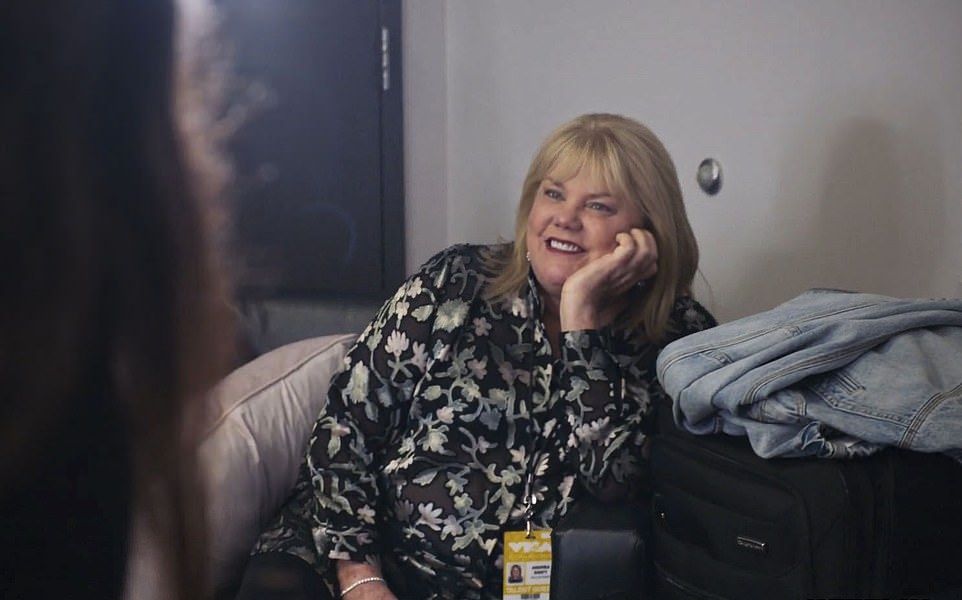 Taylor Swift’s rise to fame and shift in perspective as an artist has been well documented in ‘Miss Americana‘. While the documentary and several media accounts have linked Swift to several men over the years, these relationships are all overshadowed by the one she has with her parents.

Swift’s parents Andrea and Scott, have always backed her in following her dreams, ever since she was a kid. While Swift’s father handles the business side of things, Swift’s mother has been the bedrock, keeping a watchful eye on the tours, accompanying her, and helping her finish school on the road.

In ‘Miss Americana’ too, we can understand how supportive Swift’s mother really is, when she backs her daughter’s wish to make a political stand. Taylor’s relationship with her mother is portrayed tenderly, and we witness their rapport, as the singer jokes about the huge dog that her mother has.

As someone who has been an integral part of Taylor’s presence and tours, but has never hogged the spotlight, Andrea is a wonderful mother and friend, to Taylor. Naturally, you might be wondering about where she is at present, and we have got you covered in that regard.

Who is Andrea Swift?

Andrea, Taylor’s mother, was born in 1958 in Pennsylvania. She is married to Scott and also has a son named Austin. She studied at Memorial High School in Houston and is an alumnus of the University of Houston. Andrea happens to be the daughter of Robert Bruce and Marjorie Finlay.

Taylor’s maternal grandmother was an opera singer, and Scott commented to EOnline, “Taylor has the same grace and physique of Andrea’s mother.” Due to Taylor’s aspirations, the family moved to Hendersonville, around 20 miles outside Nashville. However, Andrea commented on how they did not want Taylor to feel pressured by it. She said, “…Because what a horrible thing if it hadn’t happened, for her to carry that kind of guilt or pressure around…”.

When Taylor was starting out, Andrea professionally presented her tapes to official recording labels on Music Row. The rest, as they say, is history.

Where is Andrea Swift Now?

Now that Taylor’s reputation precedes herself, and she has gained global recognition, Andrea continues to show support to her daughter. It has been noted by many fans and followers, that either Andrea or Scott makes it a point to be present at Taylor’s concerts.

When Swift turned 21, she bought her parents a 1.4 million dollar house in Nashville, around the time she bought her own Los Angeles house. In 2015, Taylor revealed under great strain that her mother was battling cancer. She wished to let her fans know. The documentary refers to Andrea’s cancer as well, because we get to know that is why she has the dog.

A few weeks after Swift’s announcement, Andrea was there to introduce her daughter at the Academy of Country Music Awards, where Taylor was getting a Milestone Award. Over the years, Andrea has been sighted less frequently. She was seen enjoying a meal with Swift and Tom Hiddleston in Los Angeles, in the summer of 2016.

In 2017, she was right next to her daughter, supporting her, as Swift was locked in a legal battle with a DJ who had groped her. In Swift’s 2018 essay for Elle, titled “30 Things I Learned Before Turning 30”, she revealed that her mother’s cancer is back. In a more recent interview with Variety, Swift has shared the sad news that her mother has been diagnosed with a brain tumor as well while undergoing her cancer treatment.

Taylor maintains an extremely close relationship with her mother, which is evident in ‘Miss Americana’ when she says that she does not care about how the internet perceives her to be when her mother is undergoing chemo. On top of that, if anyone has heard Swift’s ‘The Best Day’, it is immediately clear what Andrea means to her daughter. With her mother’s health condition, Swift has decided to make her latest album less tour-heavy. We can only hope that Andrea finds the strength in her to beat cancer once again.