Where Is Annika Filmed? 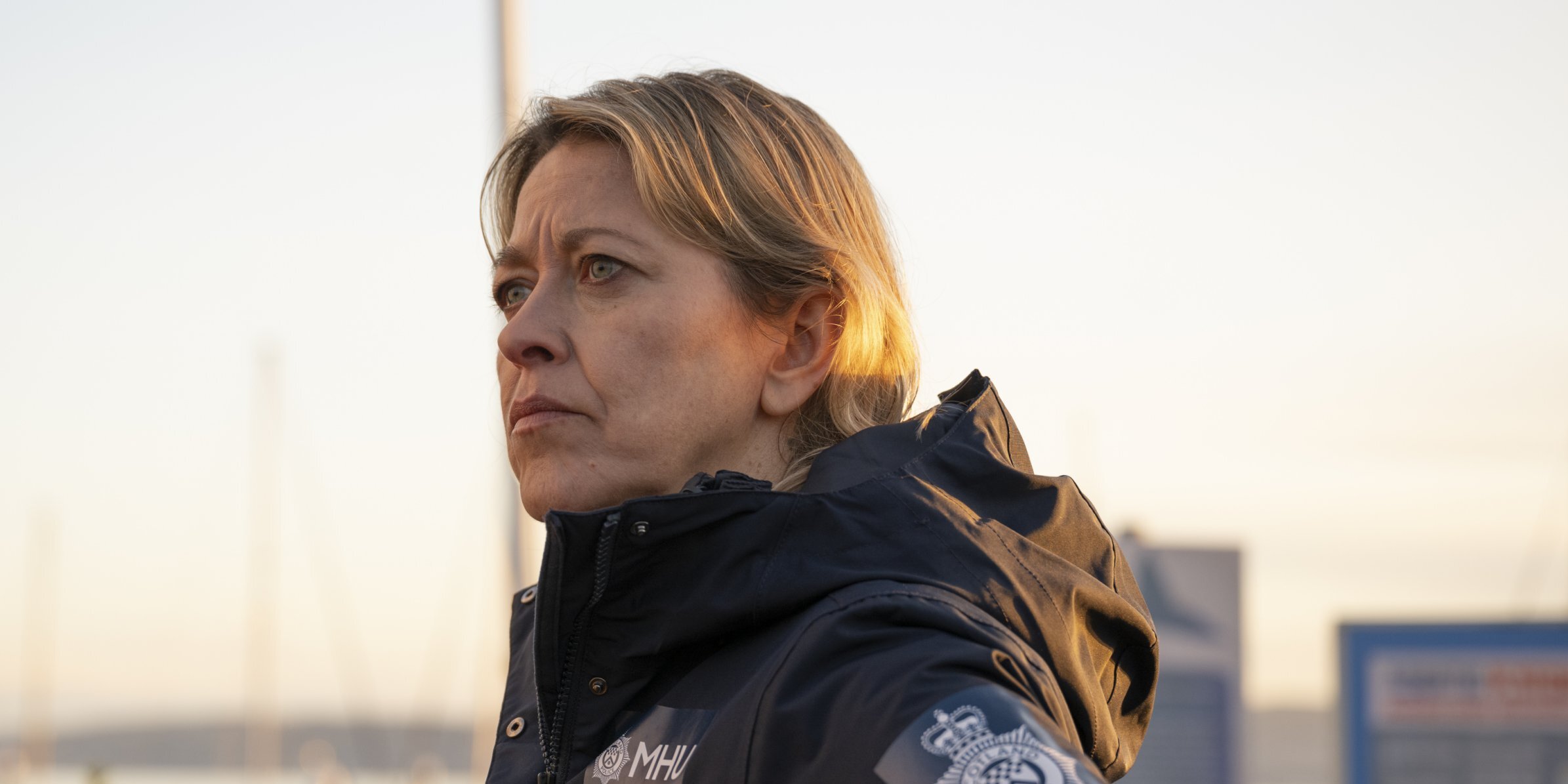 Created by Nick Walker based on his own BBC Radio 4 drama ‘Annika Strandhed,’ ‘Annika’ is an enthralling police procedural drama series on British network Alibi. ‘Unforgotten‘ famed Nicola Walker takes up the titular role. Detective Inspector Annika Strandhed is a veteran of the Scottish Police, and the series begins with her taking up a crucial position at the Glasgow Marine Homicide Unit. Much like the original series, Annika is of Norwegian descent, and her relationship with her teenage daughter gives the character a complex makeover.

While the sub-plot revolves around the mother-daughter relationship, the plot is mainly episodic, as it chronicles Annika solving puzzling cases. The story showcases a slice of Scotland, topped off with portrayals of the riverways and lochs. Moreover, the prevalence of white backdrops gives the show a semblance of Nordic noir. However, if you are curious to note down all the locations where the series is filmed, let us take you to the places.

‘Annika’ was filmed in and around Scotland, especially in Glasgow. Principal photography for the inaugural season commenced on December 14, 2020, and wrapped up by April 2, 2021. Scotland features a dramatic landscape to entice homegrown and foreign productions, much of which the series showcases. Let us now take you to the specific locations where the series is filmed.

Most of the show is partially filmed in and around Glasgow, a major port city in the western Lowlands of Scotland, famous for its thriving art and culture scenes. The production team films all over the city, showcasing some enticing sequences on the Clyde River. Impressively enough, the crew actually films the river scenes on the water. One of the neighborhoods that feature in the show is Partick, a dynamic community near the University of Glasgow. In the area, the crew filmed several sequences on Cowan Street and Patrickhill Road, near Turnberry Road.

Moreover, many scenes depict the serene residential neighborhood of Bellahouston and High Street, the oldest main street in the city. The fictional Natural Water company is actually a property located on Virginia Street in the city. Another chase sequence in the first season was filmed in the Glasgow City Centre, around Buchanan Street, near the Glasgow Royal Concert Hall and Buchanan Galleries shopping center. The bustling Royal Exchange Square between Buchanan Street and Queen Street also finds a place in the series, especially in the cafe sequences.

Other filming locations in the city include the Byres Road area, the residential Ruthven Street, and Ashton Lane. In March 2021, the crew visited Glasgow’s residential Bellahouston area, where they taped a few shots at Fleur Avenue. The property chosen for shooting a few scenes of season 1 is the iconic House for an Art Lover, an art nouveau house based on a 1901 design by Charles Rennie Mackintosh. The fourth episode features the Sir Charles Wilson Lecture Theatre, an actual University of Glasgow lecture hall on University Avenue in Kelvinbridge.

Moreover, some scenes from the episode were filmed outside the Mitchell Street Car Park, near Glasgow Central Station. For the fifth episode, the crew lensed a few scenes in a vintage store located at Dowanhill Lane in Glasgow. The same episode features the Glasgow Necropolis, a Victorian cemetery located at Castle Street in Glasgow. The cemetery is located at a stone’s throw from the Glasgow Cathedral. A few scenes from the fifth episode were filmed in the Pacific Quay area, south of River Clyde in Glasgow.

Several additional scenes were filmed around the Argyll and Bute Council. The crew taped a few scenes on the Isle of Bute, off the coast of Scotland. Several sequences also depict the vast Loch Lomond in its full glory. The freshwater loch is surrounded by the lush greenery of Loch Lomond and The Trossachs National Park.

Happy #femalefilmmakerfriday! Feeling very fortunate to have spent the past week shooting #Annika on the bonnie banks of #lochlomond with such brilliant creatives and some much needed sunshine! #femalefilmmakers #womeninfilm @UKTV @GBH @masterpiecepbs @screenscots pic.twitter.com/rZ2rlGQ3W1

The team further visits the opulent coastal township of Helensburgh, where they film in the iconic construct of Victoria Halls. The town’s community hall located at Sinclair Street showcases enticing gothic architecture. While in the area in early 2021, the crew filmed diverse scenes in Victoria Halls, including a school play, a police station, and a gymnasium.

On the other hand, Hermitage Park stands in for a morgue. The show also attempts to boost local businesses. Scenes from the first episode were filmed at the Riverside Espresso stand at the Rhu Road Lower in Helensburgh. Additionally, the show features many scenes from the village of Luss, and the Katrine Boat Hire location is possibly the Luss Pier. 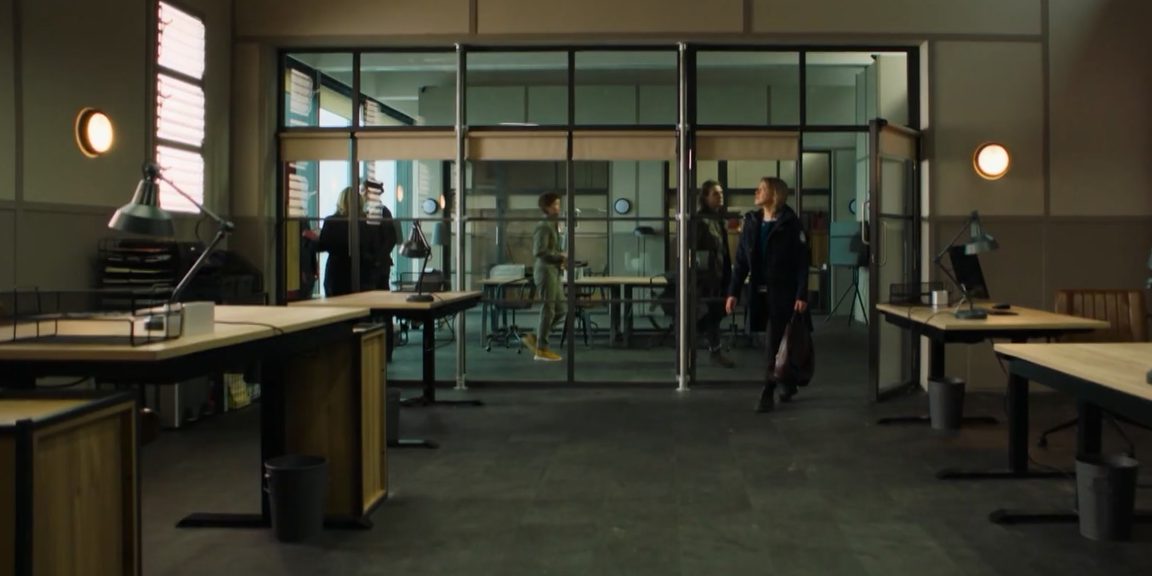 Several sequences of ‘Annika’ are filmed in and around the township of Greenock in the west-central Lowlands of Scotland. The crew films bulk of the sequences in the Beacon Arts Centre at Custom House Quay in Greenock. The location doubles as the MHU headquarters in the series. The crew also films sequences in the harbor beside the arts center, namely the East India Harbour.

The crew and crew also shoot many scenes around the villages near the Firth of Clyde, visiting several lesser-known locations. Some scenes feature the West Coast seaside village of Largs, a small township around 53 kilometers from Glasgow. Largs Yacht Haven, a marina on Irvine Road in the town, also serves as a filming site for the series. The Scottish Gaelic word “An Leargaidh Ghallda,” the community’s name roughly translates as “the slopes” in English.

Tourism forms the significant economic endeavor of the town. As a result, several seaside resorts have sprouted up in the area. The township takes pride in its historical links with the Vikings. Since 1980, the locals also celebrate an annual Viking festival, commemorating the 1263 Battle of Largs.

A scene towards the end of the first episode depicts the Kingshouse Hotel, a peaceful tourist accommodation in western Scotland’s Glencoe village. Located near the village of Ballachulish, the sparsely populated town of Glencoe forms the center of Glencoe Valley. Scottish history remembers the place as the site of the Massacre of Glencoe, which took place in 1692. The Glencoe Folk Museum showcases the chapter in greater detail and is a place of fascination for the history buffs.

The filming unit also occasionally visits Trossachs, the area geographically in the eastern part of Ben Lomond in the Stirling council area of Scotland. Some scenes depict the vast Loch Katrine, the 13-kilometer-long serpentine lake located within the Trossachs area. At its broadest, the loch stretches around 1 mile. For fishing and camping activities, the loch has become a popular tourist destination.

Seemingly, the crew left no stones unturned to create the noir ambiance of the series. They also visited the community of Renfrew, around 6 miles west of Glasgow, to film some scenes for the season finale. Sequences in the town were filmed in Ferry Inn, a bustling pub at 1 Clyde Street in Renfrew.

To film some scenes featuring the cliffs, the production team of the first season also moved to Dumbarton Rock. The rock is home to the historically significant Dumbarton Castle, the oldest recorded army stronghold in Scotland. In March 2021, scenes were captured around the Lunderston Bay near Gourock, a settlement not far from Glasgow.

Read More: Is Annika Based on A True Story?