Where is Aparna From Indian Matchmaking Now?

As an ambitious, confident, fierce, financially independent, and strong-minded woman, Aparna Shewakramani is honestly the most polarizing cast member of Netflix’s ‘Indian Matchmaking.’ That’s because although she doesn’t deem herself picky, she knows what she wants, will (understandably) never settle for less, and makes her thoughts on every little element very well known. So now that we’ve seen her navigate her personal experiences in both installments of this gripping reality production, let’s find out everything there’s to know about her current standing, shall we?

Aparna did seem a little snobby and spoilt when she first came across our screens with her undeniably long criteria list for a partner, but we did begin to get her point of view as time passed. Even matchmaker Sima Taparia had deemed her “difficult,” which is why it was unsurprising that none of her dates panned out, whether with Srinivas Rao, Dilip Aidasani, or Shekar Jayaraman. However, the then-lawyer gradually found herself growing more open-minded as well as uncritical, resulting in her time with prospective suitor Jay Wadhwani being quite a success, at least initially. 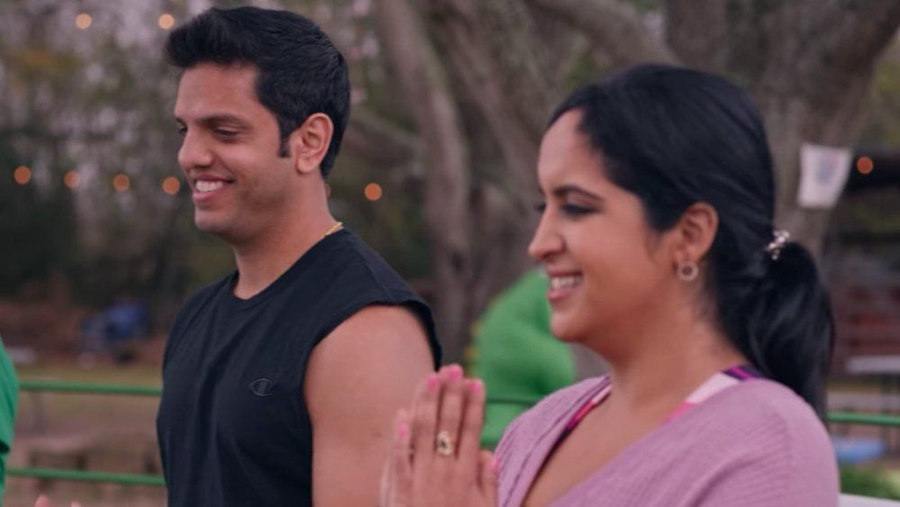 Owing to a lack of that passionate spark and their busy schedules, Aparna and Jay had actually soon established they should be just friends, which we get a genuine glimpse into in season 2. She also revealed she was not Sima’s client this time round, meaning she was back to meeting people on her own, through friends and family, or out on the streets of her new base in New York. But alas, these connections didn’t work out romantically either, leaving her overwhelmed to such an extent that she decided to just take things one day at a time while continuing to do some self-work.

Where is Aparna Shewakramani Now?

Starting with her personal life, it appears as if the ever-driven Aparna is still single yet hopeful because she does sincerely believe you can meet your forever partner anywhere at any given time. “A partnership can enhance your life but it is not necessary for happiness,” she recently said. “I continue to seek a partner who will cheerlead me as I cheerlead him in all aspects of our life.” As for her friendships, she continues to maintain a bond with not only Jay but also Dilip and Shekar — “[Jay and I] did not ever start any relationship together… The men I went on dates with are who I really call my friends today. And for me, that’s so special… that’s priceless.”

The “recovering attorney” is still primarily based in New York at the moment, yet it’s imperative to note she is busier than ever since she has evolved into an entrepreneur as well as an author. Aparna owns and operates My Golden Balloon, an organization that offers a curated blend of luxurious and adventurous small-group trips that take away any excuse you might have not to travel. This exploration-lifestyle company essentially takes her own passion for world trotting to the next level— from Greece to India to the Dominican Republic, she’s been everywhere in the past few months.

On the other hand, Aparna’s book is an intimate memoir stemming from the terrible hate she received following her Netflix debut, which pushed her to become an ambassador for strong, demanding women overnight. It’s aptly entitled ‘She’s Unlikeable: And Other Lies that Bring Women Down,’ and its Acknowledgment reads, in part, “To everyone who ever hated, despised, or detested me due to my portrayal on a television show. Thank you… You are the reason I live my truth every single day.” You can even check out Aparna’s website for her ‘6 Things I Learned About Love from Indian Matchmaking (and What You Can Learn Too)!’ Guide, along with any updates regarding her other possible writing ventures.