Where is Carlton Flynn? Is He Dead or Alive in Stay Close?

Created by Harlan Coben and based on the author’s book of the same name, the murder mystery drama miniseries ‘Stay Close’ revolves around proactive mother Megan, homicide detective Broome, and photographer Ray Levine. Their lives intersect and overlap with the resurfacing of a disturbing past incident. When Carlton Flynn goes missing from the Carnival, detective Broome becomes obsessed with the earlier disappearance of Stewart Green on the same date, which he links with the present case. While we get closure on Stewart Green’s case, Carlton Flynn’s fate remains unclear until the penultimate moments. If the question of Carlton Flynn’s disappearance bugs you, let us put a spoiler-filled end to your woes.

Where Is Carlton Flynn? Is He Dead or Alive?

Carlton Flynn is one of the key characters in the unfolding mystery. We meet Carlton, rich, spoiled, and a potential predator in the pilot episode. On April 17, Carlton Flynn goes to nightclub Vipers to celebrate the annual Carnival (and look for potential prey). When things escalate with Ray getting caught up in a fight, Carlton befriends Megan’s daughter Kayleigh and her friend Bea. Carlton brings drinks for the girls, but before that, he does not forget to spike the glasses with drugs. 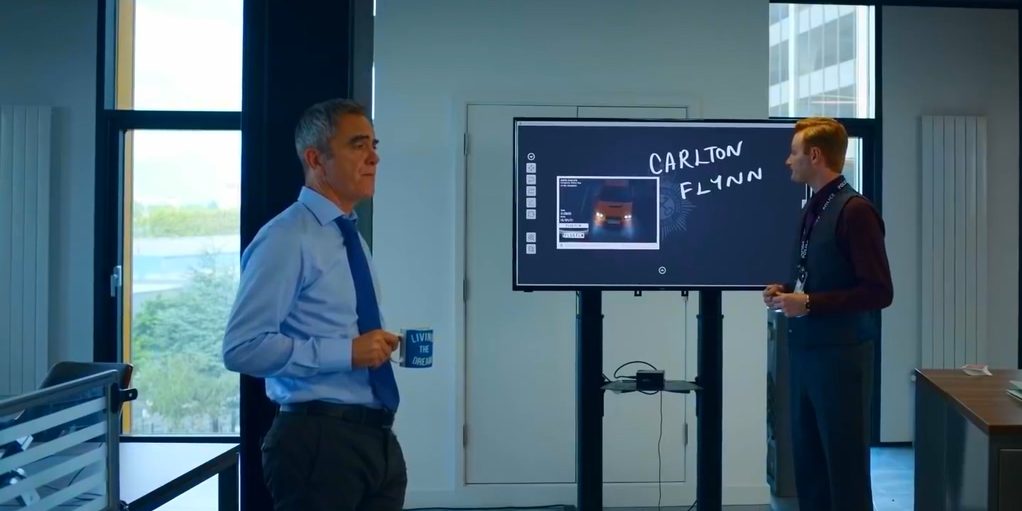 While Carlton gets uneasily close to Kayleigh, Bea dips her nail into the glass. The nail polish seemingly changes color, revealing the drug in the drinks. She exchanges her glass with Carlton’s. Following the swift deduction, Kayleigh and Bea rush out of the venue. Meanwhile, Kayleigh has drunk the drugged cocktail, but she had enough presence of mind to steal the car keys out of Carlton’s pocket. Carlton’s vision becomes blurred, and he realizes that the keys are not in his pocket.

Carlton rushes to catch the girls, who hurriedly flee the scene. However, when Carlton catches up with the girls, Kayleigh bashes his head, making him unconscious. They also pack Carlton’s unconscious body in the trunk of his car and drive the vehicle to a distance. While the following sequence of events remains foggy, Kayleigh and Bea discover that Carlton Flynn is missing the next day. The police embark upon a thorough investigation, reopening stale missing persons’ reports.

There may be a possible serial killer running amok, exacting divine wrath on the horde of abusive men. While the killer’s identity is revealed in the finale, we deduce that Lorraine did not kill Carlton Flynn. The dead skeletons the police discover in the cemented bunker seem pretty old, and Carlton Flynn is not among them. Thus, Flynn’s whereabouts remain a puzzle, but the finale sheds some light.

We have seen Dave acting stressed and anxious since the early moments of the story as if he holds a secret. The finale reveals Dave’s involvement in Carlton Flynn’s disappearance. As the conclusion reconstructs the events of the fateful night of the Carnival, we see what really happened that night. Kayleigh called up Dave after Flynn’s car ran out of gas. Dave took Kayleigh and Bea home.

However, when Carlton Flynn’s disappearance makes news in the media, Dave catches a glimpse of the car in the news segment. He returns to the car and takes it upon himself to drive it into the lake. Dave only wanted to keep Kayleigh out of trouble but became an accidental killer in the process. Although Dave did not know that Flynn was inside the trunk, he was responsible for Flynn’s death. Thus, Flynn is still locked inside his car submerged in water, and he is presumably dead.

Read More: Is Stay Close Based on A True Story?