Where is Charlie Haddad Now?

Co-created by the brains behind ‘Wild Wild Country,’ Netflix’s ‘Untold’ is a five-part documentary series wherein each stand-alone episode revolves around renowned athletes as they talk about their ordeals both on and off the field. Its debut, ‘Malice at the Palace,’ does the same while examining the historic NBA melee between the Indiana Pacers, Detroit Pistons, and fans nearly 17 years ago, on November 19, 2004. However, we’ll be honest, the one individual who captured our attention the most in this production was Charlie Haddad. So, here’s what we know about him.

Who is Charlie Haddad?

As a season ticket holder and loyal fan of Detroit Pistons, when the fateful Friday came about, Charlie Haddad and a few friends, like all others, were excited to see how the rivalry between the two teams would play out. Yet, he could’ve never presumed that not only would he get to watch them live from the stands as usual, but he’d also get involved in a fight like no other. Since it was essentially the weekend, Charlie finished work, headed to the Palace of Auburn Hills for the game, and started enjoying his time. But by the end, his team was losing by 15 points. 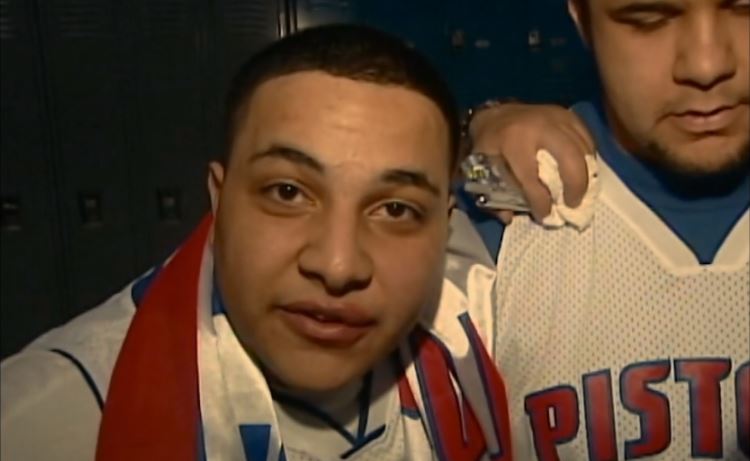 All ordinary fans had left the building, so die-hard ones moved to the front seats, where they, including Charlie, witnessed the foul by Pacers’ Ron Artest with 45 seconds left, followed by the infamous brawl between the players of both teams. When that calmed down, a fan named John Green threw a cup at Ron, which led to another physical altercation. It was after this that Charlie and one of his friends stepped onto the court. He took a couple of hits from another athlete, but luckily, Jermaine O’Neal slipped as he ran to land a punch to his face.

Where is Charlie Haddad Now?

In the aftermath of this malicious riot, Charlie Haddad and his friend Alvin “AJ” Shackleford were charged because of their involvement in the disorder. They were only sentenced to community service and probation for a few years. Still, as made evident in the documentary, Charlie was not happy about it. “It was just crazy,” he declared. “Make me look like it was my fault. They definitely did a very, very loyal fan wrong.” The whole evening now seems like a big blur to the Detroit Pistols supporter, but back then, the adrenaline running through his veins led to actions that no one can ever forget.

Today, from what we can tell, Charlie Haddad lives in Saginaw, Michigan. He tries not to dwell on the past too often or look at it in a negative light. Therefore, whenever this subject matter comes up or is connected to other sports fights, he simply laughs it off. Like the basketball payers, Charlie wants to move on from what transpired to live his own life.