Where is Crissa From The Circle Now?

Truth, lies, and manipulative ties — the players of ‘The Circle‘ will do whatever it takes within this social media-based competition series for a chance to win a massive grand prize. The aim of the game is popularity, but the catch is that a specially-designed titular messaging app is their only means of communication, giving way to true anonymity (and catfishes). However, among some of these strategic contestants in season 4 was Crissa Jackson, who won over the world by choosing to play an honest game. So now, let’s find out more about this “baller,” shall we?

Who is Crissa Jackson?

Although born in La Mesa, California, Crissa Jackson was raised by loving parents alongside three siblings in Harrisburg, Pennsylvania, where she first developed her love for basketball. She actually honed her skills at the IMG Basketball Academy in Florida for a year before playing at the Savannah State University in Georgia and later the Point Loma Nazarene University in California. But rather than evolving into a professional athlete after graduation, Crissa eventually found herself working as a personal trainer, that is, until her mentor encouraged her to give her dreams a real shot. 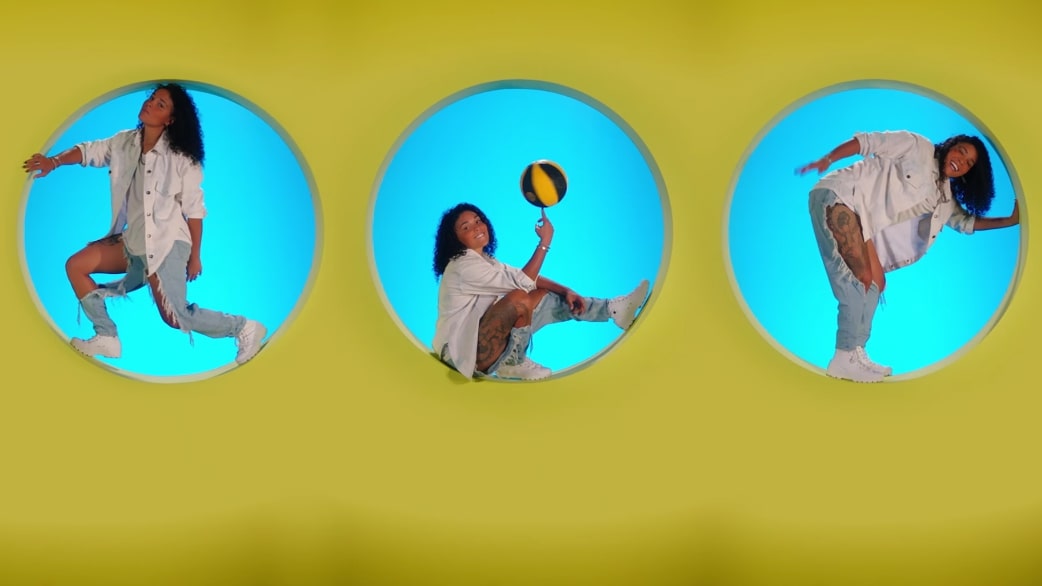 Therefore, following a tryout that she admittedly nailed, Crissa became the 13th female ever to play for the renowned exhibition basketball team Harlem Globetrotters. In late 2015, Crissa first stepped into the spotlight, yet she soon made a name for herself with her undeniable skills and “full-court vision,” which she said she’d rely upon during her time in ‘The Circle’ as well.

After all, the 31-year-old may have moved on to “do basketball-influenced social media content,” but she believed her experienced knack for understanding a game and its players would still help her along the way. “I know where the players are cutting, who’s behind me, who’s in front of me,” Crissa stated in the Netflix original, adding she wished to enter as herself because that’s who she really understands. “[I’m] super genuine, sweet, everybody’s sister from another mister.”

Crissa continued. “I’m a lesbian. I’m a female athlete. I’m a mom. I’m a wife. So I’m able to relate to so many different people. I’m sharing everything about my life. If they wanna know, just ask.” Honestly, Crissa did manage to highlight her authentic, chill vibe. However, since she wasn’t as forthcoming in “The Circle Chats” as she was in the private ones, she was considered a threat and soon booted off.

Where is Crissa Jackson Now?

Residing in New York City at present, Crissa “Ace” Jackson is not only a content creator on TikTok as well as Instagram, but she’s also a motivational speaker and the co-founder of I AM Movement. The latter is a non-profit woman empowerment organization geared towards girls aged 6-18 Crissa recently launched with her wife Alexis, whom she has been with for about 11 years. The couple actually tied the knot in December 2017, yet they’ve been equal partners in everything, including (most importantly) the healthy upbringing of Alexis’ biological now-teen daughter Olivia, for years.

As per Crissa’s own account in a Q&A video on the couple’s YouTube channel, she first “came into Olivia’s life when she was 4-years old,” and their connection has genuinely only grown from there. “When she was ready and felt comfortable, I was in her life a little bit longer, and she doesn’t call me mommy, but she considers me her mom,” the human rights and animal protection advocate added. “She calls me Crissa, which is fine with me. I would never want her or force her to call me anything that she is not comfortable with. But when people ask, she says she has two moms.”

Read More: Where is Parker From The Circle Now?