Where is Diana’s Ex-Boyfriend Hasnat Khan Now? Why Did They Break Up? 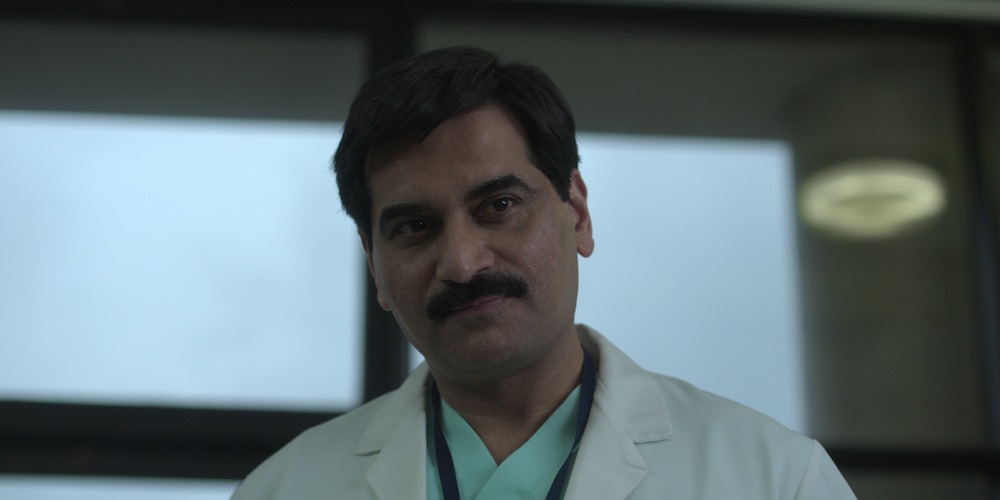 Netflix’s ‘The Crown’ portrays the complete unraveling of Charles and Diana’s marriage in its fifth season. Both of them are certain that there is no way back, and their separation seals the path that would eventually lead to their divorce. While Diana is still tied to the royal family, the official separation from Charles allows her to pursue her other relationships comparatively freely. While Charles goes back to Camilla, Diana finds companionship with a doctor named Hasnat Khan. Here’s what you need to know about the Princess’ relationship with him, along with his current whereabouts!

How did Princess Diana and Hasnat Khan Meet?

Princess Diana and Hasnat Khan met at the Royal Brompton Hospital in 1995 through Oonagh Toffolo, Diana’s acupuncturist and friend, whose husband was a patient at the hospital. The Netflix show captures the essence of their meeting, where Diana notices Hasnat’s name written on his shoes. The duo hit it off in real-life with just as much ease as shown in ‘The Crown.’ They kept their relationship a secret and would either meet at Kensington Palace or at Khan’s place in Chelsea.

Diana and Hasnat’s affair went on for two years, during which the media got a whiff of it and followed Khan everywhere. He described this as “the only problem” in their otherwise “very good relationship with no personal problems.” Things had reportedly been so good between them that Diana had considered marrying Khan. She traveled to Pakistan twice to meet his extended family and talked with Jemima Khan about the latter’s experience of moving to Pakistan after getting married to cricketer-turned-politician Imran Khan, a cousin of Hasnat. However, things came to an abrupt end in 1997.

Why did Princess Diana and Hasnat Khan Break Up?

The reasons behind Diana and Khan’s breakup are still up for debate as conflicting accounts have come out about the feelings of both parties on the matter. In the inquest of Diana’s death, her friend Rosa Monckton said that it was Khan who broke things off. She said Diana had been “deeply upset and hurt” by the turn of events. “She was very much in love with him. She hoped that they would be able to have a future together. She wanted to marry him,” Monckton said.

As for the Princess’ relationship with Dodi Fayed, Monckton added: “It was clear to me she was really missing Hasnat and I think Dodi was a distraction from the hurt she felt from the breakup.” In the Netflix show, as well, it is implied that Khan, who disapproved of Diana’s interview with Martin Bashir, broke things off with her as she’d “scared him off.” However, in 2008, Khan talked about his relationship with the late Princess at the inquest, sharing it was she who ended the relationship. He said that ever since her vacation with Mohamed Al Fayed, she started to keep a distance from him, which struck him as odd.

When Diana returned from her short trip to Paris, they met at Battersea Park, which is where they parted ways with each other. When Khan asked if there was someone else in her life, Diana said no, but Khan believed that she’d met someone from Fayed’s entourage, though he didn’t realize it was the tycoon’s son, Dodi. While the breakup was hard on Khan, he explained that marriage would probably never be in the cards for them. “My main concern about us getting married was that my life would be hell because of who she was,” he said.

Khan added, “I knew I would not be able to live a normal life and if we ever had children together, I would not be able to take them anywhere or do normal things with them.” He explained how his association with Diana had started to disrupt the hospital environment. Khan also noted that their culturally different backgrounds would have caused a lot of trouble had they decided to get married. Still, he believed that there could have been a chance of them getting back together. “Depending on what would have happened between her and Dodi, it could have been a possibility in the long run,” he added.

Hasnat Khan lives in Essex with his wife, Somi Sohail. He is a Consultant Cardiothoracic Surgeon at Basildon and Thurrock University Hospitals in Essex. Khan has previously worked at the Royal Brompton Hospital, Barts, the London Chest Hospital, and Harefield Hospital. He is also a volunteer surgeon for Chain of Hope, through which he has participated in missions to Mozambique, is “heavily involved in the development of a sustainable cardiac service in Ethiopia,” and has been training the local team in the management of young people who have been awaiting their surgeries for a long time.

Khan also visits Pakistan every year and is involved in humanitarian work there as well. Since his breakup with Diana, he has been involved in a couple of relationships, one of which, with Hadia Sher Ali, progressed to a wedding in 2006. However, things ended between them 18 months into their marriage. Now, settled into his second marriage, Khan continues to live a quiet life away from media scrutiny. Unlike most other people who’d been involved with the late Princess, he continues to be tight-lipped about their time together. Whenever he does speak of her, it is nothing but warm and loving words.

Describing Diana as a “very down to earth” person who “made everyone feel at ease,” Khan said that he’d warned the Princess against talking to Bashir, who’d made him utterly uncomfortable. Khan advised her to have “nothing more to do with him”, but also believes that Diana “knew what she was doing” when she gave that interview. Despite the way things ended between them, Khan was heartbroken over her death and was in attendance at her funeral at Westminster Abbey. He said, “It is a huge loss when someone very close to you dies.” Khan also believes that he and Diana “would have remained very good friends” if she were alive, no matter whom she was in a relationship with.