Where is Luz Consuelo Martinez Now?

There’s no denying that Colombian vallenato singer Diomedes Díaz had relationships with countless women while he was in his prime, but it’s also true that Luz Consuelo Martinez ultimately had his heart. After all, as explored in Netflix’s ‘Broken Idol: The Undoing of Diomedes Díaz,’ not only was she involved with the musician in the 1997 death of Doris Adriana Niño, but Luz was even his last formal partner, making her his true widow. So now, if you wish to find out more about Luz and Diomedes’ connection, their family, her legal troubles, and her current whereabouts, don’t worry; we’ve got the details for you.

Who is Luz Consuelo Martinez?

Luz Consuelo Martinez was just 13 when she first came across Diomedes Díaz during one of his public appearances, following which she continued to see him live in other programs. Thus, years later — when she’d grown into a young lady — the duo actually started to talk and gradually became closer, leading to the start of their romance in 1993. She soon fell head over heels owing to his sheer charm as well as soothing personality, which Diomedes reciprocated in such a manner that they were able to establish a deep bond despite his other associations. 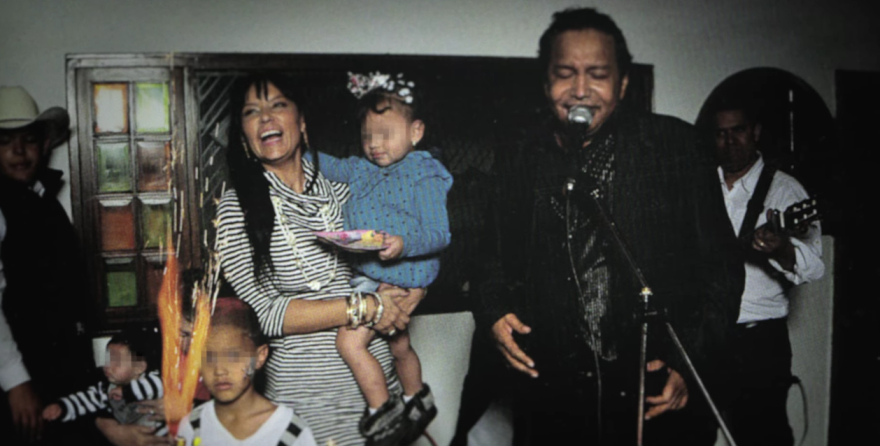 In 1997, though, when Luz got pregnant, things took a drastic turn. It allegedly led to an argument with Doris Adriana Niño at Diomedes’ Bogotá apartment mere moments/hours before Doris lost her life. “To be honest, I don’t remember dates. I don’t remember words,” Luz said in the Netflix original. “I wanna forget it… I’m not running away from the situation [by not talking about what transpired]. I’m protecting myself, which I believe is fully within my rights.” In other words, her role isn’t clear, yet we do know that Luz was eventually convicted and sentenced to a year behind bars in connection to Doris’ death.

Where is Luz Consuelo Martinez Now?

From what we can tell, Luz Consuelo Martinez only served around eight months in prison before being granted release, after which she dedicated herself to her son, Fredy José Díaz Martínez, and her partner. She actually stuck by Diomedes throughout his every ordeal, including his incarceration. When he separated from his second wife, Betsy Liliana, Diomedes and Luz moved in together. Luz welcomed two more children with the singer — daughters Carmen Consuelo Díaz Martínez and Katiuska Díaz Martínez — and even got engaged to him in Paris, France, but they never made it down the aisle.

Diomedes reportedly passed away before he and Luz could get married, yet it never made a difference since she already considered him her one true love and life partner. Since then, the mother of three has fought some legal disputes over her fiancé’s inheritance (which she won) and relocated to Miami, Florida, to provide a better life for her family. As per the last reports, she sells clothes and owns a hair salon back in Bogotá, Colombia, to make a living while still prioritizing the overall well-being of her kids.

Coming to her personal life, although Luz is gradually dealing with her loss, she has made it no secret that she’s not ready to romantically move on just yet. “So many minutes in [the time] that we spent together and those became the best time of life, my love, my partner, my husband,” she penned (rough translation), in part, on Instagram on Diomedes’ eighth death anniversary. “8 years ago today, you left for heaven, and those moments stayed in my soul forever… I will love you forever until the day we meet again to continue loving each other for all eternity. You are the cutest little angel that now lights my way… in the fight alone but with your spiritual presence 🙏🙏.”