Where is Dominique Gardner Now? 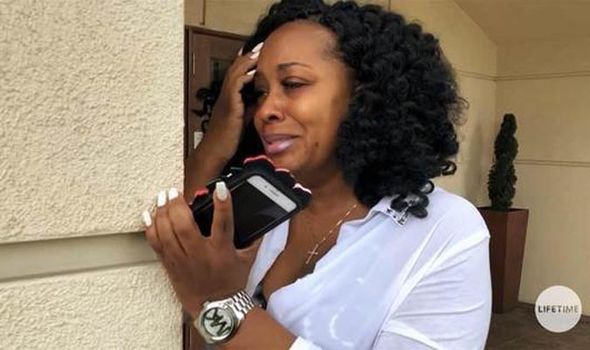 One of the most harrowing moments of ‘Surviving R. Kelly‘ came when Dominique Gardner was reunited with her mother. Although Gardner has stated that she did not watch the series itself, having lived through the real experiences, it can be agreed that the moment left a considerable impact on viewers.

Notably, Gardner went back to Kelly three days after she was reunited with Michelle Kramer, her mother. She stayed on for around two weeks before deciding to walk out for good. Viewers must remember the intensity of the scene when Michelle tracks Dominique down to a Los Angeles hotel, and enters, convincing her daughter to leave the singer’s ‘cult’.

Since then Dominique has moved past R. Kelly and is leading her own life. While such trauma is definitely hard to work through, she has been making progress as is evident from various sources, including her mother’s social media posts. Dominique wants to keep her life private, as her own Instagram page suggests. However, in ‘Surviving R. Kelly Part II: The Reckoning‘, she returns to address the accusations made against Kelly. It marks the first televised interview where Gardner opens up about the alleged abuse she suffered at Kelly’s hands for the nine years she lived as one of his girlfriends.

Naturally, you might want to know where Dominique Gardner is currently, and we have got you covered in that regard.

The first thing one needs to know about Dominique Gardner is that family means a lot to her. Growing up in the Southwestern suburbs of Chicago, she has always been close to her younger brother. Dominique aspires to be a poet and writer, but her mother wanted her to be a dental hygienist.

Gardner had graduated from Hillcrest High School in 2009, following which, she enrolled for dental hygiene studies according to her mother’s wishes. In mid-2009 she met Kelly for the first time through Jerhonda Johnson, a friend and fellow ‘superfan’. Dominique met Jerhonda on MySpace, and the latter passed along R. Kelly’s number.

During the first few years of dating the then 42-year-old singer, Dominique lived at her mother’s house. Although Michelle did not approve, Dominique often met Kelly at his mansion in the Chicago suburb of Olympia Fields. Dominique’s family had even called the cops on June 14, 2009, asking them to look for Gardner at Kelly’s mansion. However, the former maintains that she was at a cousin’s house at the time, and the police could not do much because Dominique was of legal age.

In 2015, Gardner quit school to start living with R. Kelly. She became a part of his group of girlfriends and moved into one of the two homes the R&B singer rented in Johns Creek, the Atlanta suburb.

The Rules of Living With R. Kelly:

R. Kelly had his set of rules that his girlfriends had to adhere to. He took away their phones, replacing them with new ones, where they would only contact him. The girls were not allowed to contact their parents, family members, friends. Dominique was bothered by missing out on family occasions, while she was with Kelly.

Kelly also allegedly decreed that the girls should wear baggy gym clothes, so as not to show off their bodies for other men to admire, and they were not to talk to or look at other men. They even had to ask for his permission to eat or use the washroom. Dominique commented on this, saying, “…Everything you do, you have to ask him. That’s not living, that’s not normal…”.

Where is Dominique Gardner Now:

As we already stated, after going back to Kelly following her reunion with her mother, Gardner stayed for a couple of weeks, before finally walking out completely. Since then, she has made a lot of positive changes, taking her life in a new direction. As of March 2019, she is living in the North Side of Chicago, working, saving money to get her own studio apartment.

In early March, Dominique had her first session with a counselor, seeking therapy. Most of the updates on Dominique’s life can be found from her mother’s Instagram posts since Dominique likes to maintain privacy. On August 17, 2019, Michelle announced for the first time that Dominique is pregnant.

This is a late post of Chicago’s Own Black Ink with @vanjohnsonofficial and my one & only daughter @gardnerprivacy…??…I’m a proud MiMi again…Life goes on After #Surviving R. Kelly ??????We are fans and he’s not the father….WOW….Lol….I have 3 kids…my Oldest Son has a son and this is my second grandchild ???

A month later, another post with a very pregnant Dominique was made, revealing that she is having a baby girl.

While there have been some speculations about R. Kelly being the father, Michelle laid those to rest with yet another post about their expanding family, which shows the real father of the child.

THE FAMILY TREE CONTINUES TO GROW

In conclusion, for Dominique, life goes on after ‘Surviving R. Kelly’ and she enjoys the love and support of her family and partner. It is heartening to see how she has been courageous in turning her life around, and will hopefully serve as an inspiration to survivors everywhere.