Where is Ellen’s Game of Games Filmed? 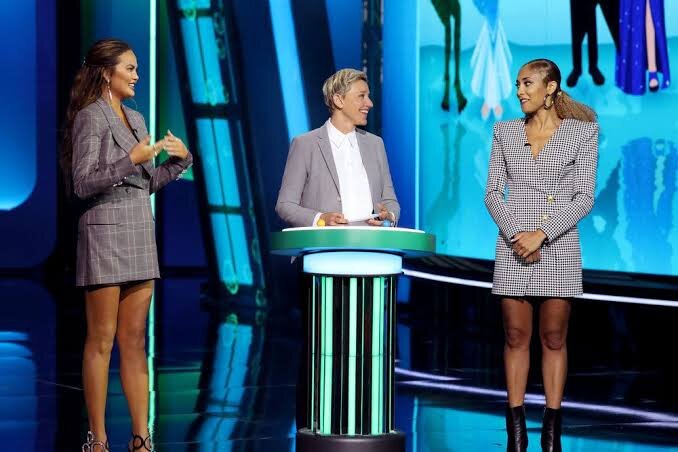 Ellen DeGeneres is one of the most popular and well-loved talk show hosts of all time. She has been a successful stand-up comic, the face of two popular sitcoms named after her, and is also the host of one of the most successful talk show hosts of all time. Ellen has always played some interesting games with the guests on her talk show ‘The Ellen DeGeneres Show’, and the popularity of the games among the audiences has led NBC to create a separate show dedicated to these games, called ‘Ellen’s Game Of Games‘. The show started airing in 2017 and has been running quite successfully since. While DeGeneres herself hosts the show, hip-hop artist Stephen “tWitch” Boss serves as her sidekick/announcer.

Unlike the games which are played on the ‘Ellen DeGeneres Show’, there is serious competition involved in the ones played on ‘Ellen’s Game Of Games’. The reason for this intense competition is the fact that the winner of each episode gets to walk away with a  maximum cash reward of $100,000 at the end. There are four preliminary games, out of which each contestant has to participate in one. The winners of these four different games proceed to the semi-final round where all of them have to play the game “Know or Go”. The one to come out on top has one last barrier in the form of the game “Hot Hands” before he/she can get his hands on the cash prize. There are around 26 different games that are played on the show, most of which even have theme songs of their own.

Most talk shows are filmed in studios, and Ellen’s show is no different. Although ‘Ellen’s Game Of Games’ is more about the games, the place where it is filmed remains the same. There are definitely many benefits of shooting inside a studio. There is a strict time allotted for the filming, props are readily available, and weather conditions do not affect the schedule in any manner whatsoever.

‘Ellen’s Game Of Games’ is filmed in a studio with a set number of participants and a certain number of audience members present. The show, infused with Ellen’s brilliant sense of humor and the excitement of competition, is great fun to watch. And with a personality like Ellen, one doesn’t really need to worry much about where to film the show in the first place. In ‘The Ellen DeGeneres Show’, we have seen how Ellen is so warm and friendly to her guests and is generous with the gifts she gives the members of the audience.

The ‘Ellen DeGeneres Show’, as well as ‘Ellen’s Game of Games’, are both filmed at the Warner Bros. Studios in Burbank, California. These studios have served as the filming location for some rather important shows and films over the years. Iconic movies like ‘Casablanca‘, ‘Blade Runner‘, and ‘Marriage Story‘, along with TV shows like ‘The Big Bang Theory‘ and ‘Cheyenne’.