Where is Gary Hartman Now? 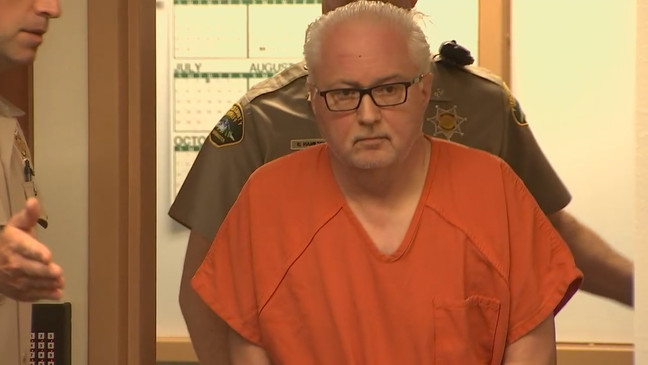 When Michella Welch (12) and Jennifer Bastian (13) were atrociously slain back in 1986, it genuinely shocked everyone in the Tacoma, Washington State, community to their very core. After all, as profiled on ‘Dateline NBC: Evil Was Watching,’ the innocent young girls were snatched away in broad daylight just five months apart, only to be sexually assaulted before being murdered. However, the most baffling aspect is that these matters were never connected. So now, if you wish to know more about Michella’s assailant, Gary Hartman, in particular, here’s what we know.

Who is Gary Hartman?

Born around 1952, Gary Charles Hartman never really had an easy or comfortable life growing up owing to a myriad of domestic issues, according to his attorney’s claims in court. His father supposedly started giving him pure alcohol while he was still a toddler to “make him a man,” whereas his mother got him addicted to prescription pills by the time he was 10. Not only that, but he allegedly also dealt with years of both sexual as well as mental abuse, which affected him to such an extent that there was a time when he couldn’t even tell the days apart, let alone what he was doing.

Gary was reportedly at this stage of his life — addicted and struggling with his mental health — when he attacked the pre-teen, following which “he convinced himself he did not do this.” Just three years later, though, in 1989, he turned over a new leaf by getting sober and obtaining a license as a registered nurse to help others, yet none of it could change his past. Therefore, when DNA evidence linked his gene pool to Michella’s rape and murder 30 years after the fact, officials placed him (as well as his brother) under surveillance until a sample could be obtained. Gary’s DNA — taken from a brown paper napkin — came to be a match in June 2018.

Where is Gary Hartman Now?

Gary Hartman, a then Western State Hospital community nurse specialist, was arrested and charged with first-degree murder as well as first-degree rape within weeks of this new evidence coming to light. He’d never moved away from the general region, meaning he was almost immediately booked into the Pierce County Jail on a $5 million bond. More importantly, having pled not guilty, the four-time husband and father of two daughters proclaimed his innocence for a long while. That is, until “he woke up at some point in the county jail with the realization that he was the one who committed this atrocious act [on Michella],” according to his defense attorney.

Thus, during Gary’s bench trial, his team and the prosecutors agreed upon several incriminating facts concerning the case, driving the latter to state, “I believe the defendant has done everything he can to almost plead guilty.” It was also revealed that Gary likely felt the police surveillance and told a co-worker that “30 years ago he had done something terrible, and he thought he had been discovered.”

Hence, after less than two hours of testimonies in March 2022, a judge convicted Gary Hartman of first-degree murder and sentenced him to 26½ years in prison. The first-degree rape charge was dismissed. “There are no excusing conditions for your behavior. You are guilty of one of the most malignant and depraved crimes,” the judge remarked before handing him the maximum possible penalty, which means that the 70-year-old will likely spend the rest of his life behind bars in a prison in the US. “I’m so sorry,” Gary had said in court while sobbing. “I’m so sorry. God knows I’m so sorry. That doesn’t help. I’m just sorry.”