Where is Gloria Satterfield’s Family Now? 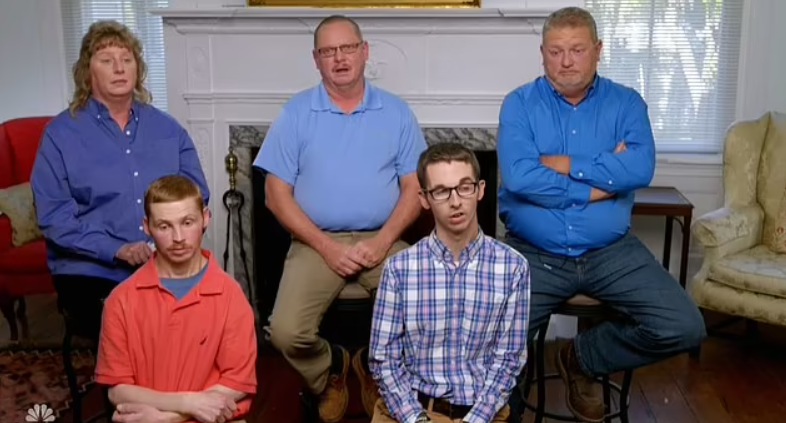 On February 26, 2018, the seemingly beloved housekeeper of the Murdaugh family, a prominent legal dynasty in South Carolina, passed away due to an accidental “trip and fall” inside their Hampton County home. As explored on NBC’s ‘Dateline: Murdaugh Saga,’ a legal battle for Gloria Satterfield’s wrongful death ensued, which resulted in Alex Murdaugh allegedly stealing from her estate. Over $3 million were supposedly pocketed by him for his personal use, leaving her family with no support until they decided to sue him again in 2021. So now, let’s find out more about those individuals Gloria left behind, shall we?

Who is in Gloria Satterfield’s Family?

Gloria Harriott Satterfield worked as a housekeeper and nanny. The 57-year-old was incredibly proud of her profession because it allowed her to create a stable life for her family. She was a widow, so her family mainly included her two sons — Brian “Little B” Harriott and Michael Anthony “Tony” Satterfield. Gloria is also survived by three brothers — Eric, Wayne, and Scott Harriot — along with three sisters — Sandra Manning, Glenda Pike, and Ginger Hadwin — all of whom seemed incredibly close to her.

As per ‘Dateline,’ having served the Murdaughs for over 25 years, Gloria considered them to be her extended family as well. “Gloria was special in her own way, just like everyone else is special in their own way,” Ginger said in the NBC production. “She was special. She wasn’t only just a housemaid or someone that cleaned for somebody. She was a person.”

The sister still remembers the last conversation she ever had with Gloria, admitting that it’s something dear to her heart. “Gloria, I’ll be back tomorrow, and I love you,” Ginger told her sister as she lay on the hospital bed days after the alleged accident, to which she replied, “love you too.” But that joyous reunion never happened — after around 20 days in the ICU, Gloria had passed away.

At her funeral on February 28, Alex Murdaugh reportedly urged Little B and Tony to file a wrongful death lawsuit for their mother against him. He claimed that he wanted to look after them financially for a little while. However, the attorney Alex put them in touch with was his college roommate and best friend, so everything was going his way. Gloria’s estate and Alex settled the matter in December 2018 for $505,000, yet her family never saw a penny. Three years later, upon looking into it, they uncovered that the settlement was supposed to be $4.3 million, implying that Alex stole from them in every way possible.

Where is Gloria Satterfield’s Family Now?

Upon discovering the truth, Gloria Satterfield’s family filed lawsuits against Alex Murdaugh, his law firm, the attorney who initially represented them, and Palmetto State Bank for each of their potential involvement in the alleged theft. As of writing, this step has led to Gloria’s employer’s arrest and settlements with his former company (Alex was fired after being accused of embezzlement) and the lawyer who first took their case.

In ‘Dateline,’ Gloria’s brother Eric specified that they pursued these legal actions not because of money but for justice. “It’s like [Gloria] was a nobody” even after all that “she’s done for [Alex],” he said. From what we can tell, Brian “Little B” Harriott currently resides in Furman, whereas his brother Michael “Tony” Satterfield is a native of Beaufort, South Carolina.

Both Little B and Tony have their own lives, but they still seem close to one another. As for Gloria’s siblings, they’re in different cities with families of their own, yet they, too, are in constant touch and try to stick together. All of them hope to give her some justice while always keeping her memories alive in their hearts.