Where Is Grogu in The Book of Boba Fett?

When the first season of ‘The Mandalorian’ was released in November 2019, fans quickly fell in love with the force-sensitive foundling. Because of his physical appearance, it immediately becomes apparent that he is of the same race of aliens as Jedi Grand Masters Yoda and Jedi Master Yaddle. The fans lovingly name him “Baby Yoda.” The Mandalorian bounty hunter known as Din Djarin becomes a foster father figure for him after capturing him as a bounty. Initially, he is known simply as “the child.” The alien has his own language that none of the people that Djarin encounters during their journey can understand. In season 2 episode 5, titled ‘Chapter 13: The Jedi,’ Ahsoka Tano communicates with the Child through the Force and reveals to Djarin that the foundling’s name is Grogu. If you are wondering where he is in ‘The Book of Boba Fett,’ we got you covered. SPOILERS AHEAD.

Where Is Grogu in The Book of Boba Fett?

Born around 41 BBY, Grogu was a Jedi-in-training at the Jedi Temple on Coruscant during the final years of the Galactic Republic. He survived the Great Jedi Purge during which Anakin Skywalker, having turned into Darth Vader, led an attack on the Jedi Temple, killing full-fledged Jedi Masters, padawans, temple guards, and younglings. In 9 ABY, Grogu is a captive of a group of Niktos on Arvala-7.

This is when he meets Djarin, who was sent by the human male known as “the Client” and the scientist Doctor Pershing in search of Grogu along with other bounty hunters. Although Djarin successfully retrieves the Child and delivers him to the client, their journey together has changed him. He returns to get Grogu back. Later, after learning Grogu belongs to the Jedi Knight, he makes it his mission to return him to them. 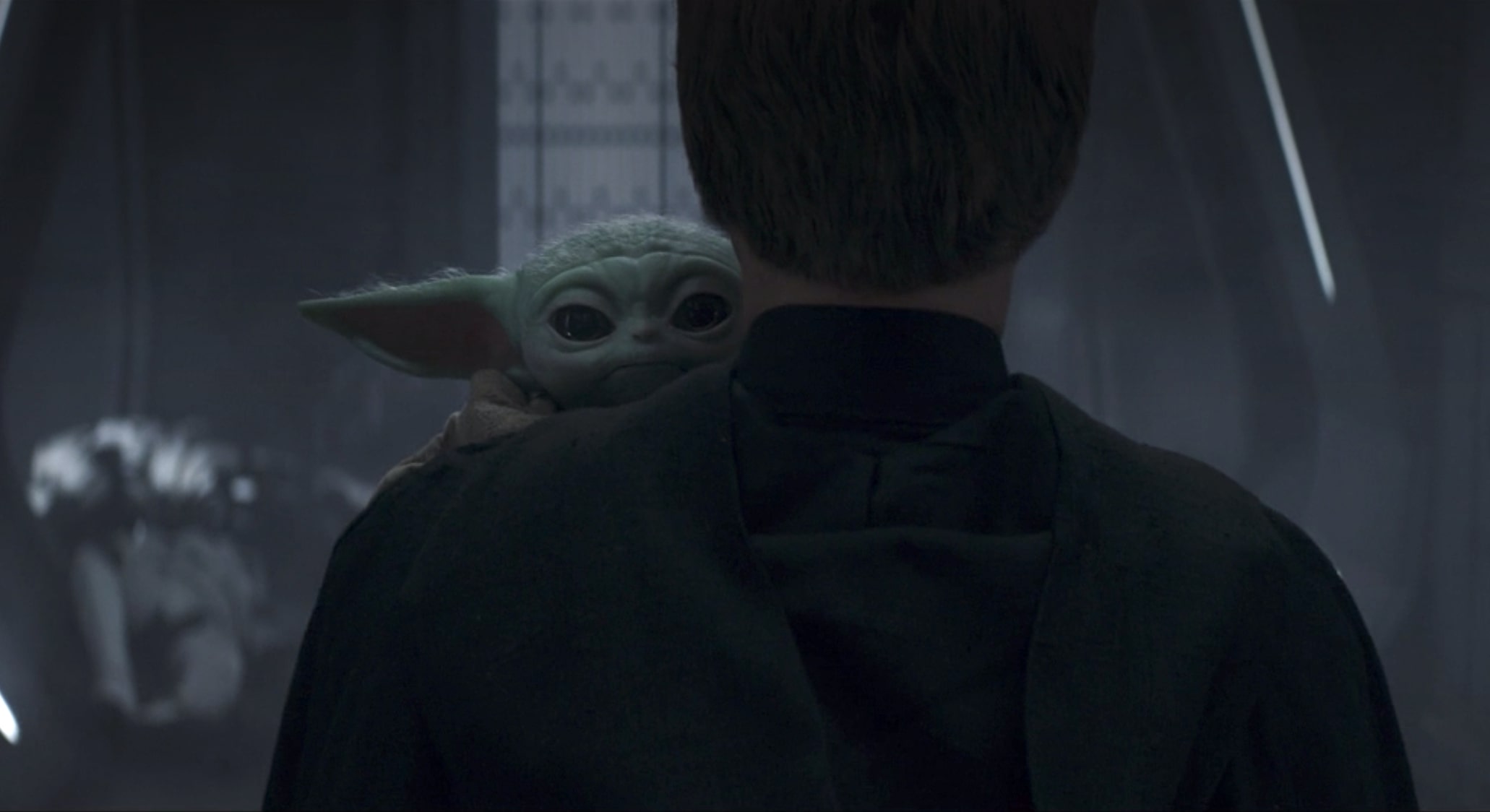 And that’s what he ultimately does. In the season 2 finale, titled ‘Chapter 16: The Rescue,’ Djarin, with the help of Boba Fett, Fennec Shand, Cara Dune, Bo-Katan, and Koska Reeves, infiltrates Moff Gideon’s cruiser to rescue Grogu. They find the force-sensitive Child, and Djarin defeats Gideon in a fight, which effectively earns him the right to wield the Darksaber. After they get trapped on the cruiser’s bridge with Gideon’s Dark Troops trying to break in from the outside, a single X-Wing arrives at the landing area. A figure clad in a dark robe steps out and simply cuts his way through the Dark Troops with his lightsaber. Grogu immediately feels a connection to the stranger and touches the screen showing him fighting the droids.

When this mysterious individual arrives on the other side of the door to the bridge, Djarin tells his allies to let him in. When the stranger takes his hood off, he is revealed to be Luke Skywalker. He tells Djarin that while Grogu is strong with the Force, he needs training. In a heartfelt moment, Djarin says his goodbye to Grogu, and that’s the last time both the audience and the Mandalorian see him. He is most probably in Coruscant right now, once more receiving training to be a Jedi.

Read More: What Is the Rancor in The Book of Boba Fett, Explained