Where is Harry Wild Filmed? Is it a True Story? 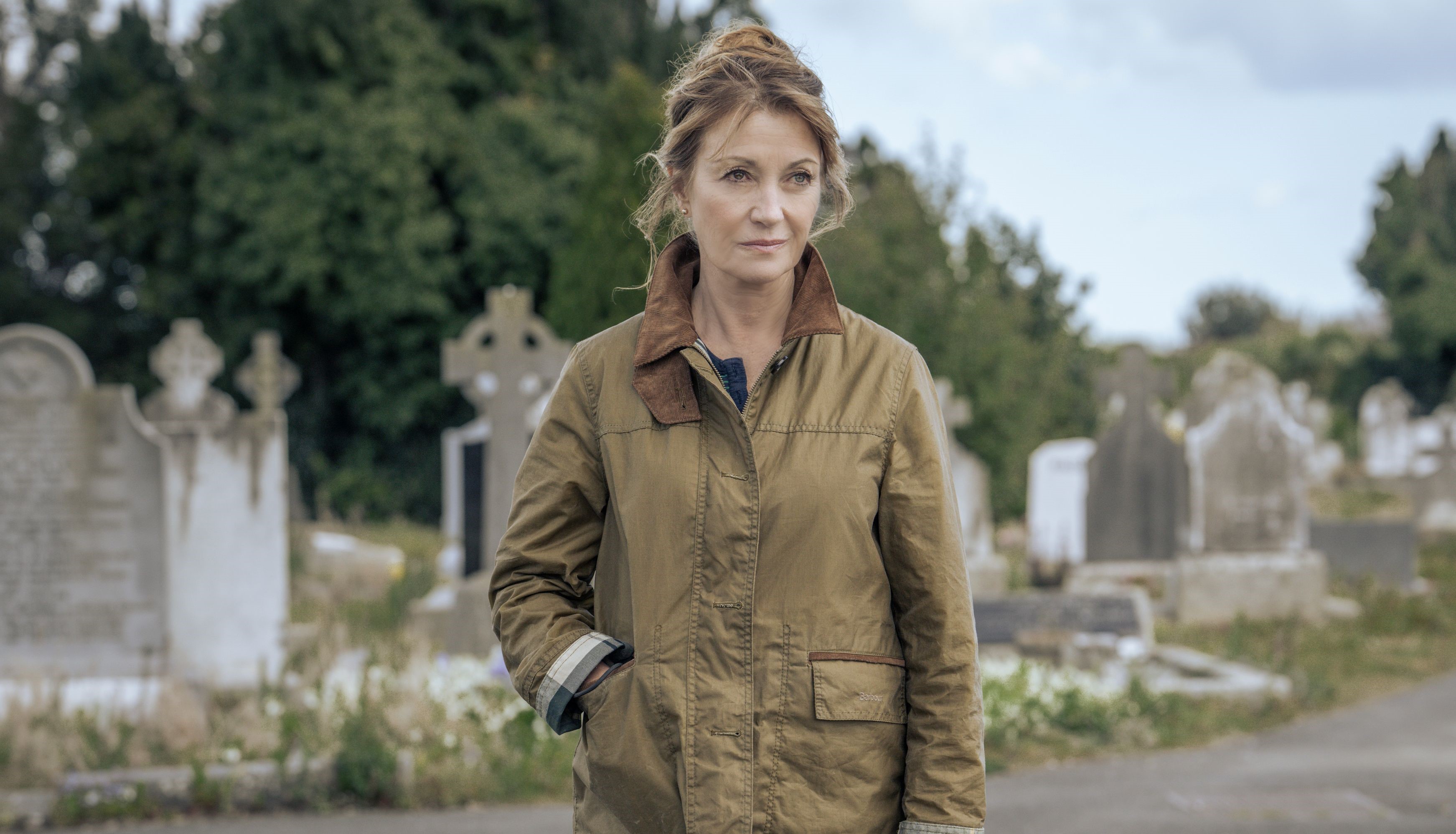 Created by David Logan, ‘Harry Wild’ is a drama mystery series that revolves around a recently retired English professor named Harry Wild (Jane Seymour). With her son, Charlie (Kevin Ryan), working as a police detective, she soon develops a liking for investigation as well and just can’t resist interfering with the cases that are assigned to Charlie. While working on a murder case, Harry notices that the case follows a pattern quite similar to an Elizabethan play. After cracking the case successfully, she forms a new passion for crime-solving.

The series follows a particularly darker tone, which matches the mysterious theme of the narrative. Apart from that, the beautiful backdrops are bound to keep the viewers curious and guessing about the locations that serve as filming sites for the suspenseful series. Not only that, but the compelling storyline also makes the audience wonder if the show is based on a true story or not. Well, how about we enlighten you with all the information we have? Let’s dive in, shall we?

‘Harry Wild’ is filmed mostly on location in the capital of the Republic of Ireland, Dublin. The fact that the series is set in Ireland makes the narrative seem even more real and authentic. The principal photography for the first season of the mystery series commenced in May 2021 and wrapped up by August of the same year.

The city of Dublin is a perfect blend of some popular historic landmarks and modern architecture, making it a versatile location for the production of several kinds of movies and TV shows. Over the years, it has served as a filming site for several movies and TV shows like ‘Braveheart‘ and ‘Love, Rosie.’ In case you are curious to know about the specific locations that are used for the production of ‘Harry Wild,’ we have got you covered!

Since a majority of the sequences are filmed on location in Dublin in the province of Leinster, the production team of ‘Harry Wild’ moves across Dublin to get the suitable backdrops for every scene. The Trinity College Dublin at College Green, Dublin 2, serves as a primary filming site for several scenes. The filming process is confined to mainly three buildings on the campus — the Graduates Memorial Building, Parliament Square, and the Anatomy Building; therefore, the cast and crew members set up camp in the college for a couple of days. 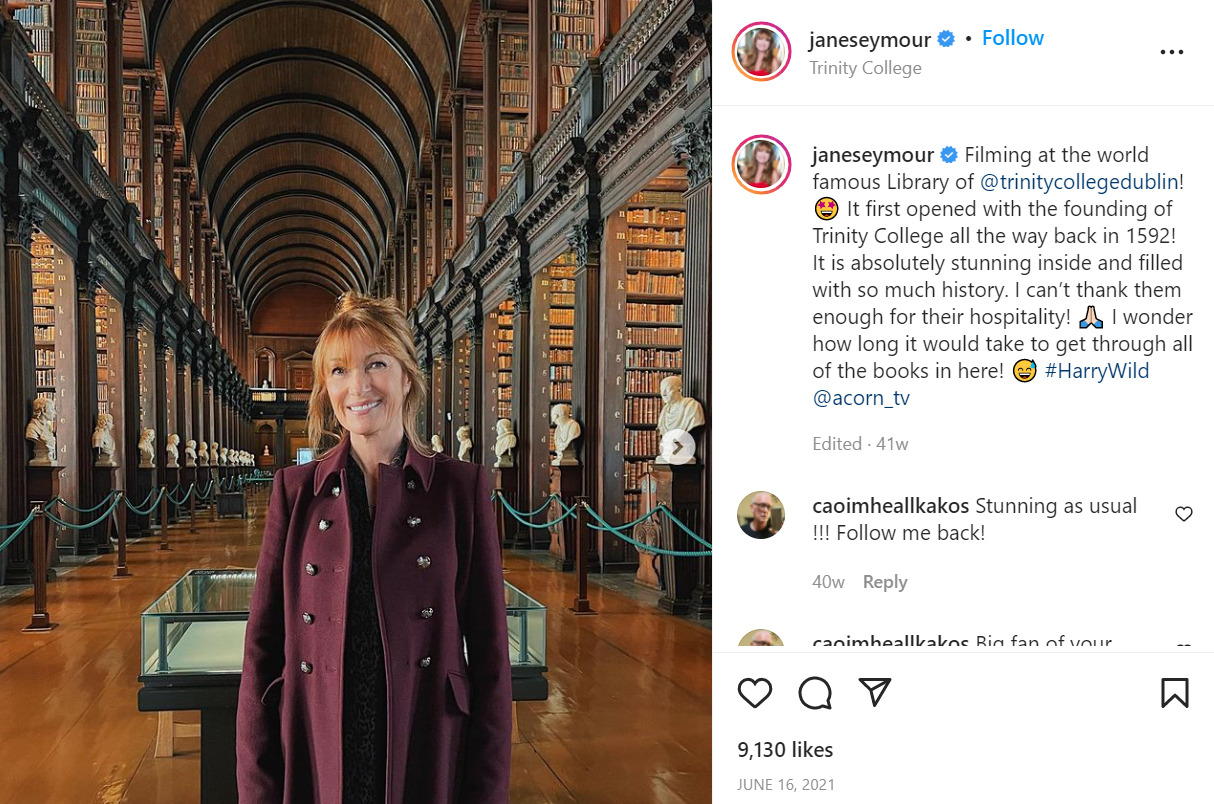 Another location that is used as a filming site is The Dropping Well, located in Milltown Road in Rathmines, Dublin 6. In June 2021, the crew members were spotted shooting some of the scenes for the inaugural season of the series in this popular local pub. Furthermore, a church in Dublin, seemingly Christ Church Cathedral located at Christchurch PI in Wood Quay, Dublin 8, was also used to tape a few sequences for the first season of ‘Harry Wild.’ 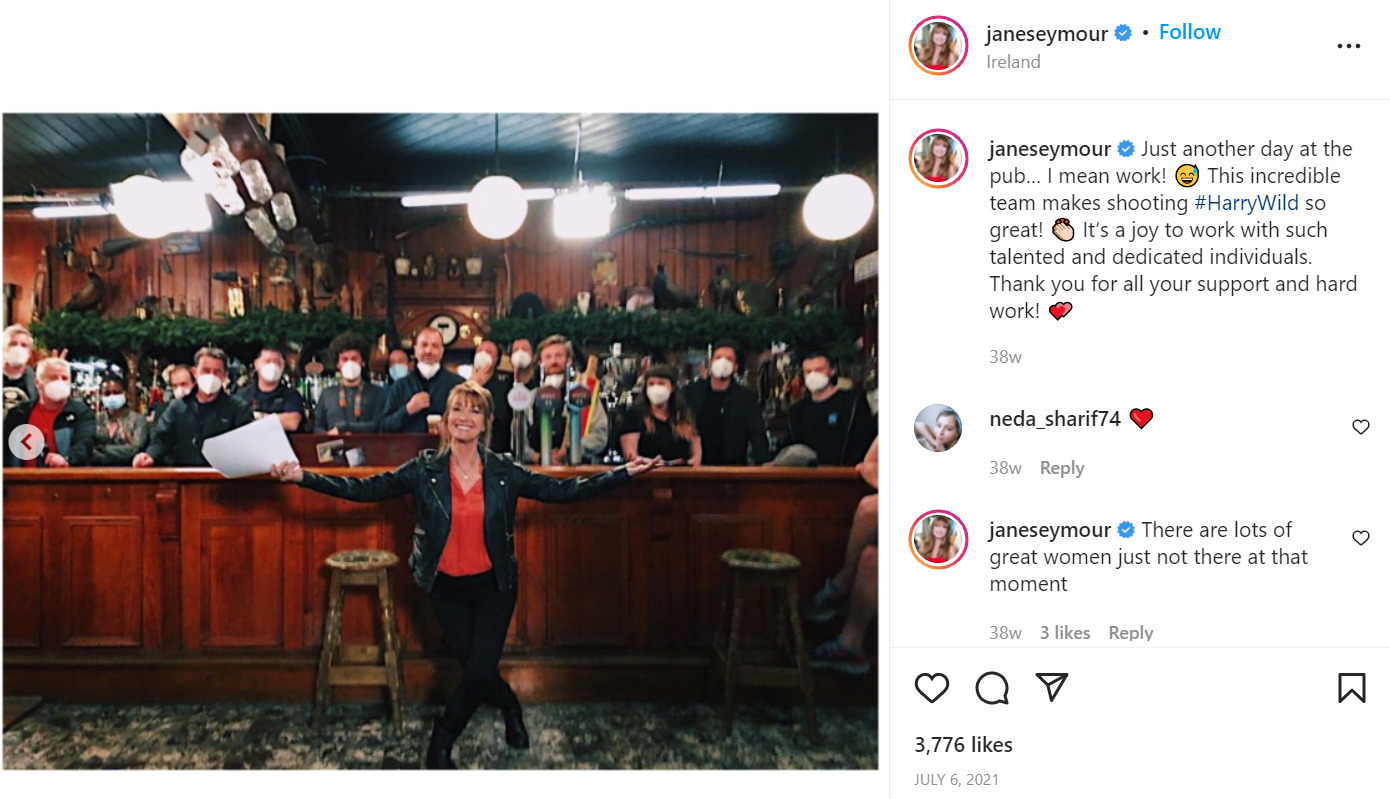 Moreover, the Poolbeg Generating Station AKA The Poolbeg Stacks, located in Dublin Bay, is another site where several scenes are lensed for the series. The production team most likely uses the thermal station chimneys, which are among the tallest structures in Ireland, as backdrops for several scenes in the show.

Merton Park, a suburb of Dublin 8, also served as a filming site for the first season of ‘Harry Wild.’ Fun fact, Jane Seymour, who plays Harry Wild, was raised here when she was a kid. Situated in the southeast and east of Ireland, Leinster is home to the ancient Kingdoms of Meath, Leinster, and Osraige.

Other Locations in Leinster, Ireland 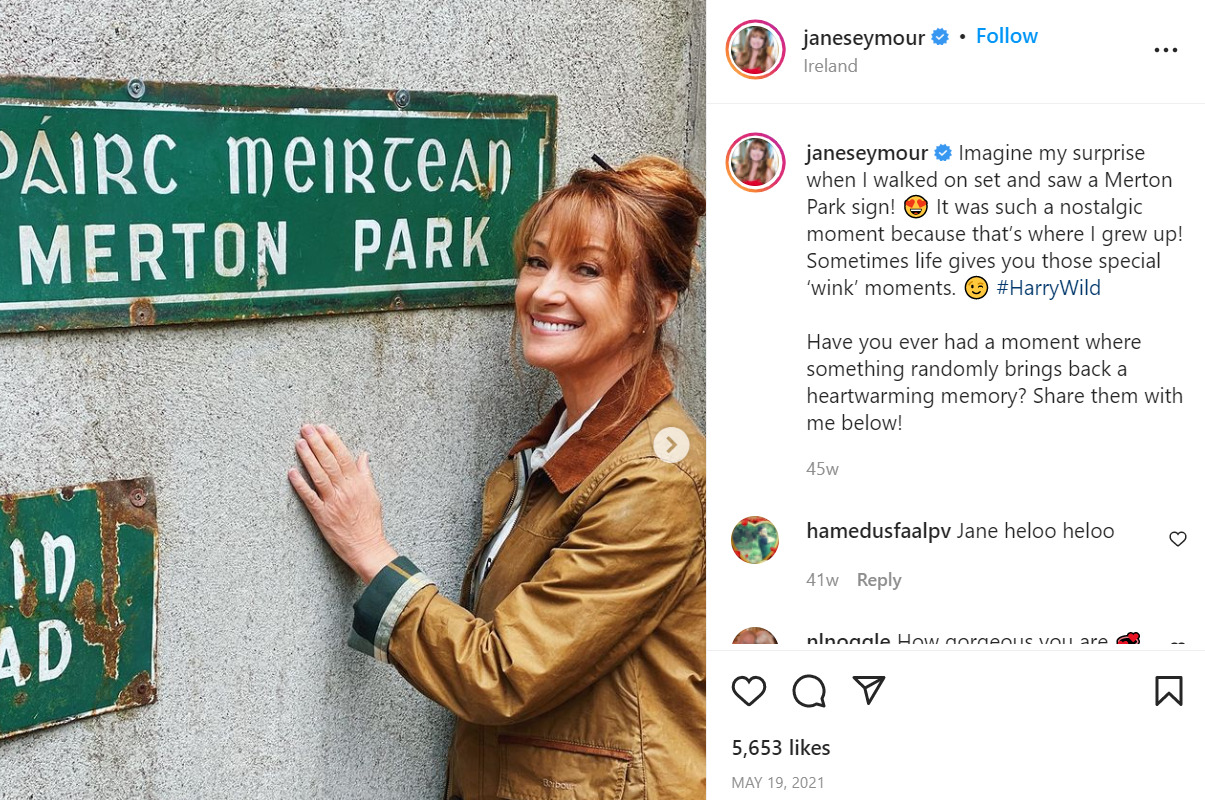 Moreover, the production team of the show also films significantly in County Kildare, which is located in the west of Dublin. Specifically, Brennan’s Kilteel Inn, which is situated on Main Street in Kilteel, was rebranded as The Hairy Goose for one of the scenes of Harry’s retirement party.

Is Harry Wild a True Story?

No, ‘Harry Wild’ is not based on a true story. Although the narrative and characters are not inspired by real life, it would be safe to infer that some of the characteristics of Harry Wild are derived from other fictional characters such as Nancy Drew and Sherlock Holmes, who also have a knack for investigation. Talking about the conception of the narrative, Jane Seymour, who essays the central role, told New York Post, “David came up with the idea and I really related to it. We spent four hours together to see if we wanted to work together and we couldn’t stop coming up with ideas and building the project.” 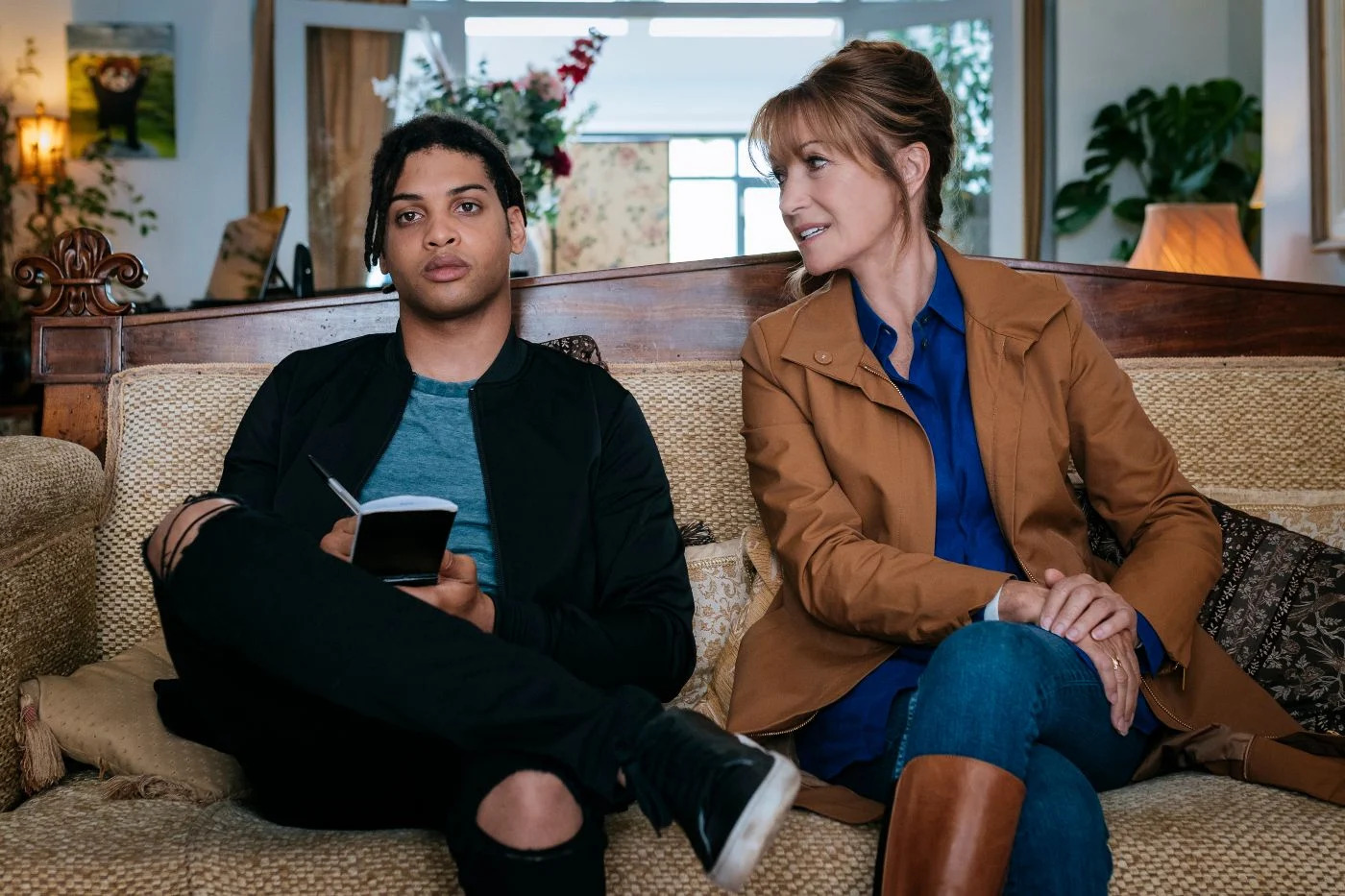 The British-American actress further added, “Jo Spain (Author) came in and wrote some more episodes. I loved every minute of it … the two of them came up with some unbelievable crimes that really ramp up after the second episode. Every time I read a new script I said, ‘Wow, how did you top the last one?'” To reiterate, ‘Harry Wild’ is not a depiction of any true events. Moreover, the realistic and dramatic performances of the cast members do a great job of making the show seem authentic.