Where is Heidi Broussard’s Fiancé Now? 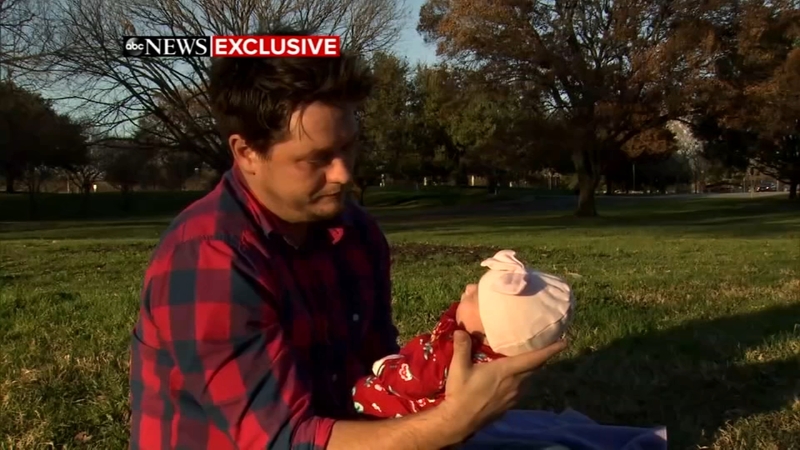 When Heidi Elizabeth Broussard went missing with her newborn daughter, Margo Carey, on December 12, 2019, it was evident to those closest to her that something truly terrible must have happened. However, they could’ve never imagined the alleged web of tricks and betrayal that unraveled from the ensuing search for her. NBC’s ‘Dateline: Abducted’ explores all this and more, including how Heidi was located in the truck of Magen Fieramusca’s car while Margo was alive in her home. Now, if you are curious to know more about Heidi Broussard’s fiancé, we’ve got the details for you.

Who Is Heidi Broussard’s Fiancé?

By 2019, Heidi Broussard was happily engaged to Shane Tyson Carey and residing in their shared home on the 700 block of W. William Cannon Drive in Austin with their kids — her step-daughter Addison, their son Silas, and their daughter, Margo (born November 26, 2019). Everything between the couple was good, and they were a happy family. On December 12, 2019, as usual, Shane left home at nearly 6:30 a.m. for work after telling his family that he’ll see them later. Then, at 8:30 a.m., Shane received a call from his partner, who had just dropped off their then-6-year-old son at his elementary school safe and sound.

Shane returned home at 2:50 p.m., only to notice that their front door was unlocked and that Heidi’s vehicle was in their parking lot even though she wasn’t at home. At first, he simply assumed that she’d taken Margo out for the day, yet as the hours passed, Shane started worrying. There was nothing out of place inside their residence, but Heidi’s car, he soon realized, was also unlocked. Most of her belongings, except her keys and cellphone, were in there, but so was everything else Heidi would’ve needed for Margo.

That’s when Shane began calling friends and family searching for Heidi and their daughter and eventually phoned the police. It was roughly 7:30 p.m. when the duo was reported missing, following which the officials issued an Amber Alert. There was no doubt in Shane’s mind that his fiancé and daughter were in danger because Heidi, he said, would never abandon their family, especially Silas. He even pleaded to the public for help and stated that he just wanted them back alive. Sadly, only their daughter returned to him.

Where is Heidi Broussard’s Fiancé Now?

Shane Carey lost his “soulmate” in one of the worst ways possible, yet he has continued to stay strong for his kids. He is determined to seek justice for Heidi but is still baffled by what transpired. After all, even he knew his partner’s alleged slayer and understood how close they were. In January 2020, in his first interview since being reunited with Margo, Shane stated that Heidi deserved better, adding that he wants to look Magen in the eye and ask why. To reveal his suspicions, Shane further continued, “Heidi is way stronger than Magen. There has to be a second person.”

Following this incident, everyone close to Heidi underwent therapy to help deal with the trauma and hopefully move on. From what we can tell, it has worked. It appears that Shane’s not only an active part of his children’s lives but has also found romance again with Michelle Senterfit. The father of three is clearly a hard worker, but for some extra help, he has created a GoFundMe page with a $10,000 goal. The ‘Heidi and Shane’s Family Fund’ foundation is created to keep Heidi’s memories alive.