Where is James Burke Now? 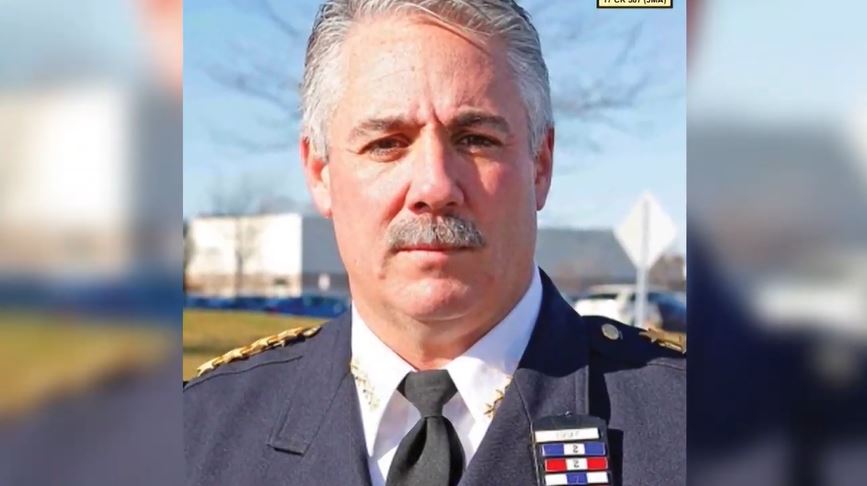 True-crime fanatics know that podcasts are ideal for learning about a myriad of murder, kidnapping, assault, and survivor cases. And if you’re like us and prefer to know all the details about the matter at hand, the suspects’ backgrounds, and the impact of the case as it stands today, then trust us, Investigation Discovery’s the ‘Unraveled: Long Island Serial Killer’ podcast is the one for you.

Hosted by Billy Jensen and Alexis Linkletter, this show profiles the Long Island Serial Killer, aka the Gilgo Beach Killer or the Craigslist Ripper, who is believed to have murdered 10-16 women over a period of nearly two decades. Although numerous suspects have been identified in the last few years, including James Burke, no arrests have ever been made. So now, let’s find out more about James, shall we?

Who is James Burke?

James Burke is a former Suffolk County Police Chief who got shrouded in accusations of being involved in Long Island serial killings after rumors of his prior involvements with local sex workers came to light, placing him at a possible crime scene. But before we delve into that, we should mention his long career in law enforcement. James was an Inspector and a Commanding Officer for Suffolk County’s Organized Crime Bureau before the DA appointed him to be the Chief – starting from January 2012.

From then, the investigations into the Long Island Serial Killer (LISK) apparently started getting murky. After all, James Burke refused to let the FBI examine the killings. As per the New York Post, an agent believes the reason for this was the Chief’s already fraying relationship with the Bureau for having assaulted Christopher Loeb. At that time, Christopher, an admitted heroin addict, had broken into James’ department-issued SUV to steal his duffle bag. When the Smithtown native was brought into custody, he was tied to the floor and violently beaten by James. In the podcast, Christopher claimed that the bag contained sex toys, pornography, and what seemed to be snuff films that could link James to the LISK.

In 2016, James Burke was sentenced to 46 months in federal prison after pleading guilty to depriving a person of civil rights and conspiracy to commit obstruction of justice in connection to the Christopher Loeb case. That same year, an escort also came out to pose allegations against him. She said that in 2011, she partied with James at an unknown Oak Beach home, where they engaged in “rough sex.” According to her, there were various drugs at the place, and she saw James use cocaine on a few occasions. These claims are significant as it puts James in the same area where a possible LISK victim disappeared.

Where is James Burke Now?

In 2015, before James Burke was sentenced to severe 46 months along with three years of supervised release, he resigned from his post. Plus, according to the Federal Bureau of Prisons records, he was released from behind bars in 2019. As far as we know, James is now following his relief requirements by regularly meeting with his probation officer and providing them with his monthly income and expense statements. Along with that, as he hasn’t faulted, we assume that he is also cooperating with the authorities when required.

James has not made any public statements or appearances since his discharge. But a source told Newsday that he “has not decided on any plans… but to take several months to relax… with boating in the summertime… and stay out of the limelight.” Even though James’ reputation has taken a hit, especially with Vice calling him a “sex-obsessed narcissist” and a “middle-aged bachelor with a vulgar disregard for social niceties,” the facts remain that there is no concrete evidence that ties him to the serial killings. He remains innocent until proven guilty in a court of law.