Where Is James Mac Inerney From Glow Up Now? 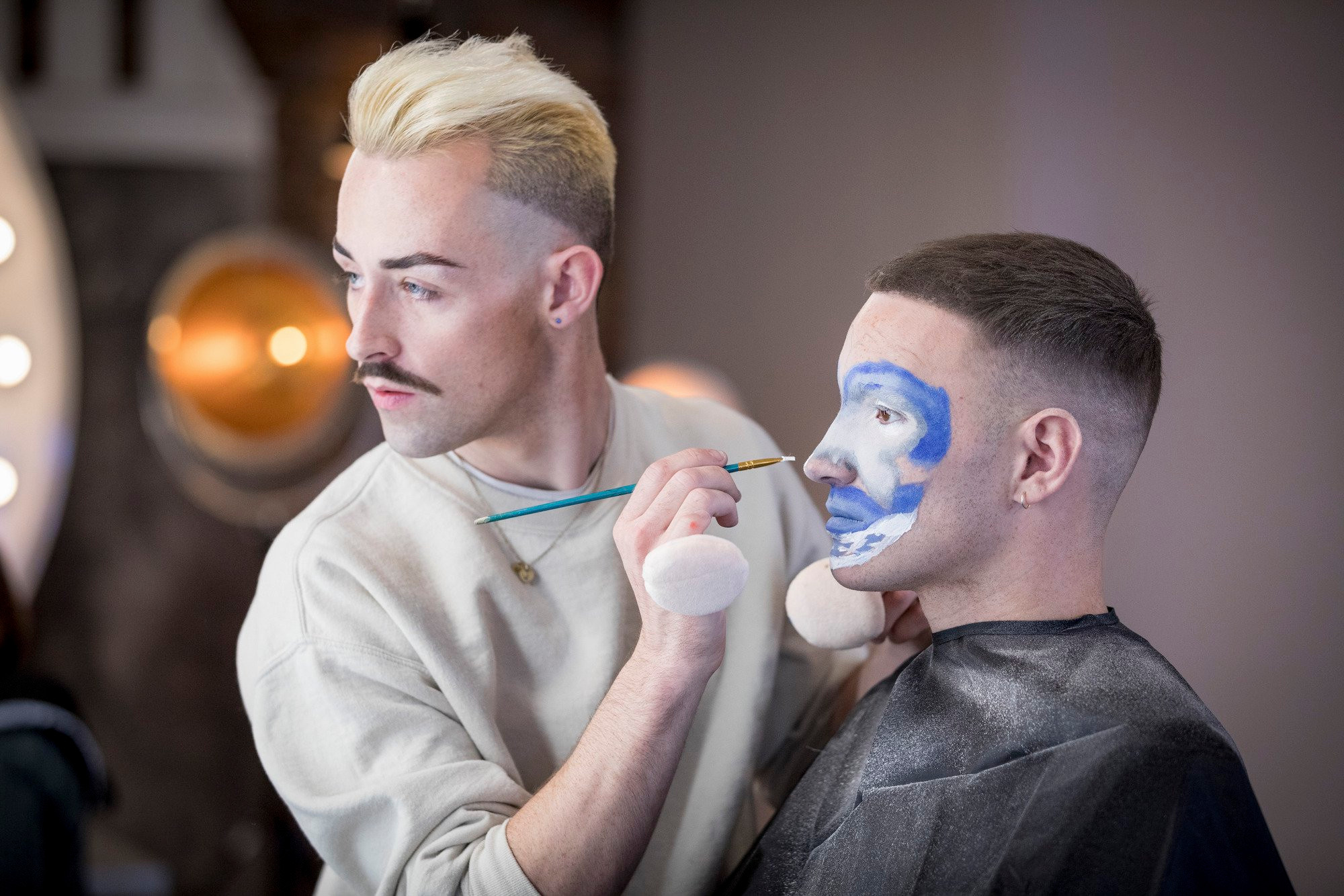 Watching the new season of ‘Glow Up: Britain’s Next Make-Up Star‘ on Netflix was a little bittersweet thanks to the global pandemic, but the talent and creativity that we got to see made up for it almost immediately. Filmed before the world went into lockdown in March, and while we could still get professional work done on ourselves without feeling worried, season 2 of ‘Glow Up’ is a reality competition series, hosted by Stacey Dooley, that does exactly as its name suggests – it finds Britain’s next top make-up artist.

During the eight episodes, the 10 aspiring make-up artists live and work together so as to prove their skills and determination to the judges. Of course, this is also helped by the series of challenges that they are made to compete in. In the end, the winner gets a contract that enables them to work with some of the most sought-after names in the make-up industry. In season 2, Ophelia and James were the last two people standing, but, even though Ophelia won, it was James’s story that touched our hearts.

Who Is James Mac Inerney?

James Mac Inerney was 25 at the time of filming, and therefore, was one of the eldest contestants in the series. Born and brought up in Ireland, this cousin of Aisling Bea, took his time to pursue his passion and love for make-up for a reason. As a “closeted country boy” in the beauty and smallness of Ireland, James wasn’t extremely comfortable expressing himself via cosmetic products as a child or a teenager in public. He was always experimenting behind closed doors, but it was in his 20s when he finally felt safe enough to freely manifest himself.

From that, his passion turned into his profession. And, in merely three years, he was working as a professional make-up artist. This was during the day, of course, so by night, he let more of his creativity shine from doing drag performances. Slaying in both, he ended up on ‘Glow Up.’ In the finale, for the main challenge of giving a masterclass at Harrods in London, he focused on a dramatic lash look that was inspired by the time he spent doing drag. His evolution look and techniques were almost flawless as well, but alas, it wasn’t at par with Ophelia’s, and so, he couldn’t cross the finish line as the victor.

Where Is James Mac Inerney Now?

James is currently quarantining with his family back in Ireland, but that does not mean that he has let his creativity be blocked. He still practices and lets his personality shine through his makeup, and he plans on returning to London very soon so that he can get back into doing what he loves – doing make-up professionally. It seems as if he plans on getting back into editorial shoots and campaigns first. Considering how the UK is slowly yet surely opening up again, we have no doubt that we’ll see his work on our screens shortly.

When asked by Refinery29 about what he has been up to in the last couple of months, he responded by saying, “I honed in on my own creativity and makeup artistry, creating content, [and] working alongside some highly respected organizations and brands during Pride Month as well, including MCM Comic Con and Amnesty International.” For the latter, he took part in their campaign called Pride Inside, where he urged people to show solidarity with LGBTQ+ communities and with the BLM movement by donating and raising awareness on social media platforms. This DCU multimedia graduate is really giving it his all.

Read More: Where is Keziah Joy Saunders From Glow Up Now?