Where is Joey From Too Hot to Handle Now? 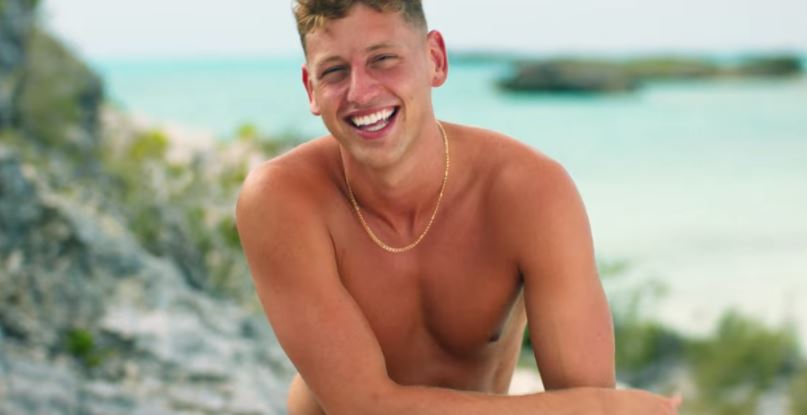 Netflix’s ‘Too Hot to Handle,’ if you’re still unaware of its viral concept, is a reality dating series where a bunch of sexually active individuals are placed under an absolute sex ban and monitored to ensure that they form deeper and more meaningful relationships. To win the $100,000 grand prize, they have to refrain from all forms of physical intimacy or risk losing money. But alas, as season two of this fascinating program demonstrated, it’s never as easy as it looks. And now, if you are curious to know more about player Joey Joy, in particular, we’ve got the details for you.

From Miami, Florida, Joey Joy joined this game show right in the middle of the season and immediately established himself as a cast member to look out for. With his charming smile, goofy personality, and open energy, it did not take long for some of the single girls in the luxurious island villa to find themselves attracted to him, which he, of course, appreciated. “The game plan is: be me, stay me,” Joey stated during his introduction clip. “I’m here to shake things up a little bit.” And that’s exactly what he did after getting to know everyone briefly and testing out the waters.

Joey confessed that he’s a player of sorts and sometimes juggles multiple girls simultaneously, albeit always being honest about it. Yet, that was not the case for him in the series. In fact, once he partnered up with Carly, he stood up for their connection quite early on and even stuck by her actions and decisions. Although they both admitted that their bond was new, fun, and dopey, Joey seemed proud to know his partner and be by her side. In the end, he left no doubt that he’d made significant progress from who he was in the beginning in a short amount of time.

Where is Joey Now?

As a perfect blend of American, Greek, and Italian, Joey appears to be a public figure. He has not actually specified his chosen vocation anywhere, but his social media profiles point towards that direction. Furthermore, we know that he’s athletic, which plays a role in his fitness and good looks as well. Not only did Joey play football as a wide receiver and slotback in the mid to late 2010s, but it seems like he continues to be involved in several sports whenever possible, whether it’s basketball or water-related. Being based in Miami has its own set of perks for Joey.

From what we can tell, it seems like Joey Joy is now looking to establish a substantial social media presence to grow his career in the entertainment industry. He has the standard Twitter and Instagram accounts, a YouTube channel, a TikTok profile, and BitClout. We should also mention that apart from sports and his profession, Joey also seems to love spending his time traveling and exploring all that the world has to offer. He may have stated that he tends to be lazy and ignorant, yet that doesn’t appear to apply to his individual life, so we can’t wait to see what he does next.

Read More: Are Joey and Carly Still Together?