Where is Judy Hoback Now? 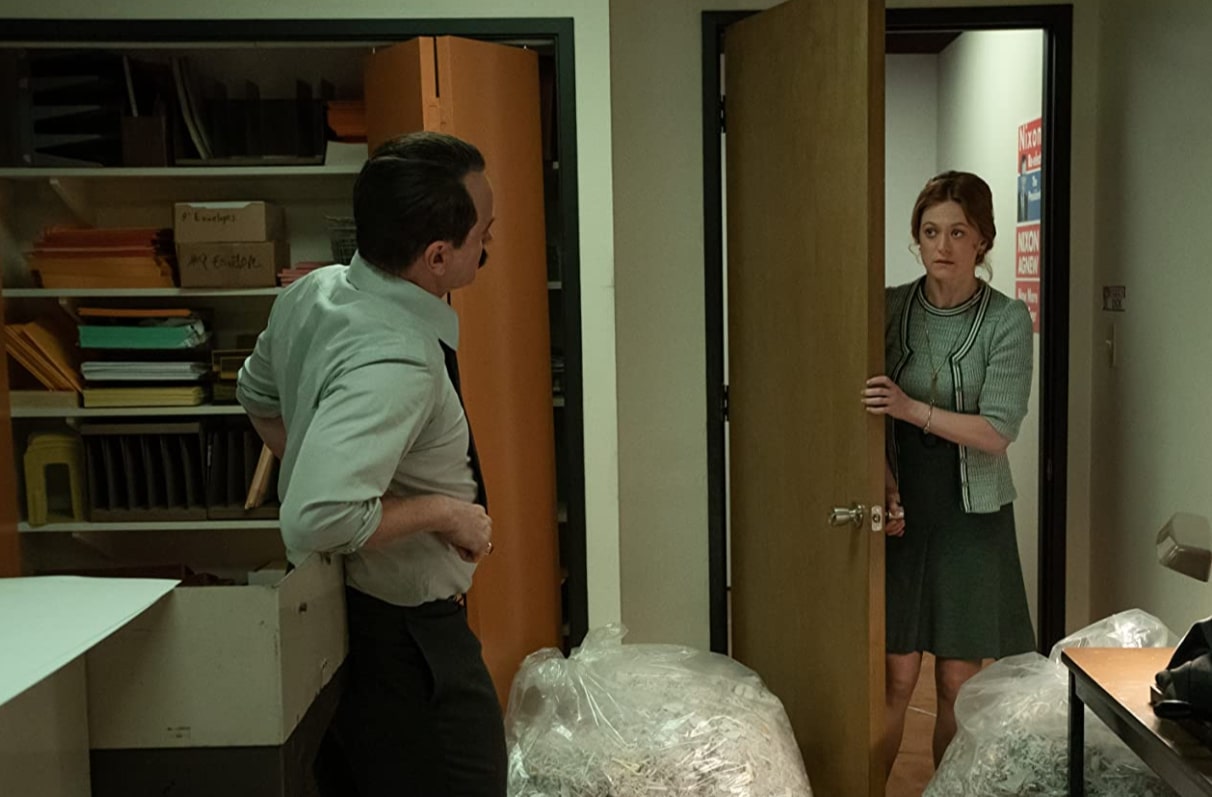 Since the premiere of ‘Gaslit,’ various real-life people connected to the Watergate Scandal have been suddenly brought back to the public attention, and Judy Hoback is one of them. She first appears in episode 3, titled ‘King George.’ As Liddy destroys any evidence that links him to the Democratic National Committee break-in and the Nixon administration, Judy barges into his office to tell him that FBI agents Lano and Magallanes have come to see him.

Given that Marin Ireland portrays the character of Judy, most audience members likely figured out this wasn’t the last time we see Judy in the show. In episode 4, titled ‘Malum in se,’ the character is fleshed out, and the key role the character’s real-life counterpart played in the Watergate investigation is underscored. Here is everything you need to know about Judy Hoback.

Who Is Judy Hoback?

Judy Hoback is originally from Pennsylvania. She was born on May 10, 1937. Her father, Charles Luther Graham, worked as an athletic coach and professor at West Chester University. After his death in 1951, Graham Natatorium was built in his remembrance in 1970. Judy’s mother was Lois (née Litchfield). Judy had two siblings, sister Ross and brother David. The latter passed away in March 2013 in West Chester. For four decades, David worked as an independent plumbing and heating contractor.

Judy’s first husband was James Hoback. They had a daughter together, whom they named Kelly. James passed away due to a heart attack in 1970. About 12 years after the Watergate Scandal came to light, in 1984, Hoback married her second husband, Grover Miller, who used to run the firm H&M Marketing, where Judy served as the secretary, treasurer, and vice president.

Judy played a pivotal role in the exposure of the Watergate Scandal. In 1972, she was a bookkeeper for Nixon’s re-election campaign — the Committee for the Re-Election of the President. The Washington Post reporters Bob Woodward and Carl Bernstein reached out to her for information on the Watergate break-in. She subsequently played a pivotal role in establishing the financial connection between the burglars and the CRP. She was initially disinclined to reveal her identity and simply came to be known as the “Bookkeeper.” Hoback didn’t just speak to the press; she also revealed what she knew to the FBI.

According to Woodward, Judy’s contribution to their report was more significant than Deep Throat, the near-mythical source of information for their story, later revealed to be Mark Felt, who was the Associate Director of the FBI at the time. “There were stages when [Felt] really helped us, but the real turning point in the coverage of Watergate was when Carl found the book-keeper,” Woodward told CBS in 2012. “The book-keeper had the details of the money and who controlled it and who got the money. You look at ‘All the President’s Men,’ I really think the book-keeper is the key source.”

Where Is Judy Hoback Now?

When Woodward and Bernstein published their 1974 non-fiction book ‘All the President’s Men,’ they asked Hoback to let them use her name. Hoback spoke to her attorney, who advised her against it. In the 1976 film based on the aforementioned book, the terrific Jane Alexander received an Oscar nod for her performance as Judy. To prepare for her role, Alexander reportedly met Judy. In 1992, on the 20th anniversary of the Watergate Scandal, Judy Hoback Miller first gave her accounts of the events in the CBS News special ‘Watergate: The Secret Story.’

By 2013, when her brother passed away, Judy and her husband Grover Miller were living in Singer Island, Florida. Judy retired from work around that time. In 2012, on Watergate’s 30th anniversary, she told BBC, “We [Judy and Grover] have a good, nice, comfortable life here. I have been very happy to just go off into the sunset.” Judy’s daughter eventually became a teacher. Beyond this, not much is known about Judy Hoback Miller.