Where is John and Martha Mitchell’s Daughter Marty Mitchell Now? 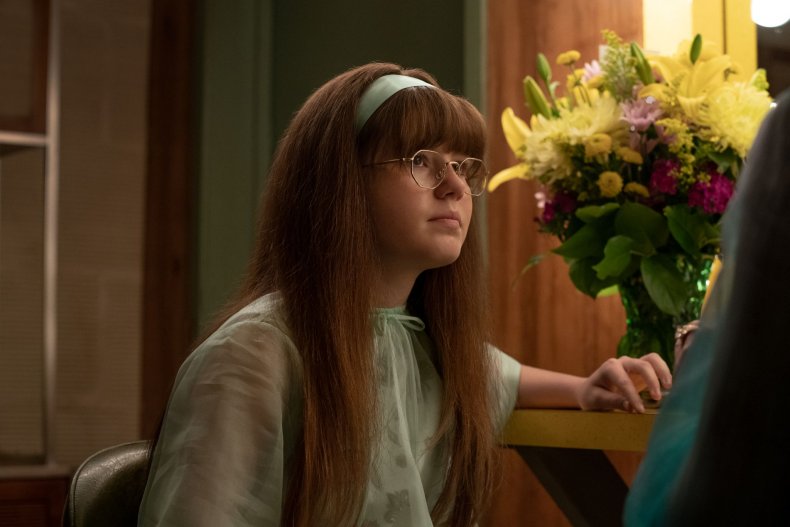 With ‘Gaslit,’ series creator Robbie Pickering finds a new way to peer into one of the most heavily discussed events in American history — the Watergate Scandal. The story predominantly revolves around the Mitchell family. After Nixon became President, John Mitchell (Sean Penn) moves his family to Washington D.C. so he could serve as the Attorney General in the new administration. However, both his wife Martha (Julia Roberts) and daughter (Darby Camp) aren’t particularly fond of life in Washington, and they miss how things used to be in New York.

Despite this, Martha, a flamboyant socialite, thrives in the US capital and becomes massively popular because of her vivacious and outspoken personality, much to the dismay of certain people in the administration. When Martha finds out that the Committee to Re-Elect the President or CRP, which her husband heads, has begun using illegal methods to ensure that Nixon remains the President, she starts sounding the alarm, becoming one of the first whistleblowers of the Watergate Scandal. Her actions and that of her husband inevitably affect their daughter. If you are wondering where Marty Mitchell is now, we got you covered. SPOILERS AHEAD.

Who Is Marty Mitchell?

Marty is the nickname of Martha Elizabeth. She is the only daughter of John and Martha Mitchell. Before he became Attorney General, John practiced law in New York City. Meanwhile, Martha was previously married to the US Army Officer Clyde Jennings, Jr. They had a son together, Clyde Jay Jennings. Martha and Clyde eventually divorced in August 1957. Martha and John got married in December 1957, and Marty was born on January 10, 1961. She attended Stone Ridge Country Day School in Bethesda, Maryland.

Although their family was not Roman Catholic, they sent their daughter there because Martha believed that only these schools could provide the discipline her daughter needed. While the family was in Washington, they lived in the Watergate Complex. After the breaking of the Watergate scandal, John left their home abruptly with Marty.

Following their separation, John eventually won their daughter’s custody after a very publicized legal fight. On May 31, 1976, Martha died due to complications arising from advanced stages of Multiple Myeloma. Her funeral took place at First Presbyterian Church in Pine Bluff, Arkansas — her hometown. Both Marty and her father were there, reportedly arriving sometime after the ceremony started through the side door along with Clyde Jay.

Where Is Marty Mitchell Now?

In March 1989, a marriage notice appeared on various news outlets, including The New York Times, announcing the impending nuptials of Martha Elizabeth Mitchell of Washington and Paul James Savidge of Silver Spring, Maryland. The notice also stated that Marty graduated from Georgetown University and worked as an associate with Dean & Associates, a consulting firm involved in the real estate sector in Washington. Meanwhile, her would-be groom, the son of Robert J. Savidge of Wayne, Pennsylvania, and the late Dolores T. Savidge, was an associate in the Washington law office of Morgan, Lewis & Bockius.

Paul James Savidge also went to Georgetown, receiving his degree from the School of Foreign Service. He subsequently earned his J.D. from Washington and Lee University. The marriage was slated to take place in September 1989. The notice was sent by Mr. and Mrs. Kenneth C. Ebbitt, Marty’s godparents. Beyond this, not much is known about Marty.