Do John and Martha Mitchell Stay Together or Did They Divorce? 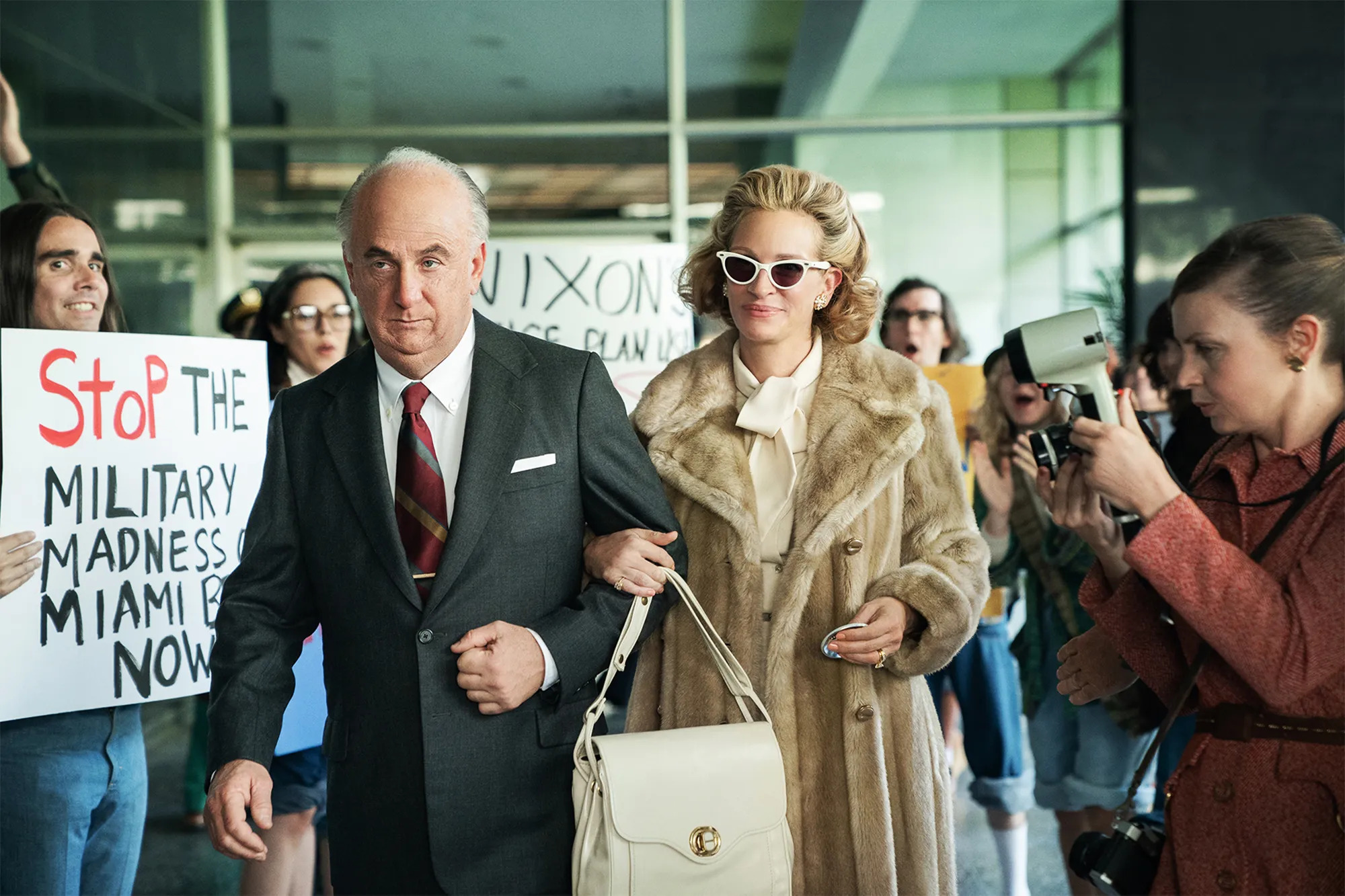 ‘Gaslit’ is a dark comedy political drama series set against the backdrop of the Watergate Scandal. However, unlike most films and TV shows on the subject, the plot doesn’t center around the break-in itself or Nixon and his cabinet but around women whose lives were affected by it. The relationship between Nixon’s Attorney General John N. Mitchell (Sean Penn) and his wife and Martha Mitchell (Julia Roberts) play an essential role in the narrative.

In real life, Martha was vivacious, flamboyant, outspoken, and a proper gossip girl. One of the first whistleblowers during the scandal, she claimed that the Committee to Re-Elect the President or CRP — which her husband was in charge of at the time — was using “dirty tricks” to secure the election for Nixon. If you are wondering whether John and Martha Mitchell ultimately stayed together or divorced, we got you covered. SPOILERS AHEAD.

Do John and Martha Mitchell Stay Together?

John Mitchell was originally from Detroit, Michigan, but spent his childhood in Queens, New York. He received his law degree from Fordham University School of Law and started practicing law in 1938. When World War II broke out, he joined the US Navy and served for three years. John Mitchell joined Nixon’s cabinet as the Attorney General in 1969. Martha Elizabeth Beall was born and grew up in Pine Bluff, Arkansas. John wasn’t her first husband. She was previously married to US Army Officer Clyde Jennings, Jr. from 1947 to 1957. They had a son together, Clyde Jay Jennings.

John and Martha married on December 30, 1957. Their daughter, Martha Elizabeth or Marty, was born on January 10, 1961. After John was made a member of the cabinet, the family moved to Washington and made their home in the Watergate complex. Martha soon established herself as a well-known celebrity with her open and candid personality. The public loved her, and so did the media. She even got the nickname “Martha the Mouth” or “The Mouth of the South.”

After Martha began telling the press about the CRP’s “dirty tricks,” there were reportedly calls to convince her to stop talking. According to Leon Neyfakh, on whose ‘Slow Burn’ podcast the show is based upon, Nixon told his Chief of Staff that they needed to “turn off Martha.” John quit his position as the Attorney General to serve as Nixon’s campaign manager in the Spring of 1972. While he and Martha were in California, he got the news that the break-in attempt was unsuccessful, and all five burglars were apprehended.

John subsequently went back to the US capital, leaving Martha in California. After this, Martha was reportedly abducted, and her captors physically accosted her. When she returned, Martha reportedly gave an ultimatum to her husband to cut himself off from the Watergate mess. John apparently did this. “I have found that I can no longer [carry out the job] and still meet the one obligation which must come first: the happiness and welfare of my wife and daughter,” he wrote in his letter of resignation to Nixon.

However, Mitchell later proved that he was still very much loyal to Nixon during the Senate testimony. Martha claimed to The Washington Post that “he (John) had walked out and left me with $945.” They subsequently separated. When he faced the court for the 1975 criminal trial, she took him to court over back alimony. Martha passed away on May 31, 1976, due to multiple myeloma. Meanwhile, John spent 19 months in prison for conspiracy, perjury, and obstruction of justice related to the Watergate break-in. He died of a heart attack on November 9, 1988.