As a true-crime documentary series that lives up to its title by delving deep into the life of Hunter Edward Moore, Netflix’s ‘The Most Hated Man on the Internet’ is as confounding as it is gripping. That’s because this three-part original gives a complete insight into not just the revenge porn site Is Anyone Up? founder’s malicious actions but also his probable, needlessly selfish motives. Amongst those who willingly feature to share their side of the story as a victim is none other than Kayla Laws — so now, if you wish to learn more about her, we’ve got the details for you.

Who is Kayla Laws?

It was back in October 2011 when aspiring actress Kayla Laws took a few intimate pictures of herself in front of her bedroom mirror just for fun and later e-mailed them to herself for safekeeping. The then-24-year-old had actually forwarded them thinking her account would be the best place since she didn’t feel like deleting them upon noticing her cell phone didn’t have enough storage. Little did the Los Angeles native know, though, that she would soon be hacked, and those images, along with links to her social media profiles, would end up on Is Anyone Up? in January 2012. 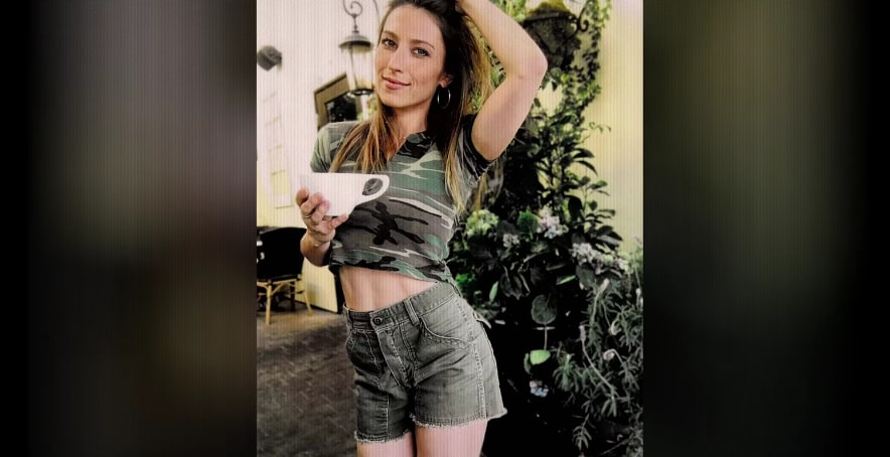 Kayla was at her job as a waitress when she learned she’d been posted on the site — there was a topless photo amid a few clothed ones — which turned her whole world upside down. She immediately called Charlotte Laws — her support system, best friend, and mother — who, in turn, wasted no time getting to work to ensure there was no trace of her daughter on the awful site. However, their removal requests were ignored even after they provided proof of the hacking and claimed copyright, by which point strangers had begun contacting Kayla online, further traumatizing her.

Consequently, the youngster deactivated her accounts, closed herself in, and honestly lost a little hope as well, that is, until her stepfather, Charles, an attorney, got her pictures down. The matter was far from over, though, because Charlotte had begun talking to other victims, and they’d realized justice was desperately needed, leading a battle that lasted well into 2015. The mother-daughter duo had initially spoken to the local authorities, only for them to reportedly imply the blame was Kayla’s, as per the docu-series, so the fact the FBI was more than keen to help out was a massive relief.

Where is Kayla Laws Now?

Kayla Laws was the only victim to make a statement during Hunter Moore and Charlie “Charles” Evens’ sentencing hearing in late 2015 — a strength she has since admitted she gained from her mother. She said, in part, “[Hunter] called himself a professional life ruiner, and that’s exactly what he did to me… I felt exposed, ashamed, and broke into tears. I was hoping no one would see it, but within a day, I lost a role in a film. Not to mention the tens of thousands of strangers who saw, commented on, or possibly even saved the photo… I will carry the trauma of this experience with me for the rest of my life.”

Despite everything she has been through, it appears as if Kayla continues to reside in Los Angeles, California, where she’s leading a good life as an accomplished real estate agent at Coldwell Banker Realty. She has actually sold more than $32 million worth of property over the years by focusing on not just her base city but also areas like the San Fernando Valley, the Santa Clarita Valley, and Ventura.

More importantly, we must mention that she tied the knot with her long-time partner, the love of her life, in a beautiful ceremony on July 10, 2022, and hence goes by the name Kayla Laws Collins now. The undeniably dedicated realtor, dog lover, and devoted family woman is still extremely close to her mother, which means Kayla is perfectly content at the moment.