Where is Khat From The Circle Season 2 Today? 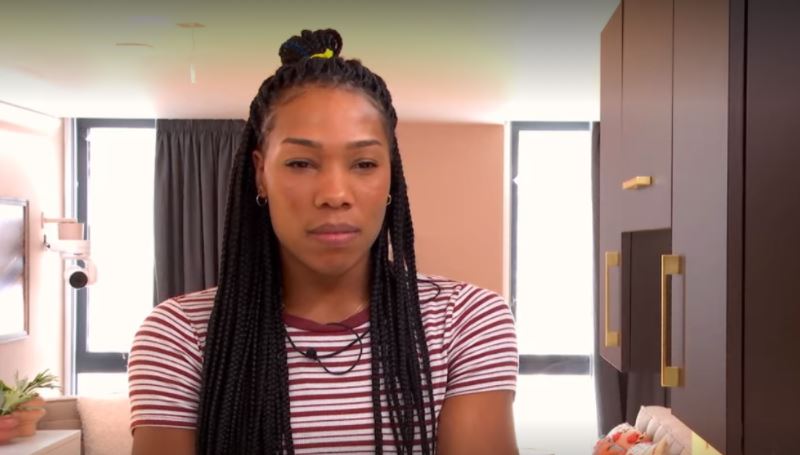 Netflix’s ‘The Circle‘ is a reality competition series wherein all the players live on their own in the same apartment building but can only talk to each other via a virtual voice assistant and text messaging app, making things very tricky. After all, it is basically a social media-based popularity game. This show is as addictive as it is binge-worthy, so it’s no surprise that the streaming service has come out with season 2 as well. And now, if you’re curious to know more about Khat Bell, one of the contestants in the latest installment, we’ve got you covered.

Who is Khat Bell?

Katherine “Khat” Bell, born on March 5, 1993, in San Diego, California, was raised in Mesquite, Texas, with her two sisters and a brother. Coming out of high school, as she has always been athletic, she was the #2 volleyball recruit in the nation. However, she chose to stay close to her hometown and attended the University of Texas, where she played for the Longhorns women’s volleyball team. Subsequently, Khat played a crucial role in her team winning the National Championship and was even named into the All-American women’s volleyball thrice. In 2012, Khat was named Cobra Magazine National Defensive Player of the Year. She graduated in 2015 and immediately went pro.

Khat entered ‘The Circle’ as herself because not only did she want to enjoy the experience to the full, but she also wanted to break the stereotypes Black women like her face daily. In her introduction, she said, “I wanna show the world, ‘Hey, you know what, we’re young, we’re beautiful, we’re bright, we’re articulate, we’re smart, we’re funny, we’re outgoing.’ It’s all about showing the world who I am.” Khat also explained her strategy of coming in strong and letting others destroy themselves on their own while she simply pours gasoline. After all, being competitive is in her nature.

Where is Khat Bell Now?

As a professional volleyball player, Khat Bell has gotten the opportunity to travel all over the world, representing different clubs. She began her career in South Korea with GS Caltex Seoul KIXX before playing for the Gigantes de Carolina in Puerto Rico. Then, she played for a couple of Turkish teams, Manisa BBSK and Balıkesir BBSK, before entering into a contract with Henan Volleyball in China and then Petron Blaze Spikers in the Philippines. Currently, though, at the age of 28, Khat is back in Turkey and playing ball as an outside hitter in Bolu Bld. Her Instagram is proof of just how proud she is of her career and how hardworking she is.

“I can feel the version of my highest self flowing through my veins y’all, and I am working overtime to reach her as fast as I can, day in and day out!,” Khat wrote on her birthday this past March. “If I could [say] anything to the woman I will become this year [it’s] this: You deserve all of god’s blessings that are coming your way! You are kind, selfless, loving, supportive, and uplifting…You’ve earned this!…This year is going to be a big one! Can’t wait show you guys what’s in store!” With that said, it’s evident that Khat has big plans for her future, and we, for one, are on the edge of our seats to find out what they are.

Read More: Where is Terilisha Now?