Where Is Kyland From FBoy Island Now? Who Is His Girlfriend? 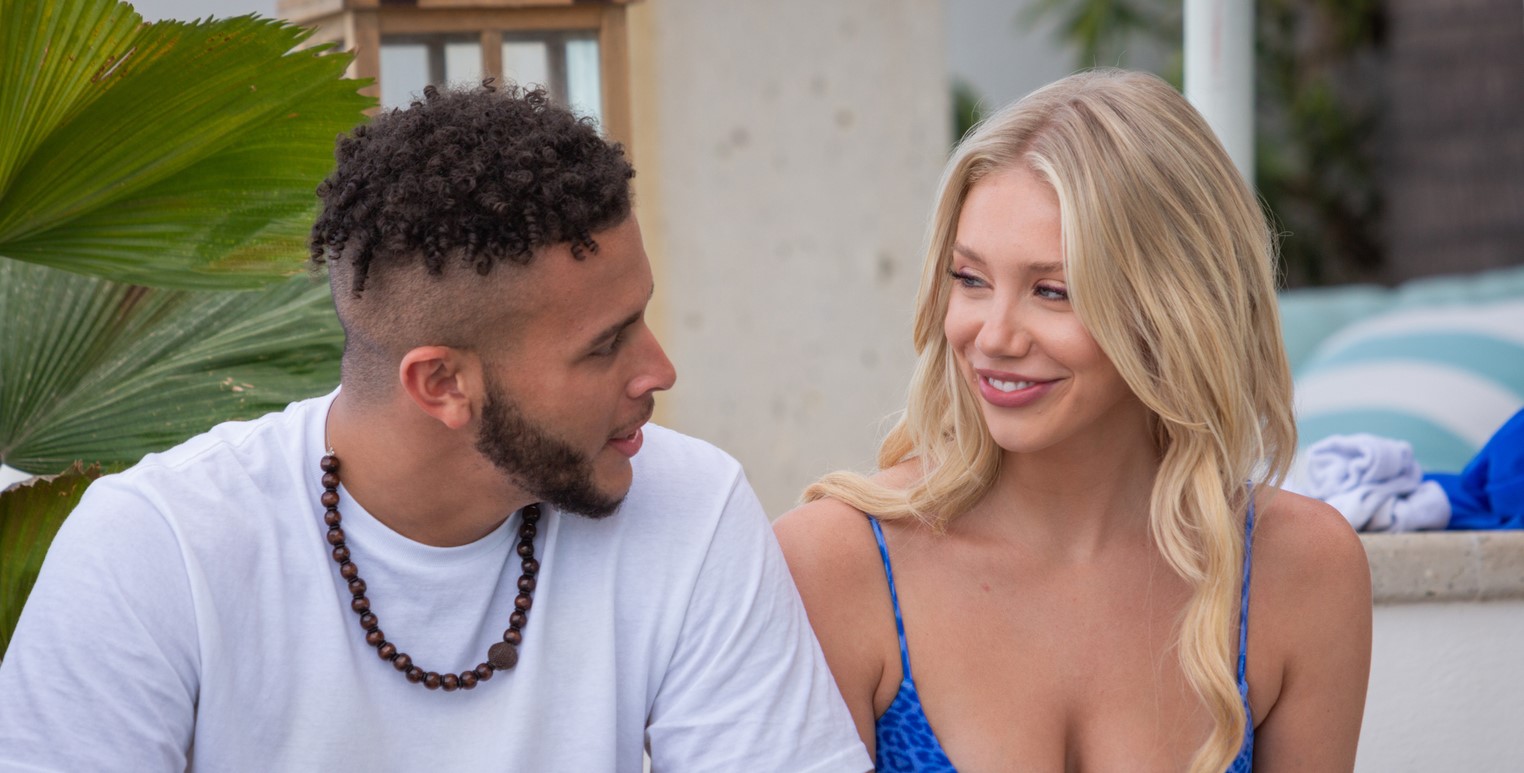 HBO Max’s ‘FBoy Island‘ is an interesting dating reality show that revolves around three single women navigating through a group of eligible bachelors to find the perfect partner. While this may seem like any other generic dating series, ‘FBoy Island’ brings a catch as half of the eligible bachelors are nice guys, while the other half are FBoys, only on the show for cold hard cash. While the women have all the power to date and eliminate men based on their preference, viewers should note that if an FBoy ends up being the ultimate choice, he can decide to take off with the full prize money.

Interestingly, in the initial days of ‘FBoy Island’ season 2, Kyland Hewett-Newbill was able to hide his FBoy Status successfully and even seemed to develop a deep connection with Louise Barnard. However, it did not take long for the women to figure out the truth, and Louise sent Kyland packing at the end of episode 4. Shockingly, after getting eliminated, Kyland revealed he already had a girlfriend, making fans curious about his present whereabouts. Well, fret not because we come bearing answers!

A current resident of Springfield, Missouri, Kyland Hewett-Newbill grew up in a close-knit family alongside his parents, Nat Newbill and Jill Harden, and at least one sibling. He had quite a happy childhood which helped him develop a close bond with his loved ones, which he cherishes to this very day. Interestingly, Kyland chose to describe himself as a former athlete and, from the looks of it, was quite an impressive basketball player during his high-school days. After graduating from Ozark High School, the reality star decided to pursue a sports administration degree and enrolled himself in Drury University.

While on the show, Kyland initially came across as a genuinely nice guy and was clearly interested in Louise. Surprisingly, she reciprocated and even took him on a one-on-one date, where the two were spotted enjoying a steamy make-out session. Besides, Louise shared some quality time with Kyland in the hot tub, and it seemed like he was one of the frontrunners to win her hand. Surprisingly, things took a drastic turn when Austin approached Louise and claimed that Kyland had called her a “25-cent kissing booth.”

Additionally, Kyland was also found bragging about his time in the hot tub with Louise, which made the single woman unsure about his intentions. Hence, unable to trust him further, she chose to eliminate him in episode 4. Nevertheless, once eliminated, Kyland revealed that he already had a girlfriend, leaving the rest of the cast pretty shook.

Where Is Kyland Hewett-Newbill Now?

From the looks of it, Kyland had eased back into his life post-filming, although he does appear to enjoy traveling quite a bit. In fact, his social media is chock full of the fantastic memories he created with his friends while on various trips. On the other hand, his time on ‘FBoy Island’ seemingly made him quite a few friends for life, as Kyland seems especially close to his co-star, Ilon Hao.

At present, the reality star resides in Springfield, Missouri, where he attends Drury University and is expected to graduate in 2023. Moreover, even though it seems like his basketball days are behind him, Kyland has taken on modeling as a career and is determined to make a name for himself in the field.

Who Is Kyland Hewett-Newbill’s Girlfriend?

Interestingly, once eliminated from ‘FBoy Island’ season 2, Kyland mentioned that he already had a girlfriend and was there for the money. Naturally, the news caused quite a stir, and Louse was pleased with dodging what she considered a bullet. Moreover, when pressed further, Kyland opened up about his relationship and claimed that his girlfriend knew he would come onto the show and flirt with other women. However, she was confident that he only had his eyes on the money and was highly supportive of his desires.

Nevertheless, the reality star appears to keep his relationship under wraps and hasn’t talked much about his girlfriend in the public sphere. Hence, with nothing to suggest a break-up, we can assume they are still together.

Read More: Where Is Michael From FBoy Island Now?