Where is Larry Bird Now? Update 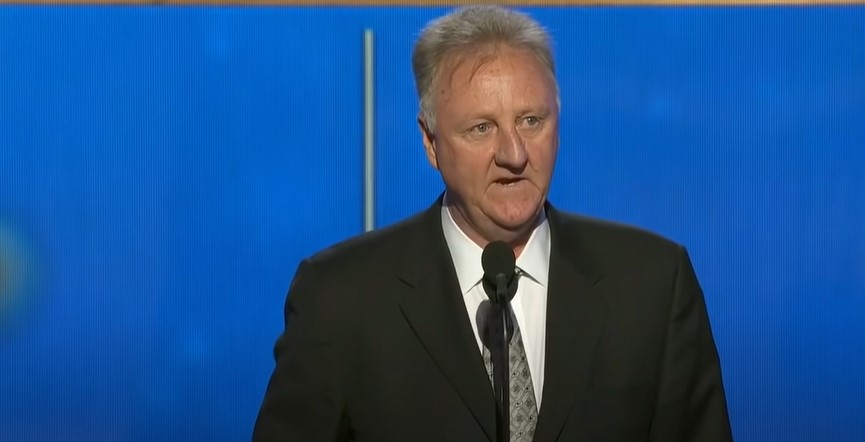 When the Los Angeles Lakers began their dominance in the 1980s, their games against the Boston Celtics produced some of the best matchups in history. This had a lot to do with Magic Johnson on the Lakers and Larry Bird on the Celtics, the two highly touted rookies who had a memorable rivalry over the years.

HBO’s ‘Winning Time: The Rise of the Lakers Dynasty’ brings that rivalry alive in a ten-part drama series. Larry is unquestionably one of the greatest to have ever played the game. So, if you’re wondering what he’s been up to since his retirement, we’ve got you covered.

Where is Larry Bird Now?

Considered a supremely talented player, Larry became his school’s leading scorer at the time before continuing his success all the way to the 1979 NCAA finals. There, Larry’s Indiana State met Magic’s Michigan State, marking the beginning of their rivalry. Michigan State won, and Larry entered the NBA as a Boston Celtic after being drafted sixth overall the previous year.

He revitalized a struggling Celtics team that posted consecutive losing records. In Larry’s first season, they won 61 games before losing in the conference finals. Larry was considered a versatile player who brought out the best in his teammates. Apart from being a prolific scorer and rebounder, he was also considered a crafty defender. Larry and Magic continued to post incredible numbers and clutch performances time after time.

Larry retired in 1992 due to a back injury. By then, he compiled an enviable resume of three NBA titles, three consecutive MVP titles, and two Finals MVP titles. Larry also won the 1992 Olympics as part of the Dream Team with Magic, Michael Jordan, and others. About five years after his retirement, Larry became the head coach of the Indiana Pacers. At the time, he said, “I’m new at this (coaching) game, but I feel I can get the job done. I have all the confidence in the world that I’ll be able to handle these guys and do the things that are necessary to win games.”

In his very first season, despite having no previous coaching experience, Larry took the Pacers to the Conference Finals, winning the Coach of the Year award in 1998. In 2000, they made it to the NBA Finals, losing to the Lakers. After quitting coaching that year, Larry took up the role of President of Basketball Operations in 2003, winning the Executive of the Year award in 2012 and eventually stepping down in 2017.

At the time, Larry said, “I felt it was time to step away in a full-time capacity. This has nothing to do with my health or our team. I’m 60 years old, and I want to do other things away from basketball.” He remained in an advisory role with the team. Larry was inducted into the Naismith Memorial Basketball Hall of Fame in 1998, and in 2019, he shared the NBA’s Lifetime Achievement Award with Magic.

Furthermore, Larry was honored in 2021 as one of the 75 greatest players of all time. Since stepping down from his role in Indiana’s front office, Larry seems to be enjoying retirement. From what we can tell, he lives in Naples, Florida, with his wife, Dinah Mattingly. They adopted two children, Connor and Mariah. On the business side, Larry owns a hotel/restaurant in Terre Haute, Indiana.