Where is Les Wexner Now? 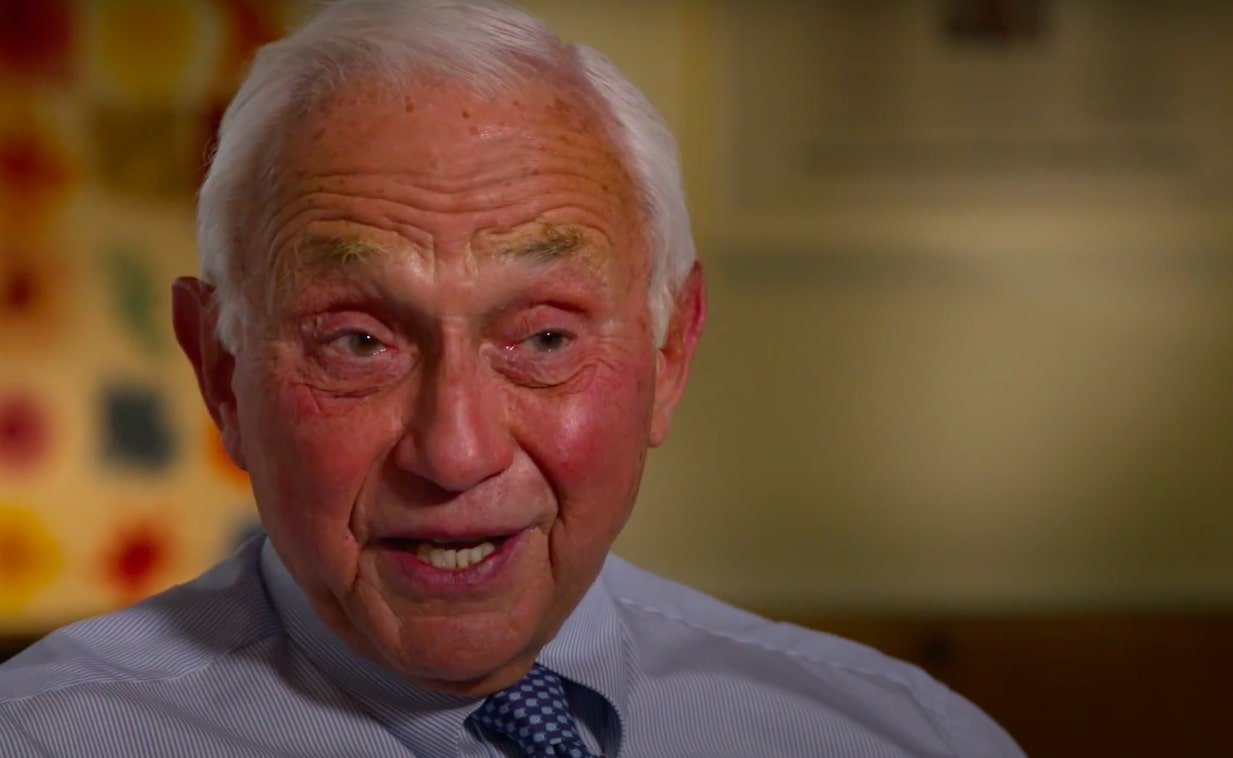 The documentary series, ‘Jeffrey Epstein: Filthy Rich,’ is not only a collective narrative of Jeffrey Epstein and his actions but also several others who played a prominent role in ensuring that he got away with what he did. While some of them alleged that they did not know about the darker side of affairs he was invested in, it has become increasingly difficult to digest that perspective. While he lied about his credentials and rose up the ladder in Wall Street, a billionaire who kept Epstein close as a financier was Les Wexner.

Who is Les Wexner?

Leslie Herbert Wexner was born in 1937, in Ohio. He graduated from Ohio State University and received a major in business administration. Wexner has also served in the Air National Guard. He initially worked with his parents’ retail clothing store. He prematurely left law school and began helping with the family store, which was called Leslie’s. He soon gathered the knack for smart business. In 1963, he borrowed money from his aunt to start The Limited. It was aimed to sell moderately priced common clothing merchandise, which would garner more revenue. His parents soon closed their old shop and started working with their son.

Wexner’s business thus grew proportionally over the years and opened its 100th store in 1976. In the 1980s, he purchased other companies under his retail holding. Wexner, who was fascinated with the high-quality products of Victoria’s Secret, purchased it from Roy Raymond when he went bankrupt. Under Wexner, the company’s net worth grew to $ 1 billion. Victoria’s Secret now does not have the kind of sales it once did, but Wexner built a marketing conglomerate that includes several companies like Pink, Le Senza, Bath & Body Works, etc. He has been recognized and honored with various accolades over the years.

Wexner is also a philanthropist and has served as a trustee on the board of Ohio State University. His political affiliations hold public value as he donated $ 500,000 for Jeb Bush’s presidential campaign. In 2018, he cut ties with the Republican Party due to the disparity of beliefs. He married Abigail S. Koppel in 1993 and has four children.

Les Wexner’s close ties with Jeffrey Epstein is believed to have started in the 1980s. Epstein worked as a financier for Wexner and was also part of his inner circle of close friends. Wexner’s property, the Herbert N. Straus  House, was given to Epstein in the 1990s. This was the same house from which Epstein’s collection of child pornographic photos were seized. Epstein was also on the board of the Wexner Foundation in the capacity of a trustee.

Jeffrey Epstein is believed to have used his connection with Wexner to sexually exploit young women, posing as a recruiter for Victoria’s Secret. The claims were made stronger when the actress Alicia Arden filed a police report against Epstein that saw no consequence. Even in the documentary, she talks about how a seemingly normal audition soon turned into a nightmare. In addition, Maria Farmer’s allegation of being sexually assaulted on the property in Ohio also called forth attention to Wexner. Though Epstein was charged with unlawful sexual activity with a minor in 2006, Wexner is presumed to have cut ties with Epstein only in 2008. He would not be the only one as other influential figures were also believed to be associated with Epstein well after the case.

Where is Les Wexner Now?

In 2019, Wexner told his foundation that Epstein had taken a large sum of money from him. He supposedly came to know about this in 2007, after which he decided to cut ties with him. He said: “In the process, we discovered that he had misappropriated vast sums of money from me and my family. This was, frankly, a tremendous shock, even though it clearly pales in comparison to the unthinkable allegations against him.” In early 2020, Wexner was under more scrutiny when the survivors of the Ohio State University Abuse scandal asked to look into Maria Farmer’s case, which happened in Wexner’s property.

In February 2020, Wexner stepped down as the CEO and chairman of L Brands. He also sold 55% of Victoria’s Secret to Sycamore Partners. Though there were allegations of misogyny and culture within the company, Wexner has refuted those claims. He presently lives with his wife in New Albany, Ohio.

BREAKING: Les Wexner is stepping down as chairman and CEO of L Brands, the parent company of Victoria’s Secret.

The company is selling a 55% interest in Victoria’s Secret to Sycamore Partners for $525 million https://t.co/Ua39ZFvZOO pic.twitter.com/CmSQP8vvls