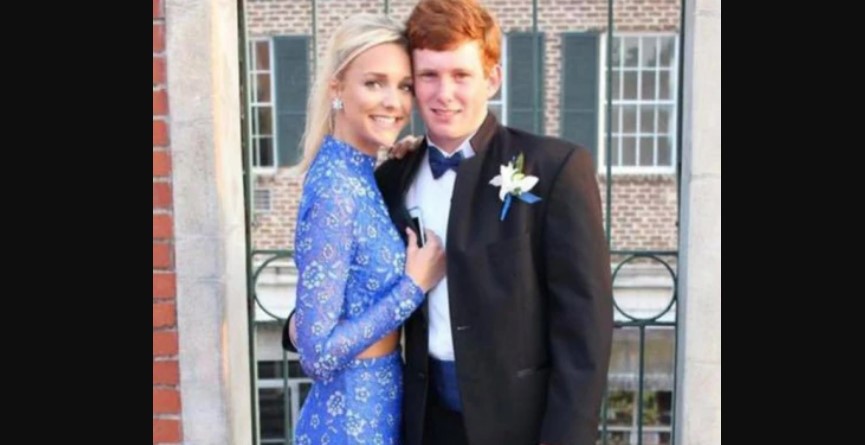 One evening in February 2019, a group of six friends from Hampton, South Carolina, were looking forward to a night out at a party. But during the early morning hours of February 24, everything changed because of a horrific boating accident. Morgan Doughty was one of the six that had to deal with injury and losing a friend. HBO Max’s ‘Low Country: The Murdaugh Dynasty’ focuses on the various controversies surrounding the Murdaugh Family and delves into the accident; Morgan’s then-boyfriend, Paul Murdaugh, was accused of driving the boat under the influence. So, if you’re wondering what happened to Morgan since then, we’ve got you covered.

Who is Morgan Doughty?

At the time of the incident, Morgan Doughty was in a relationship with 19-year-old Paul Murdaugh from the influential Murdaugh family. On February 23, 2019, the two planned to attend a house party along with Connor Cook and his girlfriend, Miley Altman, and Anthony Cook and his girlfriend, Mallory Beach. The group decided to head to the party in Paul’s boat and stopped at a local convenience store to buy alcohol. At the time, all of them were under 21, and Paul used the ID of his older brother, Buster Murdaugh, to purchase liquor.

But around 2:20 am on February 24, 2019, the boat crashed in a creek near Parris Island, South Carolina, ejecting three of them from the boat and ending with the death of Mallory Beach. At the time, Morgan survived the accident but suffered severe injuries to her hand, fingers, and other parts of her body and was immediately rushed to the hospital. Legal documents later revealed that Paul was drunk and belligerent that night and insisted on driving the boat despite his state.

According to Anthony and Miley, Paul had gotten into an argument with Morgan and had “slapped, pushed and spat” on her. Morgan later remembered how she and Mallory cowered in the boat holding hands while Paul sped away. Furthermore, she stated that Paul never spat on her when he was sober but had the problem of drinking to excess. Morgan also claimed to have seen him smoke weed and take cocaine.

In the years after the accident, Morgan stated that Paul drank almost every day and would always get to the point where he was grossly intoxicated. She claimed that Paul’s parents and his brother knew about him drinking and then driving but did nothing to stop it. According to Morgan, Paul’s parents appeared to condone his behavior and provided him with credit cards to buy alcohol. Furthermore, she had videos where Paul appears intoxicated on a boat with other minors after drinking alcohol allegedly provided by his parents.

Where is Morgan Doughty Today?

While Paul Murdaugh was charged with boating under the influence, he never faced trial because he and his mother, Maggie Murdaugh, were found shot to death on their property in June 2021. In January 2022, Morgan filed a creditor’s claim for $10 million against the estate of Paul and Maggie. In the following month, Morgan sought punitive damages for “permanent scarring and disfigurement” because of the accident. In court documents, Morgan revealed that Maggie spoke to an intoxicated Paul sometime before the crash and knew he was drunk.

However, Morgan claimed that Maggie didn’t stop him from driving the boat. She proclaimed that Maggie had liked social media posts showing her son drinking. Since then, it appears that Morgan has done her best to move on from the incident. She lives in Ridgeland, South Carolina, and is now in a happy and loving relationship. In addition, Morgan cares for a pet dog and recently visited Florida with her boyfriend. She fondly remembers Mallory and recently got a tattoo with Miley and another friend to honor their friendship.